10 Ways to Hedge Your NFL Bets 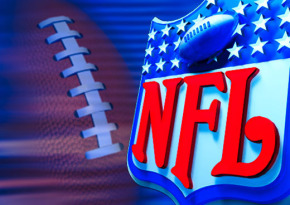 What’s a bettor to do? And not do? Here are some thoughts about plowing your way through the myriad of choices.

1. Don’t pay for tout services and “experts” who proclaim their ability to beat the spread.

Their opinion is fine, but should not be gospel. Even NFL players themselves would have trouble picking two games out of three against the spread.

This is the premium of 5 percent to 10 percent you invest for the privilege of gambling. It means you can’t wager every game equally. Your season-long prosperity depends on slamming a few games, perhaps tripling your usual wager and hitting enough of them.

One that I love involves the NFL Red Zone. It shows every team once they reach the 20-yard line of their opponents. These sequences reveal character and discipline. Good teams punch it in from there. Fragile teams don’t. The Cleveland Browns play much better than their 1-31 record the last two years indicates. But, turnovers inside their opponents’ 20, including some that led to immediate touchdowns yielded, deflated them.

4. Injuries to offensive lineman are more important than injuries to quarterbacks or wide receivers.

A solid line can still provide run blocking and enough pass protection for any quarterback. But if the pocket collapses, so does your quarterback.

5. Certain teams start slowly and pick up heads of steam throughout the year.

New England often does this.

The Minnesota Vikings were the best team in football against the spread last year, 11-4-1. The Los Angeles Rams had the best over-under mark at 10-5-1. One reason is that their improvement over the previous year occurred faster than odds-makers expected. There will be a team like that this year, maybe you can find them and ride them. Maybe it’s the 49ers?

Great tools. They allow you to hedge the bet by moving the line six points in any direction you want, but you must bet more than one game and hit each to collect.

Take note of every team’s projected win total for the year.  They are good forecasts, selected by seasoned odds-makers. If a team looks too far off the mark one way or another by midseason, think about playing into that imbalance.

9. For some reason, when injured quarterbacks return during the season, their teams are less likely to cover the first week.

Perhaps the team got used to the substitute.

A good one will steal you a game or two late in the season.