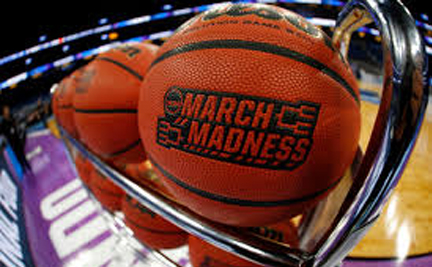 The 2020-21 college basketball season is finally upon us. Last season came to an abrupt halt right before March Madness due to Covid-19. Let’s see where some of the top teams stand, half a year later.

Basketball season is finally here! It’s been a long wait—45 days—since the L.A. Lakers beat the Miami Heat in the NBA Finals, but the NCAA season will finally begin with a full slate of games next Wednesday, November 25. Since last season was suspended just short of the postseason tournament, let’s take the Top 10 teams from last year’s final rankings and see how they stack up one season later.

The most significant change in the Kansas Jayhawks’ roster this season is the loss of star center Udoka Azubuike to the NBA draft. At several points last year, Azubuike carried the team, and was one of the nation’s best and most dominant players. This is a huge loss, but one that a deep team like Kansas can afford. They brought in just one ESPN Top 100 recruit in SG Bryce Thompson (#29), so all signs point to Coach Bill Self relying on his veteran players this season. This is always a good sign for a college team, and it’s why the Jayhawks find themselves down just a few spots (#6) in the preseason AP Poll, despite losing their undisputed best player.

Reap the rewards at CaesarsCasino.com. Just sign up to play and make your first deposit. It’ll be matched 100%, up to $300 in casino bonus play.

The Bulldogs of Gonzaga University in Spokane appear to be as good, if not better, than they were last season, when they finished as the nation’s second-best team. The Bulldogs lost two starters, but retooled by adding the #2 point guard in the 2020 class (Jalen Suggs) as well as the #59 and #62 recruits. This team should be a force and Suggs may just become one of the nation’s best. Expect huge things from this year’s Bulldogs squad.

Unfortunately, this team was ranked as highly as it was for the sole reason of possessing the best player in college basketball. With that player (Obi Toppin) off to the NBA lottery, Dayton doesn’t have the same title hopes this season (or anything close to it). This team is returning some other key players so don’t expect a complete tank, but their 2019-20 magic has run out.

The Florida State Seminoles are unfortunately in a similar position to that of Kansas and Dayton. They’re losing their top two players to the NBA and need to retool. They successfully signed the #5 recruit in ESPN’s Top 100 in Scottie Barnes, but will that be enough? With no other Top 100 recruits and frankly, not too much else going on in the current roster, expect Florida State to be out of the Top 10 and ACC title hopes this season.

This team could be scary this season. Baylor isn’t losing anyone of significance and is adding two Top 100 recruits. Guard Jared Butler was one of the best scorers in the country last season, and hopes to build on that in this go-round. Don’t be surprised to see this team drop fewer than seven or eight games and earn a No. 1 seed come March.

The San Diego State Aztecs are losing one of the nation’s best from a year ago, point guard Malachi Flynn. They didn’t bring in any Top 100 recruits, and didn’t seem to have too much talent outside of Flynn on that roster last season. Barring some big-time breakouts, this team looks to still win the Mountain West, but not go too crazy beyond that goal.

Get in the game and place your first sports bet at ResortsCasino.com. If your bet ends with a loss, you’ll get it back—up to $250, credited to your Sports Free Bet balance.

The Creighton University Bluejays of Omaha, while not signing any Top 100 recruits, are returning the dynamic guard group that accounted for their top four scoring averages a season ago. Creighton has chosen addition by maturity and growth in talent over new faces, and this method tends to pay off in college hoops. Expect another great season and a run at the Big East title.

BJ Boston (#7) and Terrence Clarke (#10) highlight another outstanding John Calipari recruiting class that features six Top 100 prospects. Add that to a group that (for once in Coach Cal’s life) is returning everyone except star guard Tyrese Maxey. In short, this should be a very deep, talented group. With Coach Cal’s experience and leadership, it’s hard to see this team not making a deep tournament run this year.

Similar to Kentucky, the Michigan State Spartans are losing their star guard this season. Cassius Winston was an anchor for this team for four years, and they’ll finally have to adapt to life without him. They secured the #40 and #64 recruits in the 2020 class, so only time will tell what Coach Tom Izzo will get out of this team.

The Villanova University Wildcats are losing only F Saddiq Bey this year, and while this is a big blow, they’re well tooled for it. The Wildcats are returning every other key player, including highly recruited guard Bryan Antoine, who sat out most of last year to injury. Villanova’s been an extremely relevant bunch every season for the past decade-plus, and you can count on that trend continuing this time around. Expect a trip to the Big East championship and a deep NCAA tournament run.

Make your first sports wager of $20 at BorgataOnline.com, and you’ll receive $100 in free bets. Create your new player account and get started today!