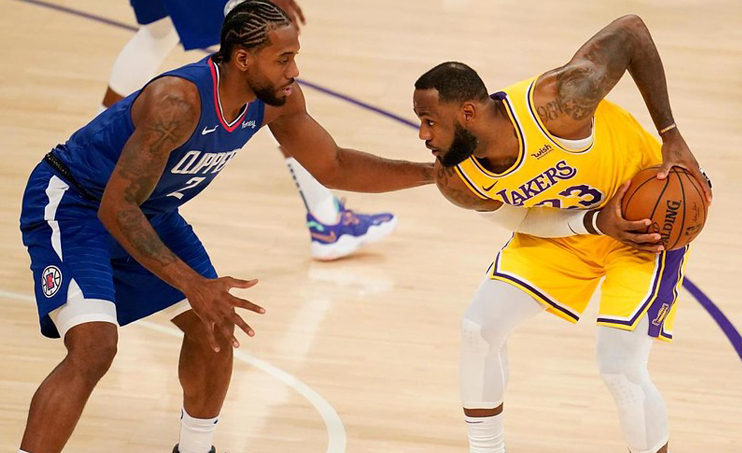 NBA action is now under way. Play to win online with this guide on how to bet the league. Let’s take a look at the teams you can rely on to cover spreads all season long. Spoiler alert: Lakers!

The NBA’s opening night didn’t disappoint, as we got a taste of the new-look Brooklyn Nets and were treated to a great Lakers/Clippers game. There’s a lot more action ahead this week and all season.

Bet On These Teams:

This one goes without saying. I don’t care that they lost to the Clippers on opening night, or that they’ve now won just six of the last 24 meetings against them. The Los Angeles Lakers (when not load-managing LeBron James or Anthony Davis) are by far the best team in the NBA, and should be treated as such in your betslips. Smash the Lakers all year.

The defending regular season champs got even better this off-season, mainly due to the acquisition of star G Jrue Holiday. Milwaukee now features an even better starting lineup, and has maintained its incredible depth. Expect a similar regular season as last year’s (56-17).

This team looks frightening. The pairing of Kevin Durant and Kyrie Irving has got to be one of the most dynamic duos we’ve seen in the NBA in recent years. From a scoring standpoint, they should be lethal. If they can play above-average defense, I don’t see how they lose. This team was the seven seed in the East last year, even with both their stars out. Scary.

At GoldenNuggetCasino.com, sports bettors are eligible for a $100 Risk Free Bet on their first settled bet. If your first bet wins, you win! If you lose, you get your money back as a Free Bet.

Bet Against These Teams:

The L.A. Clippers were arguably the most inconsistent team in the NBA last year, and were awful at covering spreads. With a toxic locker room situation in place, it’s hard to see it getting much better. They’ve retooled a bit, but it just doesn’t seem like enough to get them over the hump. Expect a lot of inconsistency again from L.A.’s little-brother team.

A lot of people might not like to see the defending Eastern Conference champs on this list, but I have yet to buy into this team and its playoff run from a few months ago, which still feels like a fluke. Jimmy Butler will never play basketball that well again, and relying heavily on shooters isn’t always a formula for success. That said, Bam Adebayo should be in line for a huge leap-year. I just don’t see this team repeating its success from a season ago.

Get your great bonuses right here! Register your new-player account at WilliamHill.com, and you’ll be awarded a Free Bet of up to $500!

Try Your Luck On These Teams:

Okay, it may be no surprise to Luka Doncic fans, but I see the Mavs greatly outperforming what they achieved last year. They improved their starting group with a trade for Josh Richardson this off-season, and drafted a couple young wings in Tyrell Terry and Josh Green, who should supply solid minutes off the bench. Luka should be in the running for league MVP, as he’ll continue to improve. And if Kristaps Porzingis can stay healthy, the Mavericks should be one of the best teams in the West. Don’t be afraid to take the spreads on this team this year.

Philly is coming off an extremely disappointing season, rivaling the Clippers’ inconsistency and inability to cover spreads. Even so, the Sixers have undergone a complete overhaul, and look much better this season. Trading Al Horford and the aforementioned Richardson for shooters in the form of Danny Green and Seth Curry should maximize the skill sets of both Joel Embiid and Ben Simmons. Shake Milton also looks primed to make a big jump this year. And with Daryl Morey and Doc Rivers now in charge, all signs seem to point to a big improvement this season for Philadelphia.

Look for plenty of teams in contention this year, which will make a fun season for betting. While the Lakers look likely to repeat as NBA champions, there are so many talented teams, wide-eyed at the prospect of taking the title away from them. Stay tuned and best of luck!