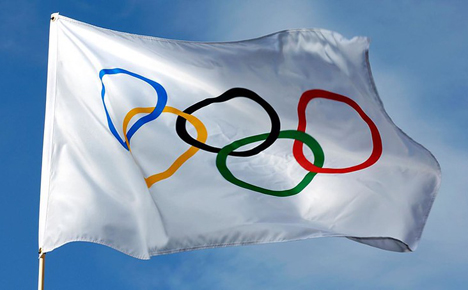 Jon Rahm and Bryson DeChambeau won’t compete in Olympics men’s golf, due to Covid-19. Who’s next in line to win?

The 2020 Tokyo Olympics will be the second consecutive Summer Games that feature golf, as the sport made its return in 2016 in Rio de Janeiro.

Unfortunately, the oddmakers’ favorite, U.S. Open champ Jon Rahm of Spain was forced out due to Covid-19, along with 2020 U.S. Open winner Bryson DeChambeau.

Rahm also tested positive for the virus during the Memorial Tournament in June, where he held a six-stroke lead after Round 3. He withdrew that time too, but won the U.S. Open last month and just finished T3 at the Open Championship. One would have expected to see him in Japan.

“I would have loved to have been the first Spanish Olympic gold medalist in golf,” Rahm said in a statement issued Sunday, “but unfortunately, destiny had other plans. This is a great reminder for all of us that we’re still in a pandemic, things are not over, and we still need to fight together to get through this the best we can.”

It was too late for the Spanish team to replace Rahm at the Tokyo Olympics; his teammate Adri Arnaus will stand alone for Spain in a field of 59 golfers. Team USA, meanwhile, has swapped DeChambeau for Patrick Reed. The event will tee off Thursday, July 29 at the Kasumigaseki Country Club in Saitama, Japan.

The tournament will be a 72-hole individual stroke play event, which will take place over four rounds. Unlike typical PGA events, there will be no halfway cuts. This means all the remaining players will play the full four rounds. With so many good players involved, you never know who will make a furious rally towards the end.

If players are tied for medal positions after 72 holes, a three-hole playoff will ensue. If players are still tied after the playoff, it goes into sudden death.

Let’s take a look at the odds and highlight a couple of players:

Ireland’s Rory McIlroy followed Rahm in the odds at +1000. With DeChambeau out, three Americans follow McIlroy to round out the upper tier: Xander Schauffele (+1000), Collin Morikawa (+1000), and Justin Thomas (+1100).

2021 Masters champion Hideki Matsuyama of Japan is the other notable taking part in the competition. His odds to win the gold are listed at +1800.

Of course I’m rooting for the Americans, but when it comes to betting on this event, I’m throwing a little pizza money down on Matsuyama out of this group. He’s talked about how excited he is to represent his country, so you know he wants to be there. On top of that, he’s won at this venue before. He took down the 2010 Asian Amateur Championship at this track. That kind of experience goes a long way at these kinds of one-off events.

Get your 2020 Olympics Golf Booster at PointsBet.com. Collin Morikawa, Xander Schauffele, and Justin Thomas have the 3 best odds to win Gold!

One guy I’m sprinkling some money on at +4000 is Sungjae Im.

Last year’s Masters runner-up has 16 Top 50s, six Top 25s, and three Top 10s this year. He’s played in much bigger events with stronger competition, and has the experience and mental capacity to win the gold.

Let’s take a closer look at this week’s contest, with odds for all golfers short of 50/1 to win. Odds courtesy of PointsBet.

Before you wager on the 2020 Olympics, better up your game! Learn the Basics of Betting on Golf at iGamingPlayer!