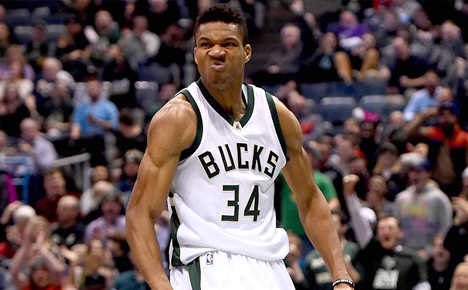 Betting on the NBA awards? In a changing season, affected by Covid dropouts, let’s look at the odds for each of the big ones, and find a value pick for each.

The NBA season is rolling now, and despite the surge of Covid dropouts, the show will go on. The league’s individual award races are taking shape, but with plenty of season left, things can change fast.

Want to cash in some big bucks at season’s end? Take a flier on these players.

Reigning NBA Finals MVP Giannis Antetokounmpo (above) has two of these awards under his belt and is well on his way to a threepeat. He’s averaging 27pts/12reb/6ast and his team, the Milwaukee Bucks, are Top 3 in the East, where they likely will remain and finish.

If Giannis consistently dominates on both ends of the floor while leading his team to a top seed in the playoffs, he’s a viable pick to lift this trophy.

Take your NBA betting to the next level with One Game Parlays at BetMGM. Bet $10 on any NBA One Game Parlay and get $30 in Free Bets regardless of the outcome. 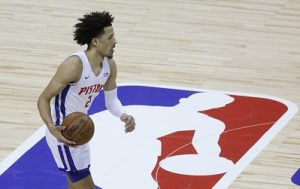 The No. 1 pick in this year’s NBA rookie draft, Cade Cunningham got off to a bit of a slow start. He’s finally coming into form and is up to 15pts/6reb/5ast/1.5stl a game. His team, the Detroit Pistons, are on their way to another awful season record-wise, but Cunningham is providing plenty of excitement and glimpses of what’s to come for this franchise.

Take advantage of the odds due to Cade’s slow start, and jump all over this line before it shrinks.

New players, opt in and make $100 worth of NBA bets at Caesars Sportsbook, get a digital gift card towards an NBA Jersey of your choice! 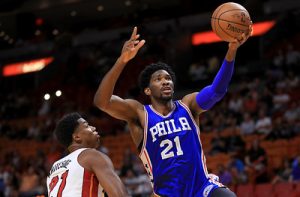 Philadelphia 76er Joel Embiid was the first runner-up for MVP a season ago, falling just short to fellow big man Nikola Jokic. Joel is regularly in the conversation for DPOY, and while he may not be a finalist for MVP again this year, look for him in the DPOY race. The Philly low post force grabs 11 rebounds a game, nine of which come on the defensive end, to pair with 1.5 blocks and a steal on average. There’s a feeling that Embiid is still gravitating towards his best ball this NBA season, and that will unlock even more defensive potential.

Our take: +2500 is just way too juicy for someone who’s regularly in the NBA Award conversation, year-in and year-out.

Hey Sixers fans, sign up to wager on Embiid at PlaySugarHouse, and your first deposit will be matched, dollar for dollar, up to $250. 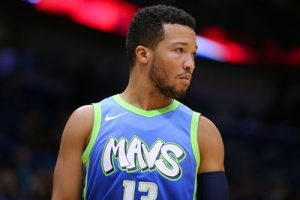 Jalen Brunson of the Dallas Mavericks is putting up clear-cut starter numbers so far, alternating between the starting lineup and bench. Brunson has played the second-most games on his team so far, and also served as an anchor and consistent force for Dallas. His 16pts/5.5ast/4reb are more than enough to put him in this conversation, and if the Mavs continue to use Brunson as a hybrid sixth man/lineup fill-in, he’ll have the playing time to make a real case.

Expect a serious push from Brunson and at +3000, this is worth a shot. 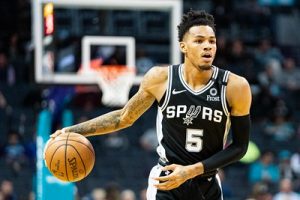 Dejounte Murray of the San Antonio Spurs could be a candidate for Most Improved Player every season, as he continues to steadily hone his game. A year ago, Murray finished with an average of 16pts/7reb/5.5ast, a great season for the young San Antonio point man. But so far this year, Murray has elevated his game to another level. He’s now at 18pts/9ast/8.5reb for the season and is looking like one of the best young floor generals in the NBA. Adding two points to your average is impressive but doing so while also bumping your assist average by 3.5/game is almost unthinkable.

Murray is quietly having an elite season and should easily be in the NBA Awards discussion come the end of the regular season.

Join Unibet Sportsbook to bet the NBA this season. Once you add funds, your first cash bet is insured up to $500 if you don’t hit a winner.

There are a little more than 45 games left for each NBA team this season, so these narratives could change, and then change again. But it’s always worth taking a chance on some juicy odds at this point, before everyone really turns it on down the stretch.

With lots of Covid Do Not Plays flying around right now, look for diamonds in the rough, just waiting to be snapped up. Good luck and enjoy the season.