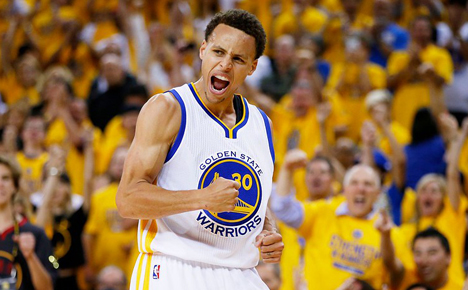 One week into the NBA season is the perfect time for some way-too-early season predictions. Here is what to expect this year.

In the NBA early season, the world’s most dramatic pro league is off to a classic start, with All-Star Sixer Ben Simmons holding out for a new reason every day. It’s the start of another chaotic, off-the-wall NBA season. Here are some fittingly bold predictions for how the season will unfold.

After a couple seasons of Klay Thompson injuries and missing the playoffs, the Golden State Warriors appear ready to strike. After an MVP snub a year ago, Steph Curry is off to a video game-like start, leading the Dubs to a 3-0 record.

Jordan Poole has taken a clear talent leap over the offseason, and will serve as starting shooting guard until Klay returns, at which point Poole will fill in as the sixth man. The Warriors also have a lot of young pieces and draft capital to make a big trade splash if they so desire.

Expect a lot from Golden State this year, and don’t be shocked if they land on top of the basketball world. 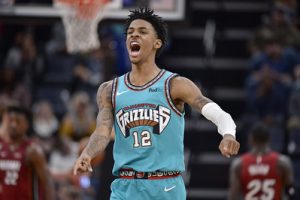 Murray State product Ja Morant clearly improved in the second season of his young NBA career, and Year 3 may be an even larger jump. Morant is averaging 35/8 through the first week of the season, and while Ja can’t realistically maintain that level for a whole season, he might not fall too far off.

The Memphis Grizzlies as a whole have also improved, with the return of stud forward Jaren Jackson Jr and emergence of De’Anthony Melton as starting shooting guard.

This is a deep, young team that’s shooting for the stars. Let us not forget that they gave the top-seeded Utah Jazz a legitimate scare in the first round of the playoffs last year. Expect big-time improvement from Memphis this season.

Get NBA Parlay Insurance at BetMGM! Place a one-game parlay with at least four legs on any NBA game. If all legs hit but one, get your stake back in free bets up to $25.

The Chicago Bulls’ starting five look almost completely different than at the beginning of last season. The Bulls acquired center Nikola Vucevic at the trade deadline, then went on to sign Lonzo Ball and DeMar DeRozan in free agency this summer. They now own the NBA’s best record at 4-0, and look to have a very promising season ahead.

The Eastern Conference is top-heavy and it’s unlikely that the Bulls will earn one of its top seeds. But they could very well earn a Top 6 seed and avoid the play-in tournament. This should be a relatively safe bet from a suddenly very solid team.

Get Same Game Parlays for all NBA Games at PointsBet! Choose the game and choose the parlay. Pick your legs, place your bet, and watch the action all in one game! 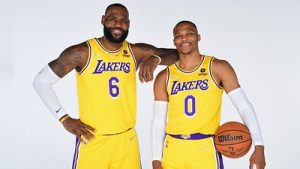 The L.A. Lakers took an unpopular approach to this offseason, adding as many established veterans as possible and filling in young players on cheap contracts.

Specifically with the acquisitions of Russell Westbrook and Carmelo Anthony, the Lakers will be counting on past-their-prime players to provide important sparks to the team in big moments. This will be fun for NBA fans to watch, but it doesn’t necessarily translate into wins.

Bottom line, I don’t see the Lakers improving on their 2020-21 season, when they finished as a 7 seed and entered the play-in tournament.

Want to take a flier on the Lakers? Double down on your first settled bet at Golden Nugget. Place your bet on any market (min. odds -200) and your stake is matched with a Free Bet up to $250.

Another offseason has come and gone with Damian Lillard pledging his love and loyalty to a mediocre, going-nowhere Portland Trail Blazers franchise. It’s truly heartbreaking as an NBA fan to watch a superstar career like Lillard’s go to waste on such an awful franchise, but Dame D.O.L.L.A is going nowhere fast.

This just might be the year Lillard realizes he made a poor decision to stay. The Trail Blazers didn’t improve at all this offseason. And with his early struggles compounded by team injuries, the Blazers are off to a rough start.

I don’t see this turning around any time soon. You can expect Portland to watch this postseason from home.

This should be another electrifying NBA season full of drama and highlights. Make sure you stay tuned in and get in some futures bets. There’s plenty of money to be made if you do your homework! Good luck and enjoy the season.