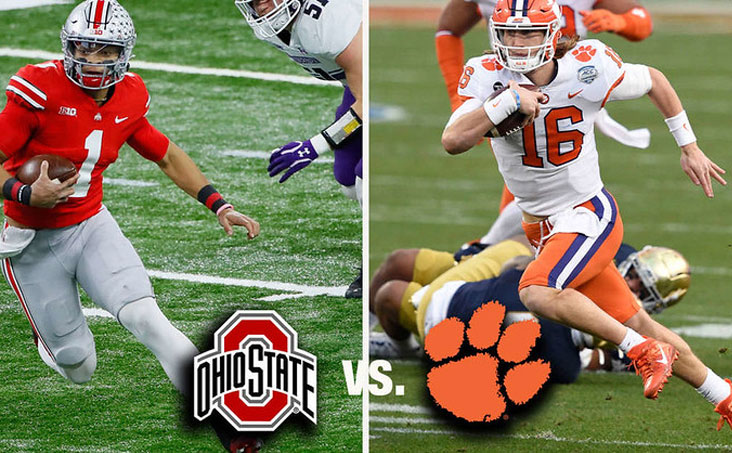 There are five matchups between Top 11 teams on New Year’s Eve & Day. Which teams will get the job done and cover their spread?

Between New Year’s Eve and New Year’s Day, 10 of the Top 11 NCAA teams in the country will face off. It’s the most exciting two-day span in the college football season, so don’t miss out on the action and get on the right side of each spread. Here are some predictions. 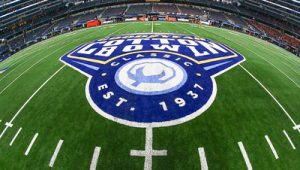 The Alabama Crimson Tide are coming off their biggest win of the NCAA season, an SEC title game victory over the undefeated No. 1 Georgia Bulldogs. They needed the victory to qualify for the College Football Playoff, and now they’re in as top seed.

The urgency level for this team drops tremendously this week, as they face a seemingly inferior Cincinnati Bearcats team. But don’t count out the Bearcats. They haven’t lost a game this season, they’re the lone remaining undefeated in the country, and they’ve played incredibly well and consistently on both sides of the football this season. The Bearcats won’t let off the gas now; 13.5 is too many points for a game with this much meaning and a Cincinnati team that is this good.

Don’t fall for the trap line, take the Bearcats!

Betting the Bearcats? Place your NCAA wager at BetRivers, and your first deposit will be matched dollar for dollar up to $250.

Who knows if it will work out this way, but it’s interesting to note that both NCAA football semifinal games feature noted trap lines (13.5 and 7.5). The Georgia Bulldogs are coming off the first loss of the season, and the Michigan Wolverines should be terrified. The Bulldogs want a rematch with the Crimson Tide more than anything, and who knows how ugly this one could get while Georgia is on its way to getting just that.

This has been the clear best defense in the league this season, and one of its best offenses as well. So if a bounce-back week has ever been in store for anyone before, it will be this week for the Dawgs.

Bet on the bowl games at Unibet Sportsbook today. Once you add funds, your first cash bet is insured up to $500 if you don’t hit a winner.

The Oklahoma State Cowboys have had an impressive season, and finished with a split against two Top 10 teams in conference rivals Oklahoma (37-33 W) and Baylor (21-16 L). A third straight Top 10 matchup has got to take its toll on a team, especially one that’s already gotten mixed results. The Notre Dame Fighting Irish were an Alabama or Michigan loss away from being in the College Football Playoff, and have something to prove after the close snub.

The Irish should come out hot and control this game on both sides of the ball. Forget a field goal margin, this one could very well turn ugly for the Cowboys.

New players at Golden Nugget Sportsbook receive up to $250 in Free Bets! Sign up in time for college bowl betting. 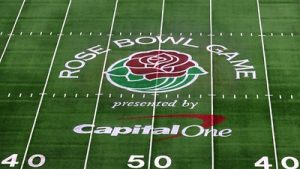 Another team that just missed out on the CFP, the Ohio State Buckeyes have vengeance on their mind after coming just one game short of qualifying as a top seed. The Utah Utes finished hot this season, including two blowout wins over No. 3 and then No. 10 Oregon in two of their final three games.

Momentum is strong for the Utes right now, but they have yet to see a team like Ohio State. This should be a close game, but the Buckeyes are too strong on both sides of the ball and will escape with a W.

Bet $50, Get $50 when you sign up to wager on NCAA sports at BetAmerica! Just create an account, make your $50 deposit, and play! 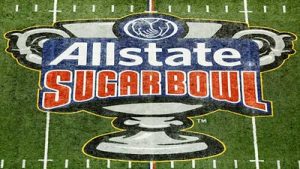 This could be the most exciting NCAA bowl game of any on this list, as the Baylor Bears and Ole Miss Rebels are pretty evenly matched. The Rebels have the best NFL Draft prospect in QB Matt Corral, but Baylor appears to have the better team as a whole. Coming off a Big 12 title game victory over No. 5 Oklahoma State just a couple weeks after disposing of No. 8 Oklahoma, the Bears have momentum on their side. They should be able to win this game outright, despite receiving a point and a half.

Starting Friday at 3:30 p.m. ET, you can turn your TV to ESPN and just leave it on all weekend. All the top NCAA bowl matchups roll right into each other. So tune in and get those bets in early and often. Happy New Year to all.

Read all about this year’s NCAA College Bowl Games at iGamingPlayer.