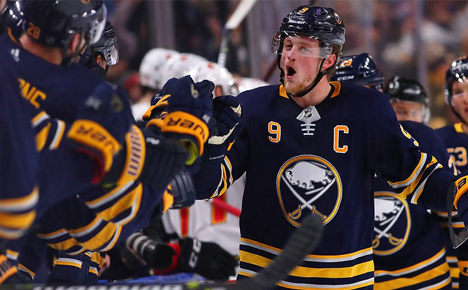 Just a few weeks in, and lots of intriguing storylines are already shaping the 2021-22 NHL season. Starting with the Eichel trade.

Less than a month into the NHL regular season, and we already have a blockbuster trade with the potential to change the hockey landscape. What are some of the biggest storylines from the season’s first few weeks? 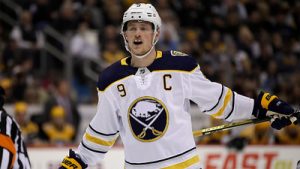 It didn’t take long for the Buffalo Sabres to give up on this NHL season. Twelve games into the regular season, the Sabres have about 12 points to show for it, and are destined for the bottom of the standings again this season.

Team captain Jack Eichel was sidelined for back surgery, then disagreed with the Sabres’ front office about which procedure to get. That caused a rift, and eventually the team traded its star center to the Vegas Golden Knights.

Vegas was one of the few teams to approve the artificial disk replacement surgery Eichel prefers. The Golden Knights traded for him, and now await his recovery. When Eichel returns, he could be the missing link that puts the Knights back in the Stanley Cup Finals. This is the kind of gamble you only see in Las Vegas.

Devil of a deal! Place a minimum $10 Single Game Parlay on any NHL game at Unibet, and you’ll be entered into a weekly drawing to win two (2) New Jersey Devils tickets! 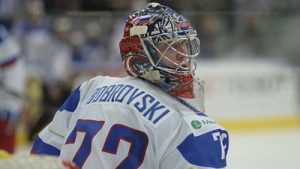 It’s been a very interesting dynamic in the crease this season for the Florida Panthers. Veteran goaltender Sergei Bobrovsky has shared the load almost 50-50 with rookie Spencer Knight. Both goalies have gotten the job done so far, as the Panthers sit atop the NHL with 21 points via a 10-2-1 record.

Knight’s development will be worth watching over the course of his rookie season, as opponents learn how to undermine him. But for now, the shared workload has worked to near-perfection for the Panthers. It could be the spark they need to maintain their role as a top team in the Eastern Conference this season.

Hit the Ice and score a $10 Live Free Bet at BetMGM! Just place a $50 live wager on any NHL game Wednesday or Thursday to receive a $10 Free Bet for your next live sports wager. 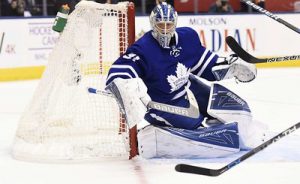 Just below the Panthers on the NHL’s standings list are the Carolina Hurricanes (10-1-0, 20 pts). And like the Panthers, they have gotten there largely due to tremendous goaltending. Frederik Anderson is the main starting goalie here, and he’s off to a 9-1-0 start. If he keeps it up, Anderson will be a strong candidate for the Vezina Trophy for best goaltender at season’s end.

Carolina has also had a very efficient offensive attack, led by wingers Andrei Svechnikov and Sebastian Aho. As a result, this team is looking much improved from a year ago.

Get up to $500 in Bet Credits when you open your new player account at Bet365. Available to new customers only. 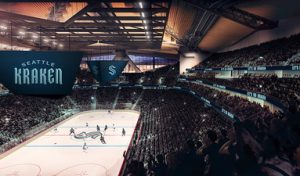 Hopes were high that the Seattle Kraken would be as successful in its first season as an expansion team as the Vegas Golden Knights back in 2017-18. That theory has already been disproven.

The Golden Knights immediately dominated in their first season, eventually going all the way to the Stanley Cup Finals. But Seattle is off to a 4-8-1 start in its first 13 games, for a grand total of nine points. The Kraken are a bottom-five team in the NHL, and may be headed for a high draft pick instead of a high seed in season one.

At Golden Nugget we know how special it is when that Parlay comes in and we want to add to that feeling… (is there supposed to be something else here? – or remove the hard return?)

The NHL season is off to an exciting start, so expect the unexpected from here on out. Keep an eye peeled for more curveballs and use the trends to make some money.

Smart bettors plan ahead! Check out these early-season futures bets at iGamingPlayer.