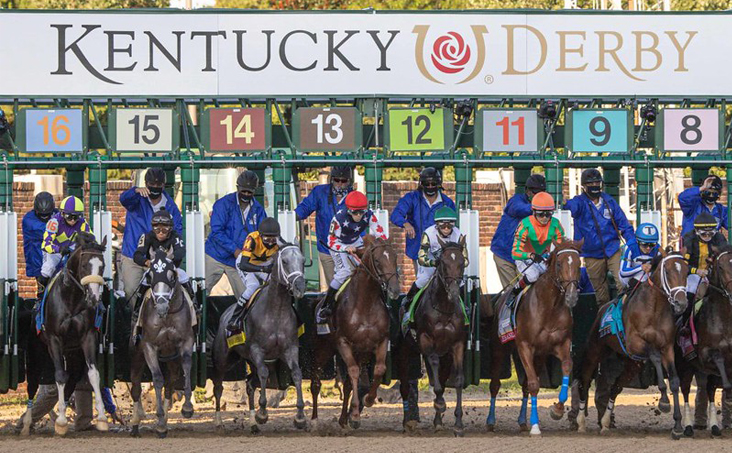 It’s (almost) post time. As we count down to Derby Day, Dawn Harris weighs in with her picks in the points era. Spoiler alert: this year’s favorite isn’t necessarily a sure thing.

One of the first things to realize when breaking down your Kentucky Derby betting prospects is that this isn’t your father’s race. And his race wasn’t his father’s race. 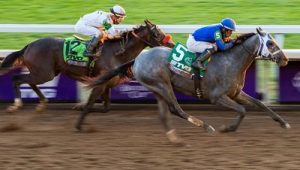 This eliminated the sprinters who blazed fast trails and cashed purses. Under the old qualifying format, some Derbys turned into a suicidal games of speed chicken, where two, three or more horses would blast out of the gate like they were shot out of a cannon. They’d set insane fractions, burn each other out somewhere in or around the far turn, then watch helplessly as a closer sailed in from 15 lengths back, went by them, and stood for pictures in the winner’s circle.

This opened up Derbys to freak-of-nature events: like 50-1 Giacomo outdueling 71-1 Closing Argument to win in 2005. And both beat the vastly superior Afleet Alex, who illustrated this fact by winning the Preakness and Belmont.

There was claiming race mainstay Charismatic, needing to win a race 13 days before the Derby just to get in the 1999 Derby. In at 31-1, he beat Menifee by a neck. There was 2011, when winner Animal Kingdom was a 21-1 afterthought in a race where overwhelming favorite Uncle Mo scratched the day before.

And nobody forgets 2009, when an unheralded New Mexico gelding named Mine That Bird went from losing his first two starts of the year—the Borderland Derby and Sunland Derby—to winning the Kentucky Derby by 6 ½ lengths. The 50-1 moonshot (who would never win again) did so with a last-to-first stretch drive that shocked even announcer Tom Durkin.

New bettors, you’ll get a $50 risk-free bet when you sign up to wager the Derby at TwinSpires.com, the home of horse racing, owned by Churchill Downs!

In the points era, claiming-race refugees, 50-1 geldings who lose the Borderland Derby and other freaks of nature are exactly that. It takes a special horse to successfully navigate a rigorous winter and early spring of preps that put a premium on stamina, tactical speed, and picking your spots. And this in an era where many top-shelf Thoroughbreds define the term “lightly raced.”

We mean speed in all its racing definitions. Don’t count Country House’s asterisk bridle from his promotion to the 2019 title in the wake of Maximum Security’s DQ for interference. Orb’s victory in the 2013 Derby made him the first and last closer to find the winner’s circle in the points era.

Since then, it’s been pace-pressers, stalkers and the occasional pace-setter like last year’s pandemic Derby winner—Authentic—wearing roses and winning immortality. You have to be at or near the front to be a front-line Derby contender in today’s points era.

Looking at this year’s Derby through the modern prism, four horses check the boxes a modern Derby champion needs to win:

When you break it down further, this narrows 20 down to four:

You’ll note that Florida Derby winner Known Agenda—the 6-1 third favorite—misses the cut. For that, he can thank his career-best 94 Beyer, one off the threshold.

Now, let’s add another hurdle: winning a 100-point prep race. Every Derby winner in the points era has one of these on the stall wall. So farewell to Highly Motivated. He finished a gutsy second to Essential Quality in the Blue Grass Stakes, earning 40 points and a Derby berth. But alas, he departs with lovely parting gifts.

Our final hurdle shared by every Derby winner since 2013 is being undefeated as a 3-year-old. Alas, we must say good-bye to Hot Rod Charlie. He finished third—albeit in a three-across photo finish—in January’s Robert B. Lewis Stakes at Santa Anita. 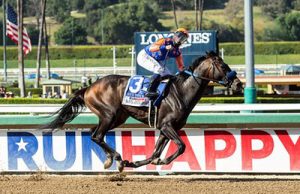 That leaves Essential Quality and Rock Your World. They’re a combined 5-for-5 this year, with Essential Quality winning the Southwest Stakes (G3) as a tune-up to running down Highly Motivated in deep stretch of the Blue Grass.

Rock Your World’s path was more eclectic. He won his first two races on turf, including the Pasadena Stakes. He proved a good horse can learn new tricks when he manhandled the Santa Anita Derby by 4 ¼ lengths in his first start on dirt. That brought him the best Beyer in the field—100—along with his punched Derby ticket.

From there, it’s a matter of pitting Essential Quality’s overall class and adaptable running style; he’s won races in a variety of ways, against Rock Your World’s athleticism and speed edge.

To this point, both have passed every test, handled every obstacle and illustrated why they’re the favorites in this Derby era.

Throw a classic Derby Day gala with tips from Churchill Downs. Click here for recipes, party games for kids and adults, betting tips, and a whole lot more. And check out the post positions for the 147th Kentucky Derby: 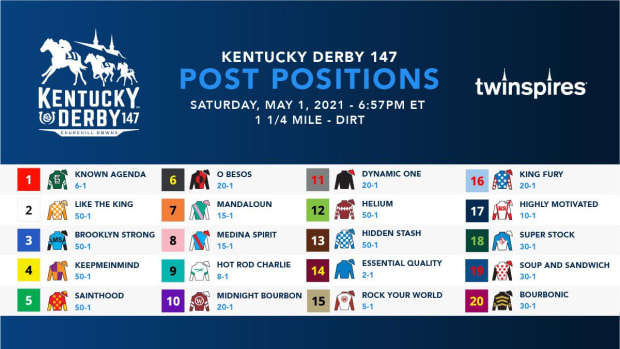