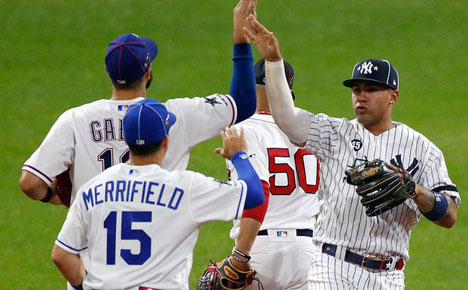 For the first time in two years, there’ll be All Star festivities in Major League Baseball. What can bettors expect out of Denver’s Coors Field this weekend?

This year’s 2021 MLB All-Star Game is going Mile-High at Coors Field in Denver, Colorado. Let’s preview the main event, the Home Run Derby and the game itself.

So far, only six of eight spots in this year’s Home Run Derby have been filled:

The Atlanta Braves’ Ronald Acuña and the Texas Rangers’ Joey Gallo are big-name home run leaders who may join the dinger party. This exciting field is filled with hot-streak potential and should make for must-see TV.

The big names so far are Ohtani and Alonso. Ohtani has essentially taken the league by storm this year, one 100-mph fastball or 400-foot home run at a time. The two-way star is dominating on the mound and at bat like we’ve never seen before, and it’s only right that the MLB’s home run leader finds his way to the Derby. With a short, efficient yet powerful swing, the Japanese slugger is almost guaranteed to put on a Sho, and should be the current favorite.

And if he’s not, defending champion Pete Alonso should be. Polar Bear Pete looked frighteningly strong a couple years ago in the Cleveland Derby, and sent a clear message that this was his competition. Barring any miracles, an Ohtani-Alonso final round seems very likely.HHehhhhh

Story was another no-brainer for the Derby. He’s a star slugger for the hometown Rockies, and is finally in his first Derby. Trey Mancini offers a feel-good story, as he recently defeated cancer before returning to baseball and launching home runs regularly.

Perez and Olson both sit on the league’s list of Top 15 round-trippers. So this field is not one to be taken lightly, especially with two spots still in the air. Make sure to tune into the Home Run Derby Monday night, as it should be great entertainment this year.

Get MLB Single Game Parlay Insurance at PointsBet.com. Bet on any game with 4+ legs and get back up to $25 if exactly 1 leg fails. Receive up to 1 free bet refund each day!

This All-Star Game features tons of fresh faces. Several players on both benches are making their All-Star debuts. At first glance, the American League side seems to offer more offensive firepower, led by a half-Blue Jays/half-Red Sox infield. Down to the end of the AL bench, there are sluggers ready to punish baseballs.

But the AL lineup will be met by an elite group of National League pitchers. Guys like Jacob deGrom, Corbin Burnes and Zack Wheeler have been electric this season, and should meet the AL’s long ball potential with some serious resistance.

The National League lineup seems kind of random, with rising superstars like Fernando Tatis and Ronald Acuña sharing the field with breakout under-the-radar guys like Adam Frazier and Jesse Winker. A few struggling teams in the Senior Circuit still managed to send multiple guys to the ASG including the Washington Nationals (3), the Pittsburgh Pirates (2), and the Cincinnati Reds (2). It’ll be interesting to see if these players prove their worth.

American League teams the Boston Red Sox and Toronto Blue Jays seem to take up most of the roster. Boston has two starters and three more coming off the bench, while Toronto has three starters and one more on the bench. For two young teams with no expectations heading into the season, both will gladly take all these All-Stars and spots in the playoff race.

The rest of the roster looks pretty terrifying from top to bottom. While the National League pitchers are very strong this year, they’ll have their hands full all game long.

Both Monday and Tuesday nights should be extremely entertaining, so don’t miss a minute of the action. Peruse futures lines for the Home Run Derby and stay active for the All-Star Game. Enjoy the festivities and good luck.

Double down on your first settled bet at GoldenNuggetCasino.com. Simply place your bet of choice on any sportsbook market (minimum odds -200) and your stake is matched with a Free Bet up to $250.

Get an MLB Profit Boost at BetRivers.com. That’s right, you’ll get a 20% Profit Boost for any Live MLB Bet every Tuesday and Thursday! Odds must be -200 or greater.

Rahm the Favorite in