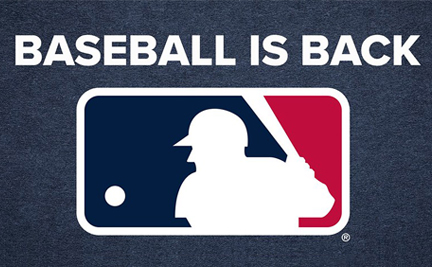 Looking for some value picks for Major League Baseball MVP and Rookie of the Year? Here are some promising candidates with favorable odds.

Looking for some value picks for Major League Baseball MVP and Rookie of the Year? We’re swinging for the fences in this 2021 MLB player futures preview.

It’s been a little over a year since the initial shutdown caused by Covid-19. Now, we’re kicking off a 162-game season, complete with daily games and fans in the stands. With a long season comes lots of preparation, especially for futures bets.

Here are some promising candidates with favorable odds from both leagues.

MLB Rookie of the Year

The only odds-on favorite I’ll include in this list (Mike Trout AL MVP just feels too obvious) is Randy Arozarena. The young Cuban outfielder burst onto the scene late last year when he became the Tampa Bay Rays’ best position player, and for a moment, was the best in the entire league during the postseason.

In his pre-rookie postseason, Arozarena broke the all-time record for home runs in a playoffs (10). It’s safe to say there are more where those came from. Arozarena should hit around .280 and slug for about 25 or so more homers. That should be plenty to take home this hardware, but maybe another AL rookie will emerge even more quickly. 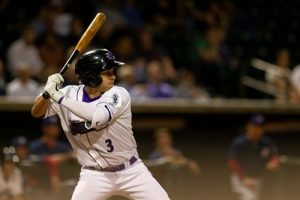 You can’t discuss elite young talent in the American League without immediately making mention of the team from the south side of Chicago. White Sox second baseman Nick Madrigal split about half his team’s games a year ago, and showed great promise in that small sample size. He hit .340 in the regular season and went on to get some valuable at-bats in a playoff run that, frankly, was cut too short. Madrigal should benefit from more experience and playing time, a new manager in Tony La Russa, and an improving young team that could quickly turn into one of the league’s best. Hitting .300+ for a top AL team would definitely give Madrigal a case for AL ROY.

What Madrigal provides in scrappiness and consistency, Garrett Crochet brings in pure fear factor. The 6’6”, 250-pound left-handed reliever releases the ball about halfway between the pitcher’s mound and home plate, and throws it in the upper 90s. Brought up very late last season after being drafted just weeks before, Crochet threw six innings across five appearances. He allowed just three hits and no runs, and struck out eight. He was called upon to face two batters in the AL Wild Card elimination game (Chicago’s final game of the season), and struck out both of them. Crochet has been dominant in the infant stages of his MLB career. Let’s see how a full season treats him.

The Miami Marlins’ Sixto Sánchez also was called upon mid-season, quickly established himself as a top-of-the-rotation arm, and helped lead his team to an unexpected playoff spot. He pitched nine times total, including twice in the postseason, and looked borderline-dominant just about every time. Sánchez figures to be Miami’s No. 1 or 2 starter this season, and even if he if is on an innings cap, he has the goods.

Here’s the biggest wild card of the entire MLB season. Ha-Seong Kim is a 25-year old two-time gold glove shortstop from Korea, coming off a .306/ 30-home run/ 23-stolen base season. The rich certainly got richer when the San Diego Padres signed Kim. But they don’t seem to have much playing time to offer the young phenom right away. The Padres’ left side of the infield is set with Tatis/Machado, and they have Cronenworth/Profar to use at second base. If Kim can find a spot and regular at-bats, he could quickly become the favorite and perhaps runaway with this award. But that is a laaaaaaaaaarge “if.”

It’s a sure thing! Register a new account at WilliamHill.com. If you lose your first bet, you’ll earn a Free Bet in equal value up to $500!

He’s one of the best third basemen in the league, year in and year out. Without a doubt, Matt Chapman is the current face of the Oakland Athletics’ franchise. His batting average has dropped each of the past couple seasons, and should rebound this year. He’s also very capable of going for 35 home runs and 100 RBIs. Not to mention Chapman is pretty universally known for his awe-inspiring defensive prowess at the hot corner. If Matt can stay consistent in both halves of the innings this year, this award could have his name on it.

The juice on Jose Abreu to win MVP is honestly baffling. 25-to-1 odds on a defending champ is unheard of. Yes, it was an abbreviated season last year, but Abreu was destroying baseballs on a team that was the American League’s best for a good portion of the campaign. He has a similar chance to destroy baseballs this year, on a team with an even better chance of being a real contender. Yes, a case could be made for teammate Tim Anderson, but if Abreu is the best player on the best team in the AL, there’s no reason why he shouldn’t repeat as MVP.

San Diego’s rising superstar shortstop has become the face of the MLB. In his first two seasons, Fernando Tatis Jr. just missed out on winning National League ROY and MVP, respectively. I don’t know if he’ll go a third year without hardware—whether in the form of a World Series ring or MVP trophy (or both). But I strongly believe he’ll get at least one this season. Here’s your official and final welcome to the Fernando Tatis Jr. Show.

He was acquired in a blockbuster trade from the Cleveland Indians along with teammate Carlos Carrasco. Now, for the first time in his career, Francisco Lindor is tops on a major-market team. “Mr. Smile” is a consistent Top 3 shortstop, and now will get his chance to shine in the Big Apple. The New York Mets’ new infield captain has shown MVP potential in just about every season he’s played. He joins a very solid lineup, with elite starting pitching that should only help this year’s case. Look for Lindor to lead this Mets team to a playoff run. If he gets the job done, it would almost certainly put him in the voting Top 5.

Baseball’s back! Place $200+ in real-money wagers on MLB Spring Training at PlaySugarHouse.com, and you’ll get a $25 MLB Futures Free Bet!

It’s an exciting time of year, with nothing but baseball every day until October. Things won’t feel completely normal coming out of a pandemic, but at least America’s pastime is back. Enjoy the season and good luck with those MLB player futures.