HomeThe Shuffle2021 MLB Postseason Picks—Right Up to the World Series

2021 MLB Postseason Picks—Right Up to the World Series 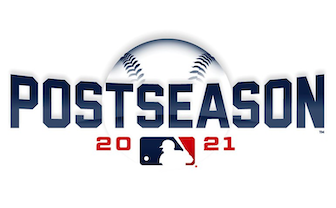 The 2021 MLB postseason bracket is final, and it’s time to make some predictions! Who will advance deep into October this year?

It’s October once more, and playoff baseball is upon us. Every team in the league has played all 162 games, and the postseason field is set. It’s time to predict just how this year’s tournament will play out, round by round.

The New York Yankees played below expectations in the 2021 regular season, while the Boston Red Sox clearly outperformed. In the postseason, give me the team with more talent and greater expectations. And if that team also has Gerrit Cole pitching in a winner-take-all Wild Card game, you can just about book their flights to Tampa Bay for the ALDS.

The St. Louis Cardinals won 19 of their final 22 games to end the 2021 campaign, including meaningless losses on the final two days of the regular season. This team cannot be denied right now—but if they could, it would be by the Los Angeles Dodgers. Nearly just as hot as the Cards, L.A.’s been right on the San Francisco Giants’ heels for the best record in the MLB all season. Now finding themselves in a winner-take-all Wild Card matchup against the sport’s hottest club, the Dodgers may be in trouble. Give me the Cards to keep surviving.

The Tampa Bay Rays have found a way to win ballgames efficiently and consistently, all year long. But with a few injuries to the pitching staff, they may be left exposed against an explosive Yankees lineup. While Tampa has the advantages in their bullpen and coaching, New York holds the advantage in hitting and probably also starting pitching. In a five-game series, give the edge to the Bronx Bombers.

Talk about two of the MLB’s most consistent teams. The Chicago White Sox and Houston Astros each have held solid division leads the entire season. In what may be the Divisional Series’ best matchup, both feature strong lineups and pitching. But at the trade deadline, the White Sox solidified their bullpen as arguably the best in the sport, and there’s no doubt that will play a big role in the postseason. Pair that with a stellar starting rotation, and it’s all you need to counter the Astros’ dynamic offense. In what should be nothing short of an incredible series, give the slight edge to the Southside up-and-comers.

It’s going to be tough for anyone to put a series of good offense together against the Milwaukee Brewers. The Brew Crew will go from a suffocating starting rotation to a tight and efficient bullpen while getting just the run support they need from their lineup. The Atlanta Braves, while intimidating, are missing their best player, Ronald Acuña, and depend way too much on the home run. Homers will be at a premium in this series, so I expect Milwaukee to advance.

Even after 107 wins (absolutely bonkers), I still don’t trust this San Francisco Giants lineup. Just about everyone on the team is playing the best baseball of his career, but I don’t expect this grand overperformance to continue into October. The Giants will either be running into the most talented (LAD) or hottest (STL) team in the MLB in the NLDS, and I don’t like their chances against either. The Cardinals might also be a better team than the Giants anyway, all streaks aside. Give me the Redbirds to advance.

This ALCS matchup would be nearly a best-case scenario for Chicago. Facing a strikeout-liable lineup like the Yankees would play beautifully into the hands of their strikeout-heavy rotation. The Sox would also hypothetically have a nice matchup against New York pitching that should allow them to supply enough run support on a consistent basis. Chicago would take this one in a short five or six.

Nope, the Cardinals aren’t done just yet. This would be a good matchup for St. Louis, as the Milwaukee lineup isn’t too great, so the pitching would be able to give the lineup a great opportunity to win each game. With a scorching hot offense, I trust this team to put up three or more runs every game. That being said, expect this magical Cards’ run to continue on to the World Series.

For the first time in MLB history, the San Francisco Giants will take on the Los Angeles Dodgers in postseason baseball. The Dodgers gave up the NL West to the Giants, then defeated the St. Louis Cardinals Wednesday 3-1 in a Wild Card game. Chris Taylor came off the bench to deliver a tiebreaker, sending the Dodgers to Frisco for what could be a legendary division series. Both sides are going to be hungry for this one. The Dodgers are -155 favorites to win at BetMGM.

Unfortunately, here’s where it ends for the Wild Card heroes of St. Louis: the World Series. Chicago is too well-rounded and too well set up for October for the Cards to prevail. That’ll give White Sox manager Tony La Russa the chance to beat his former team and win one more before he heads off into retirement.

The Sox have been on the verge of big-time success like this for a couple years now, and I think this is the year they finally make their run. In what would be a truly amazing World Series to watch, give me the Sox in 7.

We’re seeing one of the most level playing fields in any postseason that I can remember, and it truly could be anyone’s year. Yes, picking underdogs in six of nine series may be pushing it, but the MLB playoffs never discriminate against low seeds. Whichever teams are hot at the right time will be the ones to advance deep into the bracket—and I expect those to be Chicago and St. Louis.

Good luck betting on the postseason and enjoy all the action! For a complete schedule of postseason events, click here.

Get Action on These