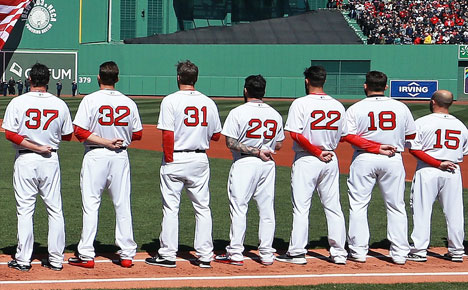 With all but a couple spots in the MLB postseason locked up, it’s time to look ahead to the World Series. So which team will win, and how?

In the 2021 MLB season, just about all the postseason berths have been filled, leaving only the American League Wild Card and National League East races to be determined. Upcoming series between the New York Yankees/Toronto Blue Jays and Atlanta Braves/Philadelphia Phillies will play a major factor in deciding those two races.

Out of 12 World Series hopefuls with a playoff spot (or a chance at one), here’s what each needs to do to be the last team standing.

The Dodgers have been sitting on top of most odds boards for some time now, despite being a Wild Card team the entire season. The talent on the Dodgers is pretty mind-blowing, and on paper, they should sweep their way to back-to-back World Series titles. But October baseball doesn’t follow a script. If L.A. avoids key injuries and plays consistent team baseball, their talent will do the rest. 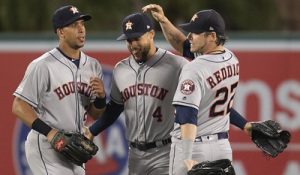 The Houston Astros have dominated the AL West all season long, and look primed for another deep run through the American League bracket this fall. While their lineup is scary as usual, the rotation is a little weaker than in years past. ‘Stros’ pitchers need to step up in a big way if they want to match up with the other teams in the AL this postseason.

The Tampa Bay Rays are a strange entity. With no star power, they always make a deep run in the playoffs. After earning the best record in the American League this regular season, they seem likely to do it again this October. The Rays don’t amaze in any way, but they know how to put together a well-rounded nine innings and get a W. This grind-it-out style of play works in the playoffs, and it just might take them to the winner’s circle. 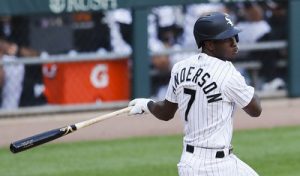 The Chicago White Sox are 22 games above .500 at home—it should be next to impossible to steal a home game from the Sox this postseason. But can they get one or two road wins to keep them moving along? The team’s stingy pitching and explosive offense have the ability, and after falling flat last October, you can expect them to have a fire in the belly. Can they get it done on the road?

This season, the Milwaukee Brewers have been led by their incredible pitching staff, for the third-least total runs in the MLB. The Brew Crew is stacked at the top of its rotation and also in the bullpen, which should combine to keep them in striking distance in any game. If their offense can consistently provide the staff with some run support, this team has as good a chance as any to win the World Series. 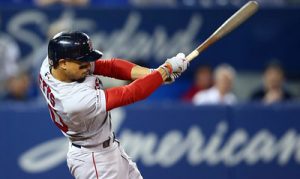 The San Francisco Giants somehow find themselves sixth in World Series odds, despite having the MLB’s best record for most of the season. The pitching staff has been unexpectedly elite, and the lineup keeps finding ways to win games. It seems like there’s an expiration date on this magnificent season-long run, but when will it come? If the entire San Fran team can maintain the best baseball of their careers—as they have been—why not take it to the limit?

Every October, the New York Yankees hang right on the cusp of a World Series run, but always fall a game or two short. Again this year, the Yankees are within striking distance. Their lineup has the potential to be one of the MLB’s best/most explosive, but they’re so home-run or strikeout-dependent. If the Yankees can be more consistent and hit for better average, they should have no problem driving in runs and giving the staff breathing room. Otherwise, the staff isn’t strong enough to lead this team on a deep run.

The Atlanta Braves’ infield is unfair. They have two MVP candidates in Freddie Freeman and Austin Riley, sandwiching a possible future candidate in Ozzie Albies. There have been some key injuries in the outfield this season, including arguably the team’s best player in Ronald Acuña. This stud-filled infield has to overcompensate to carry Atlanta through the playoffs.

The Boston Red Sox have gotten very strong production from the lineup this year, but took a bit of a downward spiral because of poor pitching. This team was definitely biting off more than it could chew. It got off to a blazing start, and has the potential to make a deep run if the starting pitching can deliver over an entire series. But that’s a big “if.”

The Toronto Blue Jays sit just one game back of a Wild Card spot in the AL, leaving them with one goal: beat the Yankees. An upcoming series with the Wild Card-leading New Yorkers gives them that opportunity. For the Blue Jays, locking up a playoff spot is the only thing that matters right now. They have to win/sweep this series to do it.

Right now, the National League’s final Wild Card team has the 11th best World Series odds. Currently boasting a 16-game winning streak, the St. Louis Cardinals cannot be touched, and they got hot at the perfect time. In baseball, the hottest team tends to have an advantage come postseason, even over the best teams. If that’s the case again this playoff run, bettors can make a lot of money on St. Louis. 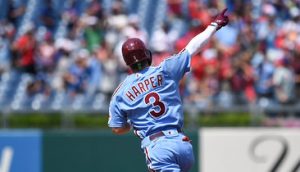 To make the playoffs, the Phillies, like Toronto, just need to win. They head to Atlanta this week to face the Braves, who hold a 2.5 game lead over them in the NL East race. Both teams will send their three best pitchers to the mound to start each game, so basically, success comes down to the will to win. Philly’s shown flashes of greatness this season, led by NL MVP favorite Bryce Harper. Don’t count the Phils out just yet.

October baseball is here, and the intensity is already through the roof. This should be an exciting postseason, with plenty of talent among the playoff hopefuls. Get some futures in while there’s time.