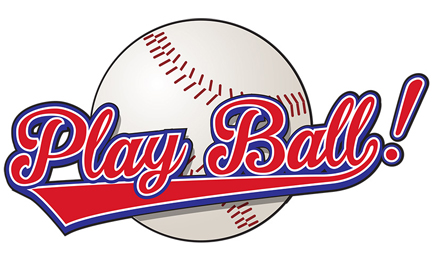 A week away from the first pitch of Major League Baseball season, let’s preview the spring training division standings and see who’s poised to come out on top.

2021 We’re a week away from the first pitch of the 2021 Major League Baseball season. Spring is in the air, hot dogs are on the grill, and the peanuts and Cracker Jacks are in your back pocket. It’s time to preview the MLB season hopefuls and see who’s poised to come out on top.

We’re coming off a well-shortened 2020 campaign, but heading into a full 2021 MLB season. There’s been plenty of uncertainty about rule changes, player status, scheduling, etc. Once those details were ironed out, players started moving around, and we saw plenty of big-name acquisitions.

Let’s see who could end up the division winners and losers. 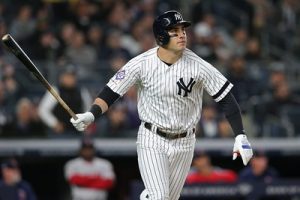 The Bronx Bombers have had top-tier talent for most of the past decade. But they’ve only won the AL East once since 2012. This team consistently makes its way into the postseason, but always ends up facing some kind of magical run from a division rival that steals the AL East crown.

Last year, the Tampa Bay Rays won the division, and ultimately eliminated the Pinstripes from the playoffs en route to a World Series loss. After Tampa’s finish as second-best, the team got rid of some key talent, including ace Blake Snell, now with the San Diego Padres. So no one should stand between Manager Aaron Boone and the division title this year. No excuses for the Yanks in the 2021 MLB season. 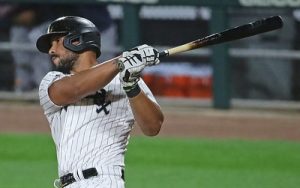 This team might be my sleeper pick to win the World Series. Legendary Manager Tony La Russa has taken over a team that’s absolutely loaded with young talent at every position.

Having a couple of young MVP candidates in Jose Abreu and Tim Anderson should make the Sox’s floor pretty high, maybe a Wild Card spot at worst. Considering that’s what the team ultimately had to settle for last year—after holding the top record in the American League for a good portion of the season—I don’t expect the same this time around. This MLB season, almost every single player on this team is still growing into his prime, and La Russa was brought in to avoid more disappointments. There should be nearly universal growth from this team. Expect big things for these 2021 MLB season hopefuls.

Join Unibet.com today and get $40 free, no deposit required! Once you add funds, Unibet will insure your first cash bet. Get up to $500 back if you don’t hit a winner.

Last season was only 60 games long, but it was the first since 2016 that the Houston Astros didn’t win the AL West. The team had a poor 29-31 showing, and was lucky to make the playoffs on a Wild Card spot. But the Astros quickly proved that this was just a rough stretch, making it all the way to Game 7 of the ALCS before watching the Rays move on to the World Series.

This team’s proven that it’s consistent. The players don’t let the headlines get to them. Despite losing George Springer to the Toronto Blue Jays, the Astros are still very talented, while the rest of the division is either treading water or regressing. This MLB season, trust the trash cans!

Check out the odds at WilliamHill.com. 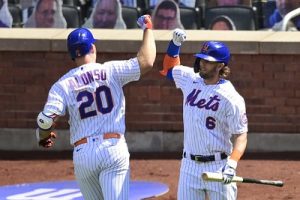 The New York Mets haven’t won this division since 2015, the year they eventually lost in the World Series to the Kansas City Royals. The team’s mostly been a disappointment since then. Until this year, that is.

New owner Steve Cohen has made it clear that he’s willing to spend a lot of money to bring a winning team to Citi Field. And he’s done just that this MLB season, adding a bunch of players this offseason that should make the Mets a playoff team for sure. If you can acquire one Francisco Lindor, Carlos Carrasco or James McCann, you’re making your team much better. Acquiring all three makes your team an instant contender for the division. Pairing these new additions with an already solid lineup and outstanding pitching staff should be a recipe for lots of wins this season. 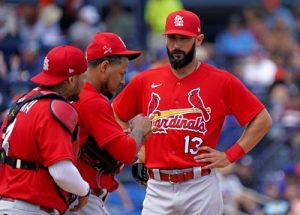 I’ve doubled down on New York as the two “East” division champs, but unfortunately, I cannot go for the Chicago sweep in the “Centrals.” Like the Yankees, the St. Louis Cardinals have had a run of recent bad luck when it comes to divisional prowess. While the Cards have been a consistent playoff team year in and year out, they’ve only won the Central one of the past five years.

Adding Nolan Arenado to the mix in St. Louis could turn the key. Most likely the best two-way third baseman in the league, Arenado will add Gold Glove defense and a middle-of-the-lineup bat to an already well-rounded ball club. This is a strong, deep division, so anything can happen. But it’s hard to bet against a Nolan Arenado Cardinals team.

Make your first sports wager at BorgataOnline.com, deposit $20 or more, and you’ll receive $100 in free bets. (Minimum odds of -200 or greater).

Slam Diego captured our hearts last season behind a highly explosive offense young superstar, Fernando Tatis, Jr. Then the Padres ran into the eventual World Champion L.A. Dodgers, who fired on all cylinders in the NLDS and caused a three-game sweep.

On the bad side, the Padres will run into the Dodgers a lot this season, as the two teams compete for the NL West title. On the good side, the Padres somehow have gotten much better. Adding Blake Snell, Yu Darvish and Ha-Seong Kim has taken this team from great to elite. Now it’s World Series-or-bust time in San Diego. This could be the most exciting two-horse race in baseball this season, but these game-changing additions, plus a fierce hunger for the division title, will give the Padres the edge. Keep an eye on this team all year!

This should be a very exciting 2021 MLB season. There’s lots of parity at the top, and plenty of room for change throughout the season. There are bound to be headlines as Covid-19 lingers and the league attempts a full 162-game season. Stay tuned and best of luck!

Before the bat meets the ball, get more insights into the 2021 MLB season and the best futures bets. Check out iGamingPlayer.

All-stars meet rock stars at HardRockCasino.com! Simply deposit $100 or more and place your first bet of $100 or more. If your pick doesn’t rock out a victory, you’ll get back $100 in cash.