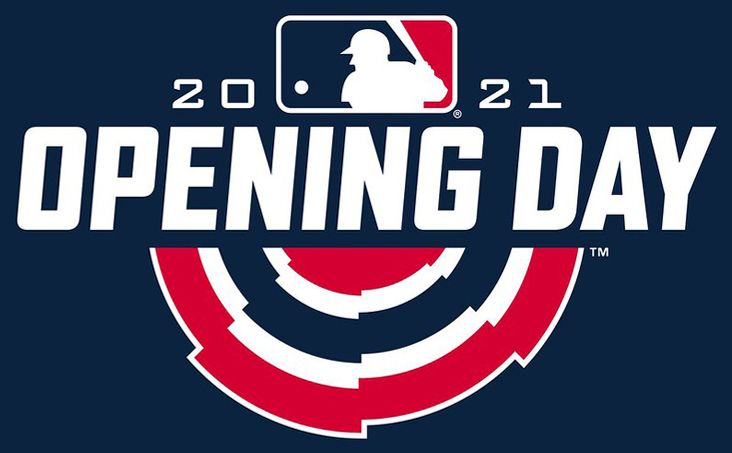 With the 2021 Major League Baseball season finally upon us, which players will lead the league for statistics? Let’s jump into some value picks for this young MLB season.

With the 2021 MLB season finally upon us, which players will lead the league for statistics? Let’s jump into some value picks for 2021 MLB stat leaders.

Major League Baseball is a unique sport. Most of the time, it takes a total effort from the entire team to win, yet each pitch is a one-on-one individual matchup. Yes, baseball is a team sport to a ‘T’. But it really puts the spotlight on individual performance.

Here’s a look at the most prominent statistical categories, with a value pick to end this MLB season. 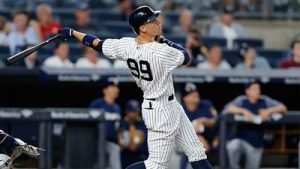 Just a few years ago, monstrous Yankee outfielder Aaron Judge clubbed 52 homers and 114 RBIs in the heart of the Bronx Bombers’ order. Judge has since struggled with injuries that kept him off the field for long stretches. He was unable to put up big stats in any season. But this year, Judge is 29 years old, fully healthy, and hitting in a loaded New York lineup. As a result, opposing pitchers shouldn’t be able to pitch around him too much this year.

With more good pitches coming in this MLB season—and assuming he stays healthy—I say Judge will smash at least 50 home runs to lead the league.

Francisco Lindor has been a top shortstop in the MLB for a couple of years. Now he’s finally playing in a big market. A trade from the Cleveland Indians to the New York Mets should be great for Mr. Smile, as he’ll now hit in a much better lineup and have better pitching in front of him than before.

Frankie gets on base. That’s always been the case, very consistently, over the course of his young career. I think this trade will inspire a career year for Lindor this MLB season, and he’ll lead the league in hits. Expect this to lead to lots of early runs for the Mets this season—something those fans aren’t used to but will be welcome at Citi Field.

PointsBet.com offers home run insurance every day the Phillies play! Place a bet on any player to hit a homer. You’ll get back up to $25 in Free bets if that player fails to hit a home run, but the team wins! 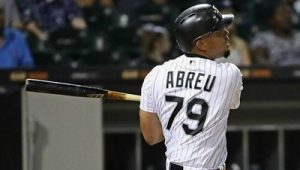 Just a year ago, Jose Abreu was arguably the best position player in baseball during the shortened 60-game regular season. He was second in the MLB in home runs (19) and first in this very category (60) on his way to taking home the AL MVP trophy.

But the question remains whether Abreu can replicate this production over the course of an entire 162-game schedule. Abreu’s Chicago White Sox should be even slightly better than they were last year, and last year they dominated the American League for most of the regular season. If that’s the case, the big boy of the White Sox is going to have endless RBI opportunities. Tim Anderson having another huge year getting on base would also greatly benefit Abreu’s chances for RBIs.

The 6’ 8” flamethrower of the Tampa Bay Rays finished 10th in this category just a season ago. But Glasnow pitched in at least 10 fewer innings than anyone else in the Top 10. His team’s starting rotation is a little weaker this MLB season, so he’ll be asked to do a lot more for this team.

Glasnow has looked lights-out in spring training, and I wouldn’t put it past him to lead the MLB in strikeouts, wins and ERA this year. This should be a career year for the Tommy Shelby look-alike.

Get A Home Run Boost on Opening Day at BetMGM.com! Wager on any game and receive $1 in Free Bets every time someone knocks it out of the park, regardless of the outcome of your bet!

The last two seasons, Max Fried has posted records of 17-6 and 7-0 respectively. Fried is now the definite ace of the Atlanta Braves pitching staff, and has a team that many are predicting to win the NL East for the fourth consecutive year. Not only is the team improving, Fried is only on his way up. He’s shown improvements in each season he’s pitched in the MLB, and this trend should continue in his age-27 campaign. And while many pitchers in the league this season might pitch well enough to earn more Ws than Fried, Atlanta should score enough to ensure that he secures a lot of them that other pitchers might not get.

In the end, Fried should sit at around 20 wins and lead this MLB season.

Celebrate Opening Day at BetMGM.com! On April 1, bet $25 on any Major League Baseball game. You’ll get $1 for every home run hit. 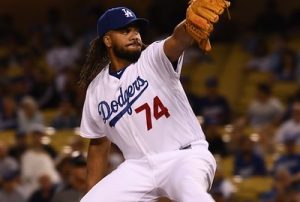 Unfortunately, the odds are lower in this category because it’s considered such an even playing field for closers to lead it. But it’s finally time to show the Los Angeles Dodgers some love. The defending World champions lost minimal talent, and arguably gained back even more. This is a rare occurrence with title teams that we coincidentally have now observed twice in one year in the same city (L.A. Lakers). That said, the Dodgers should have no problem having at least a Top record in the league all season. And with that many wins will come an absolute plethora of save opportunities. Kenley Jansen should get more of those opportunities than any other closer in the MLB, and he’s shown that he’s extremely capable of taking those opportunities. I’d call Jansen the front-runner here, but I’ll gladly take seventh-place odds at +1100!

Regular season baseball is finally back for most of the calendar year! Last season’s abbreviated schedule was a fantastic improvisation on the MLB’s part, but it’ll feel excellent to see a full season grind out this spring and summer. Watch the 2021 MLB stat leaders as we welcome back America’s favorite pastime.

So get plenty of futures bets in this MLB season, check the early-round hopefuls here, and good luck!