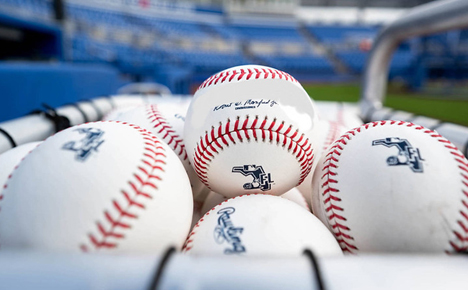 The All-Star break is over, and Part 2 of the MLB regular season is underway. With eight post-season slots up for grabs, who will win the available playoff spots?

The shining stars of Major League Baseball have all dispersed from Denver’s Coors Field, site of this year’s Midsummer Classic, and headed back home for the season’s second half.

As the season heads down the stretch run, their job is to get their clubs to the playoffs. Which players/teams will end up occupying the eight available post-season slots? 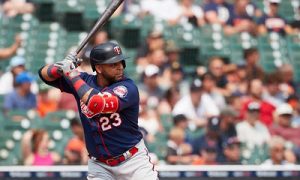 The Tampa Bay Rays are deep, both in the infield and outfield. As a result, they have a rotation system that puts just about all of their position players in regular action. The strategy has worked for the defending American League champs; they currently sit at 60-40, just one game back of the division-leading Boston Red Sox, who are tied for the best record in the American League. Now the Rays have added slugger Nelson Cruz, one of the best DHs in baseball, to an already successful lineup. This team is trending in the right direction.

To no one’s surprise, the Chicago White Sox have dominated this division all season long (32-17 vs. ALC). This is a very well-rounded team that knows how to perform consistently over an entire season. With a nine-game division lead, there’s not much cause for concern in the south side of Chicago.

Get a risk-free bet of up to $500 when you sign up to wager at WilliamHill.com.

Like the White Sox, the Houston Astros have played their division well, and hold a comfortable lead in the standings. It’s a smaller division lead than Chicago’s, but Houston has controlled it in similar fashion (28-13 vs. ALW). This team features the best lineup and pitching in the division, which should be plenty for the ’Stros to coast to a division title.

With Boston tied for the best record in the American League, it would take a catastrophic meltdown for them to miss out on this postseason. One way or another, you can count the Red Sox in.

As for the New York Yankees, they’ve been disappointing for most of the season, but are now showing signs of life. The Yanks are reportedly frontrunners to acquire Colorado Rockies star shortstop Trevor Story, which would be their best get since Derek Jeter. Whether it’s Story or another high-profile bat, expect New York to make a big move that gets them into the playoffs. Their roster is fully capable of doing so.

Get a risk-free first bet of up to $600 when you sign up to play at BetMGM.com.

Talk is that the Philadelphia Phillies are in on several of the biggest names on the trade block, and are willing to buy to win the division. While the Phils boast plenty of high-end talent, the lineup and pitching staff are currently both top-heavy, and thin out pretty easily. If the front office is willing to make some moves to acquire back-end starting pitching and relief, this team has the ability to make a serious push to overcome the New York Mets. And if they can find a trade for Marlins’ centerfielder Starling Marte, the Phils’ lineup immediately turns dangerous. The Mets, on the other hand, are known for late-season collapses in the division, and I’m ready for another one this time around.

The Milwaukee Brewers are solid on all fronts: hitting, fielding, starting pitching, and bullpen. Nothing jumps off the page about this squad, but they get contributions from the entire team and perform consistently. The Brew Crew should be able to take their six-and-a-half-game lead and sail smoothly into the postseason. Consider them a dangerous matchup for anyone.

The San Diego Padres are currently at the bottom of a three-headed snake in the NL West. The San Francisco Giants, L.A. Dodgers and San Diego Padres account for three of the four best records in the National League. The Padres are already dangerous, getting back star pitchers Yu Darvish and Blake Snell from injury. Now you can factor in the MLB’s hits leader this season, as Slam Diego was just able to trade for Pittsburgh Pirates super-utility man Adam Frazier. The Padres have the firepower to make a push past San Fran and L.A. Don’t be surprised if they do just that!

Get a 20% MLB Profit Boost for any Live Bet, Tuesdays and Thursdays at BetRivers.com. Odds -200 or greater.

It’s all but a certainty that three NL West teams will make the playoffs, so it’ll come down to which two have to play each other in the Wild Card game. I believe in San Diego, but I’m also rooting for and fully expect a Padres-L.A. Dodgers matchup later in the bracket, when the teams will play out an entire series.

The Giants have been impressive so far this season, but are clearly overperforming; it’s hard to see their success taking them to October, especially when they have to go up against arguably the two best teams in the league.

Pay close attention over the next few days, as plenty of big names are floating around and could be on the move by Saturday’s trade deadline. While you’re at it, check out some division winner futures bets. There’s plenty of money to be made with this much season still to go.

All BetMGM odds subject to change