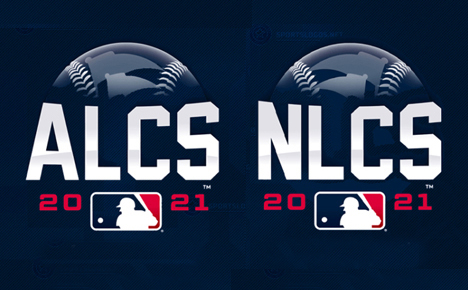 With about a month and a half left in the MLB regular season, which teams are peaking at the right time?

MLB 2021 pennant races are really starting to take shape. Legitimate contenders are starting to separate themselves from the pack and solidify their postseason spots. As team chemistry rises in the last several weeks of the season, so should the performance level of the best teams.

If the postseason started today, these 10 teams would be there. Let’s look at some current power rankings.

This choice is no surprise, as the defending champion L.A. Dodgers made the biggest waves at the trade deadline. The biggest splash was acquiring the All-Star duo of SP Max Scherzer and SS/2B Trea Turner from the Washington Nationals. Since the July 31 trade deadline, L.A. has dropped just four games. It’s officially “that time of year” for the Dodgers. Buy all available stock that’s left.

The San Francisco Giants are attempting a wire-to-wire run holding the best record in the MLB. The team has held this title almost all season long and doesn’t look to be slowing down, especially after adding Kris Bryant to the mix. With pretty much the entire roster enjoying career seasons at the same time, expect some magic out of ‘The Bay’ come October.

The Tampa Bay Rays are another extremely consistent team, and have been all season. The Rays have avoided playing streaky baseball, and instead have delivered wins at a steady pace all year. There’s no reason to believe this trend will break any time soon, and the defending American League champs are going to have a thing or two to say about this year’s AL pennant. Look forward to a nice run from the Rays again this fall.

The New York Yankees are officially, finally (!) starting to live up to their fabled name, the Bronx Bombers. After adding another couple of Monstars to their lineup in the form of ex-Ranger Joey Gallo and ex-Cub Anthony Rizzo, the bats have begun to come alive in New York. The Yanks have also gotten solid production from newly-called up SS Andrew Velazquez. This team is arguably the hottest in baseball right now, and is finally playing the way many expected this season.

Register a new account at Caesars Sportsbook. If you lose your first bet, earn a Free Bet in equal value up to $5,000!

Since making a couple of underrated acquisitions in SS Willy Adames and corner infielder Eduardo Escobar, the Milwaukee Brewers has made improvements to an already very good baseball team. Their pitching has been tremendous all year long, from the starting rotation to the bullpen. Consistency has been the Brew Crew’s calling card, and they’ll keep that going right into the playoffs.

The Chicago White Sox have been one of the MLB’s best teams all season long, and are currently in a bit of a slump. Winning just five of their last 12, Chicago’s Southsiders still sit 19 games above .500 and hold a 9.5 game division lead. The Sox are a very deep team that can beat you in several different ways. They’ll figure it out by playoff time, and shoot back up higher on these rankings.

All was lost in Atlanta after superstar outfielder Ronald Acuña went down for the season with a torn ACL. After a flurry of minor position player trades at the deadline, and a late MVP push from 1B Freddie Freeman, the Atlanta Braves suddenly hold a five-game lead in the NL East and are solid favorites to repeat as division champs for the fourth consecutive season. With the rest of the division struggling just to win a single game, the Braves might have this one handed to them.

Join Unibet Sportsbook today. Once you add funds, your first bet will be insured up to $500 if you don’t hit a winner.

Despite a recent semi-struggle, the Houston Astros have been one of the MLB’s better squads for a large part of this season. This ‘Stros bunch has been around the block and back again a few times now, and know what it takes to make a run in October. Their time of year is approaching, and don’t be surprised to see this team push for yet another World Series appearance.

For the second straight season, the Cincinnati Reds look like they might sneak their way to a playoff spot despite absolutely no one seeing it coming. Likely NL Rookie of the Year 2B Jonathan India has combined with veteran sluggers Nicholas Castellanos, Joey Votto and Jesse Winker to make for one of the National League’s most feared lineups. While they’ll probably either miss the playoffs or receive an early ticket home, this Reds team has been scorching hot and cannot be overlooked.

The Boston Red Sox have seen a big fall from grace over the past month or so. They held the lead in the AL East and even had the MLB’s best record for a good part of the season. The past few weeks, however, have been a different story. Now just trying to find a Wild Card spot, the Sox’ chances to make a legitimate playoff run have come back down to earth. They are a slightly above average team who will most likely be exposed in the postseason, if not even earlier.

This 2021 MLB postseason stretch run should be very exciting to follow. Many teams still have a chance to make a run and find a postseason spot. And as we all know from watching the Wild Card Nationals win the World Series just a couple seasons ago, anyone can make a run once the playoffs begin.

Enjoy the rest of the season and get those futures bets in early!

Yes, You Can Play Te