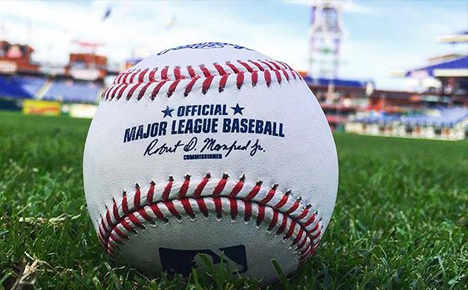 It may have been the most exciting MLB trade deadline ever, with lots of stars on the move. Which teams hit a homer, and which struck out?

A lot of baseball fans say this year’s MLB trade deadline was the most exciting ever. Handfuls of big-name players switched clubs, and a couple of teams completely blew it up. The big bang left clear winners and losers.

Let’s look at how these trades will affect odds for the rest of the season.

The L.A. Dodgers were the clear-cut winners of the trade deadline. The Dodgers made the biggest trade by dumping prospects on Washington in exchange for a couple All-Stars in Max Scherzer and Trea Turner. They also took a solid, veteran lefty—Danny Duffy—off the KC Royals’ hands to shore up an injured/underperforming starting rotation.

It’s hard to spot a weakness in this team, especially since it added these three impact players. The reigning champs have done it yet again at the deadline. As a result, the Dodgers are convincing World Series favorites right now.

The Bronx Bombers lived up to their name at this trade deadline, adding even more power to an already explosive lineup. Not only did they add two big bats in Joey Gallo and Anthony Rizzo, they balanced out a righty-heavy lineup with two lefties. Adding these guys will help the team perform more consistently against both right-handed and left-handed pitchers.

Currently, New York is just three games back of Oakland for the second Wild Card spot. The team is playing well and adding talent at the right time. Expect the Yankees to make their way to the postseason.

For back-to-back seasons, the Chicago White Sox have been contenders for best American League team. With the trade deadline, the Sox just got better. The team fortified some weak spots by adding Cesar Hernandez at second base to replace the promising but unproven Nick Madrigal. They also acquired Ryan Tepera for the middle-relief section of their bullpen.

Speaking of that bullpen, the back end also got a massive boost. Elite closer Craig Kimbrel will join his equal, Liam Hendriks, in what should be a truly stifling 1-2 punch at the end of games, regardless of the order they appear in. The White Sox were already very good. They made the right moves at the right time. While you’re checking out those World Series odds on the Dodgers, give the Southsiders a glance too. They’re real contenders this fall.

(logo/link) Place a single-game parlay bet on any MLB game with 4+ legs and get back up to $25 if exactly 1 leg fails. Get 1 free bet refund a day at PointsBet.com.

There’s not much to say here, other than in Chicago, it was time. The Cubs had a great run for most of the decade, with their main core sticking together. But the team is older now. It’s underperformed all season. It was time for the team to move on and focus on retooling with younger talent. The Cubs sprinkled players all around the league as a part of their imminent rebuild, sending Anthony Rizzo to the Yankees, Craig Kimbrel to the White Sox, Javier Baez to the Mets and Kris Bryant to the Giants.

There’s not much hope for the Wrigley faithful this year. The Cubs are heading for failure.

(logo/link) Receive a Parlay Boost token when you place a $10 moneyline wager on any MLB game at BetMGM.com.

Not only did the Minnesota Twins trade two of their best players in Nelson Cruz and Jose Berrios, they failed to trade other players who’ve become disgruntled within the organization.

It looked like Byron Buxton, Kenta Maeda, Josh Donaldson, Michael Pineda and others would be headed for the door on deadline day. But instead of capitalizing on these players’ value and cashing them in for young prospects, the Twins kept them, where they can stew in last place for the rest of the season. Don’t expect more than bad vibes from Minnesota the rest of 2021.

It was a dramatic and hectic trade deadline weekend. Now all the talent-shifting is done, and for the most part, the final rosters are heading down the stretch run.

(logo/link) Join the sportsbook at Unibet.com and your first cash bet is insured up to $500 back if you don’t hit a winner.

Take a close look at how new faces perform in their new homes, as these impacts always play a key role come October. And of course, keep an eye on those futures lines. Good luck and enjoy some pennant race baseball!