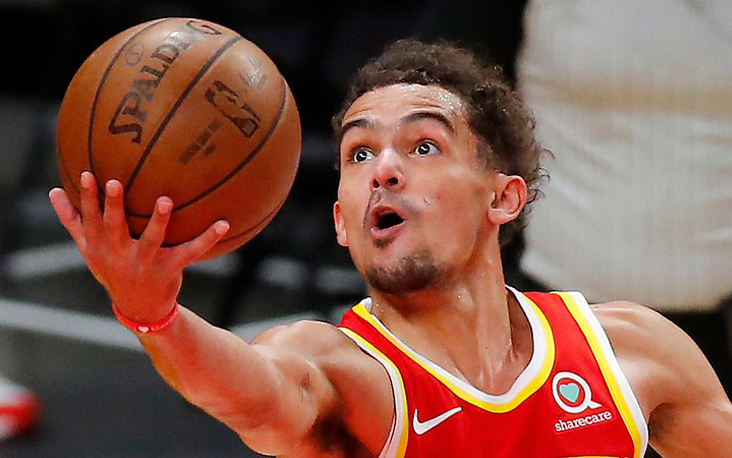 Just four teams are still standing in the NBA’s semifinal round. Here’s what each club has to do to stay in the game and lift the Larry O’Brien trophy.

The 2021 NBA Playoffs have been a rollercoaster so far. The first round went almost exactly as planned, with each home team/higher seed advancing to the second round, except one (Atlanta).

In the second round, three underdogs and one favorite advanced, and two one-seeds and a two-seed were eliminated.

Now, both favorites are up in their respective conference finals series, but can they hold on? Let’s take a look at each team and the X-factors that will determine their chances of winning the 2021 NBA Finals. 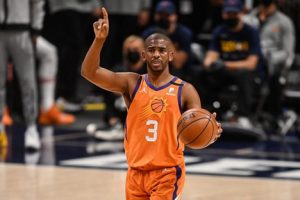 The Phoenix Suns are the deepest and most complete team left in the postseason. For the first two games of this series, the Suns had to cope with the absence of veteran leader Chris Paul (who tested positive for Covid-19), and did so by taking both games at home.

Since Paul’s return, the Suns have split the Staples Center games to bring a 3-1 series lead back home for Game 5. Phoenix has a Top 5 backcourt in the NBA (Paul/Devin Booker), a rising star center in Deandre Ayton, and a supporting cast that fits together like a jigsaw puzzle. Strong on both sides of the ball, the Suns should be able to set and control the pace of any series as a result. In my view, all this team needs is to stay on the court for the rest of the playoffs, and they should be title favorites.

L.A. Clippers (Down 1-3 vs. PHO): Slow Down the Phoenix Backcourt 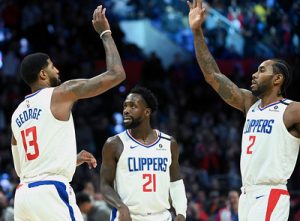 In their lone win of this series so far in Game 3, the L.A. Clippers were able to hold Chris Paul and Devin Booker to a combined 30 points on 10-40 shooting. Sure, it was impressive. Sure, it’s probably unrealistic to expect that they can keep the momentum going forward. But the fact is, the Clips needs to replicate that performance if they’re going to win three straight games with their backs to the wall.

Without star forward Kawhi Leonard, the defense of Paul George and Patrick Beverley is crucial to the Clippers’ success. While the team can absolutely complete this comeback, and Ty Lue is the right man for the mission, at this point, let’s face it—it’s a long shot. Without Kawhi, and with Chris Paul back in the game, the odds are stacked way against L.A. And that puts Phoenix on track to the Finals after Game 5.

Get NBA Single Game Parlay Insurance at PointsBet.com. Bet on any game with 4+ legs and get back up to $25 if exactly 1 leg fails. Receive up to 1 free bet refund each day!

Milwaukee Bucks (Up 2-1 vs. ATL): Continue to Dominate Down Low 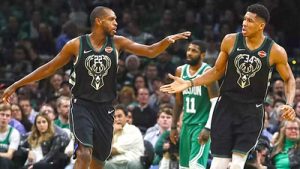 So far in the Eastern Conference Finals, the Milwaukee Bucks have seen outstanding production from the usual suspects: power forward Giannis Antetokounmpo and shooting guard Khris Middleton. The ability of these two to rise up over the defense and score relentlessly in every single game is exhausting to opponents, especially Atlanta, which is more perimeter-oriented by nature.

As long as the Bucks can keep pounding away down low and in the mid-range, Atlanta should have no answer for them, particularly if Young’s ankle injury is serious. If Phoenix is the eventual Western Conference representative, it can counter the stars more effectively, and force Milwaukee to turn to its guards for larger contributions.

And because the Bucks are capable of getting such contributions and winning the title, a Phoenix-Milwaukee series could go the distance. I still believe in Phoenix a bit more, but for now, Milwaukee should have no problem taking two of the next four from Atlanta and advancing to the NBA Finals.

Get NBA Playoff Overtime Insurance at BetMGM.com. If your team loses a heartbreaker in OT, you’ll get your wager back up to $20 in Free Bets.

It’s happened twice already this postseason, and it can happen again. Against all odds, the Atlanta Hawks’ Trae Young has been injured, and the team is once again in a series hole. The Hawks are deep, but they lack serious firepower outside their star point man. The truth is, they need Trae to play in and dominate each and every remaining game of this series. Because that’s unlikely, Atlanta may be down for the count.

Get a Live Profit Boost every Monday, Wednesday, and Friday at PlaySugarHouse.com! Log in each day for a 20% Live Boost.

A little more than midway through the NBA conference finals round, all signs point to a Phoenix-Milwaukee NBA Finals. But these playoffs have been chaotic at times, and both series underdogs have plenty of fight left. Here are the odds, per William Hill, BetMGM, PointsBet and PlaySugarHouse:

Pay attention to in-game lines during the games, as there have been several huge comebacks involving all four of these teams throughout the postseason. And as always, keep an eye on those futures lines. Good luck and enjoy the remainder of these two series.