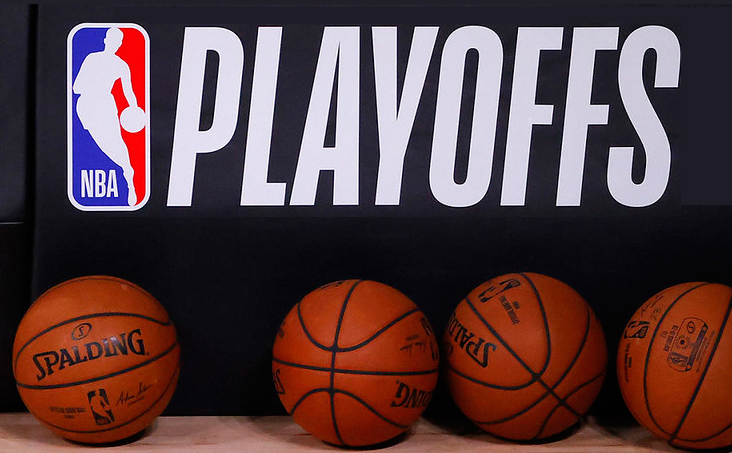 We’re down to seven teams in the NBA Playoffs, and any one of them could make a run for the Finals. Who has the best shot in this postseason? Let’s check the odds.

As the 2021 NBA Playoffs roll on and more teams are eliminated, the playing field for those who remain has leveled out. There’s no clear-cut favorite here, and in fact, none of the remaining franchises have won the NBA Finals since 1983 (in that series, known as Showdown ’83, the Philadelphia 76ers buried the L.A. Lakers, winning 4 games to 0).

So far in the 2021 postseason, the higher seeds have stayed on top. Even so, there’s an overwhelming “underdog” feel to the playoffs—in fact, this could be anyone’s year. Let’s rank the remaining seven teams and compare their current futures odds on William Hill.

The Phoenix Suns have already advanced to their conference final, and were utterly dominant in sweeping MVP Nikola Jokic and his Denver Nuggets. Chris Paul and Devin Booker are operating at a frightening level of efficiency, and every other starter and key role-player is executing to perfection right now.

The Suns’ playoff experience, coupled with raw talent and team chemistry, is a recipe for success, and you’d have a hard time finding that on any other roster. Combine that with the easiest conference final matchup in the East, you’ll know why Phoenix tops my current NBA Finals Power Rankings.

Joel Embiid’s torn meniscus has stopped him so far in this second-round series, with the Sixers squaring off with the Atlanta Hawks. The MVP runner-up has opened the series with 39/9, 40/13 and 27/9; arguably, he’s been the best and most dominant player in the playoffs so far.

Following second-place finishes for Embiid in the MVP race and Ben Simmons in the DPOY awards, this team is hungrier than any other. We’ve already seen these players, especially Simmons, sacrifice personal stats and highlights for team success, and that’s the kind of culture you need to win a title. Philly matches up very nicely with the remaining Eastern Conference teams; don’t be surprised if they’re the last one standing. 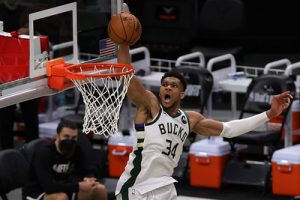 After a couple of injuries to Brooklyn Nets stars James Harden and Kyrie Irving, the Milwaukee Bucks quickly evened their second-round series at 2-2, winning both games at home. Now the series shifts back to Brooklyn, but how will it be impacted by those key absences?

The Bucks took full control of Game 4 as soon as Irving went down, and had greater success slowing down the lone Big 3 member still standing, Kevin Durant. They were able to implement more double and triple teams on him. If even one of the superstar Nets returns for Game 5/6, the Nets might have enough to squeeze out of this series. If not, Milwaukee will easily advance.

As mentioned above, the Nets need their Big 3 to win a title. Without the whole lineup, Brooklyn’s odds decrease exponentially. Harden re-aggravated the same hamstring injury that kept him out an entire month during the regular season. And Irving had a vicious ankle turn a couple nights ago, which indicates a pretty bad sprain.

As a result, things aren’t looking great right now for the Nets, but good news from team doctors could change that very quickly. This team is too reliant on its stars, and from my viewpoint, they can’t stay on the court long enough to win a title. I haven’t bought in to the Nets title hoopla all year, and I’m not starting now.

Your first NBA Single-Game Parlay of the Second Round is risk-free at PointsBet.com! Bet on any Round 2 NBA game with 3+ legs and receive money back up to $25 in free bets if your bet loses. 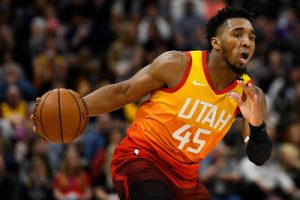 The Utah Jazz has been defeated twice in this postseason, both times when Donovan Mitchell was injured and off the court. Despite a nasty ankle injury in Game 3, which led to an L.A. comeback, Mitchell plans to be back for Game 4.

This is huge news for Utah, as the All-Star guard has been nothing short of lethal in these playoffs. Quite frankly, Mitchell has carried his team. It’s been tons of fun to watch, but what does it say about the team’s longevity? If Mitchell gets hurt again, or plays against a team with better defensive matchups, Utah could very well be swept out of the playoffs. They need Mitchell to produce from both ends of the floor. For these reasons, in these NBA Finals I’m not too high on Utah. 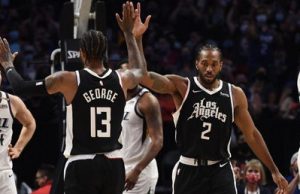 The L.A. Clippers should be embarrassed by their performance the past couple of seasons, after acquiring two Top 10 players in Kawhi Leonard and Paul George.

Both years, the Clips have listed among NBA Finals favorites. Yet now, for the second year in a row, they’re on the brink of elimination in the second round. For whatever reason, this has been the league’s most inconsistent team. First, the Clippers will beat the Lakers by 12, then follow it up by getting blown out by Minnesota at home.

It’s hard to get a read on this team, because on paper they seem so good. However, the reality is way different. Due to such glaring inconsistencies, I don’t see this team winning the Finals. They definitely can come back and beat Utah in this second-round series, though.

Bet With Playoff Overtime Insurance at BetMGM.com. If the team you bet on to win the playoff game loses a heartbreaker, we’ll give you your wager back, up to $20 in Free Bets. Available every game of the playoffs!

As the odds indicate, the Atlanta Hawks is a dead team walking at this point in the postseason. Since stealing the series opener in Philly, the Hawks haven’t thrown up much resistance to the powerhouse 76ers. When Philadelphia head coach Doc Rivers switched DPOY snub Ben Simmons (and secondarily Matisse Thybulle) onto Trae Young (l.) in Game 2, the young sniper has been relatively quiet ever since.

Atlanta is another team that relies heavily on its star. The team will be helpless if Trae is followed around by the Simmons/Thybulle duo the rest of the series. A couple of injuries have also hurt this team. At the same time, they’ve gotten invaluable playoff experience, so they can gear up for plenty more (and hopefully deeper) postseason runs in the future.

The unpredictable nature of these NBA Finals should lead to plenty of fireworks (especially on July 4). If you’re really confident about a team, this is the year to get some futures bets in, as the odds are pretty solid for just about every team currently. Best of luck, and enjoy what should be an unforgettable NBA postseason!

Keep your bets safe and sensible. Know the warning signs of problem gambling.

Breaking Down the St