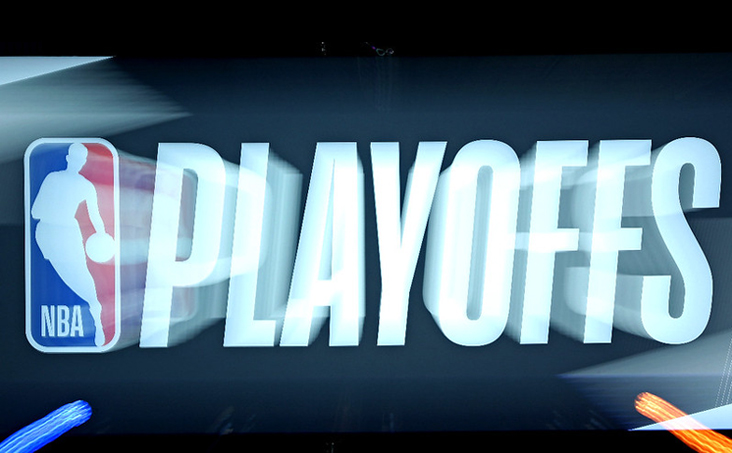 The slate of matchups in the NBA Playoffs promise plenty of fireworks even before the first round is up. Here are predictions for each first-round series after one game.

Just days into the 2021 NBA Playoffs first round, fans saw three games decided by just a single bucket (including one going to overtime), four upsets, and plenty of players mocking crowds on the road.

Now that stadiums are expanding seat capacities closer to 100%, players are back to interacting with opposing crowds (see Trae Young shushing MSG fans after GW shot). It’s made for an exciting postseason environment that wasn’t possible in last year’s Orlando bubble.

We’ve already seen tons of dramatics in these early games, and the rest of the NBA Playoffs first round promises to follow suit. Here are some predictions for how each series will end: 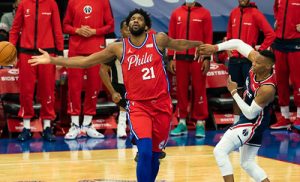 This series looked to be the most sweepable for the higher seed. While the Philadelphia 76ers are still in line for a first-round sweep after winning Game 1, the Washington Wizards led for most of the first half, and showed the East’s top seed more resistance than expected.

Wizard Bradley Beal is fully capable of winning a game himself and avoiding the sweep, but the Sixers’ trio of Joel Embiid, Ben Simmons, and Tobias Harris will prove way too dominant for a team that had to scratch and claw to make the postseason. For that reason, give me the Sixers in 5 here.

If the above series doesn’t get the “Most Likely To Be A Sweep” award, this next one will. Without Jaylen Brown, the Boston Celtics aren’t nearly as threatening, especially matched up against one of the more loaded super teams of recent memory.

The Brooklyn Nets’ Kevin Durant, James Harden, and Kyrie Irving are just too much for Boston. That said, I’ll give respect to Jayson Tatum’s takeover ability—the same respect I’d give Bradley Beal—and give Boston a courtesy win as a result. One (or both) of these series may well be a sweep, but I’ll predict both to go to 5. Brooklyn moves on 4-1. 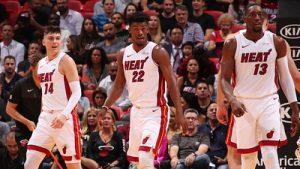 This was one of two games decided with less than a second left. The Milwaukee Bucks needed 48 minutes plus an extra four minutes and 59 seconds in overtime to fend off the defending Eastern Conference champion Miami Heat. Khris Middleton hit a pull-up jumper with 0.5 seconds remaining in the extra session to give his team a 1-0 lead at home.

But Miami hung tough the entire game, while getting next to no offensive contribution from any of their bubble stars from a year ago. Jimmy Butler, Bam Adebayo, and Tyler Herro should return to form, and if they do, Milwaukee’s in trouble. I’ll take Miami in 7. 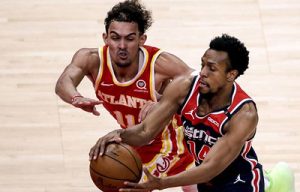 The other game that came down to the last second was Sunday night, when the Atlanta Hawks met the New York Knicks at Madison Square Garden. The above mentioned Trae Young, Hawks point guard, hit a runner with 0.9 remaining before aggressively shushing the Knicks faithful, then repeating how quiet it had gotten in the arena.

This has the making of a classic first-round matchup. Look for each game to be back-and-forth, and down-to-the-final-buzzer. The Knicks have home court and looked like the stronger team in the regular season, so I’ll take them in 7. But this one could truly go either way. 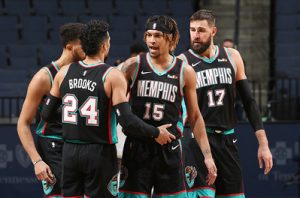 The Western Conference playoffs got off to a weird start. The underdogs everyone expected to win, the L.A. Lakers, were actually the only underdogs to lose their first game. Instead, the five and six seeds both won by double digits, and even the eight seed Memphis Grizzlies scrapped out an opening game victory.

The win seemed a little fluke-y, but not everything is what it seems. Utah Jazz star Donovan Mitchell is up in the air for the rest of the series, but otherwise, Memphis matches up great with Utah. Dillon Brooks played like an All Star in Game 1, and his consistency—along with that of usual-suspect teammates Ja Morant and Jonas Valanciunas—are the keys to this team pulling an historic upset. In an apparent league-wide youth movement, give me one of the most exciting young teams to win its collective first playoff series in 7. 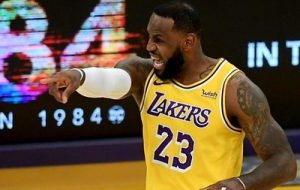 In the only non-upset in the first games of the Western Conference, the Phoenix Suns held the L.A. Lakers in check, for a 99-90 Game 1 victory. Devin Booker led the way for Phoenix with a 34/8/7 stat line, while playing in all but three minutes’ worth of action.

Unfortunately for the Suns, it won’t be easy to slow down the Lakers’ star power three more times. L.A. is just the better team in the starting five, and on the bench. LeBron has never been eliminated in the first round of the playoffs, and I don’t expect that to change now. L.A. will move on in 6.

Minus Jamal Murray, the Denver Nuggets just aren’t golden. A season-ending injury for one of last year’s biggest bubble stars was a heartbreaker for the Nuggets. As long as they have the likely-MVP Nikola Jokic on their roster, they’ll always be good, but good isn’t good enough. And it doesn’t get you to the second round of the NBA playoffs. Portland has a stone-cold killer in Damian Lillard, who was born for this time of year. We are all on Dame Time now. Blazers in 6.

The L.A. Clippers dropped two spots in the Western Conference standings from last year, and the Dallas Mavericks jumped up two to set up a first-round rematch of the Kawhi/Luka show. Those two were again their respective teams’ leading scorers in Game 1, on the way to a 113-103 Dallas road victory.

The Mavs are a good team, packed with overachievers. While that’s exciting and might lead to another win or two, these players can’t be expected to stay consistent. While the Clippers are also notoriously inconsistent teams, they’re much more talented at their best. In a seven-game series, give me talent over the hot hand. The Clippers will advance in 6.

These playoffs are already everything we could’ve hoped for and more. Crowd sizes have swelled back to near-normal, and Covid-19 is less of a factor in this postseason. Overall, it’s a formula for excitement. Enjoy the playoffs and play those series lines futures.

Get Playoff Overtime Insurance at BetMGM.com. If your team loses, you’ll your wager back, up to $20 in Free Bets. Available every game of the NBA Playoffs!

Follow the NBA Playoffs every step of the way, from now to the Finals, right here at iGamingPlayer.

The Old Man and the