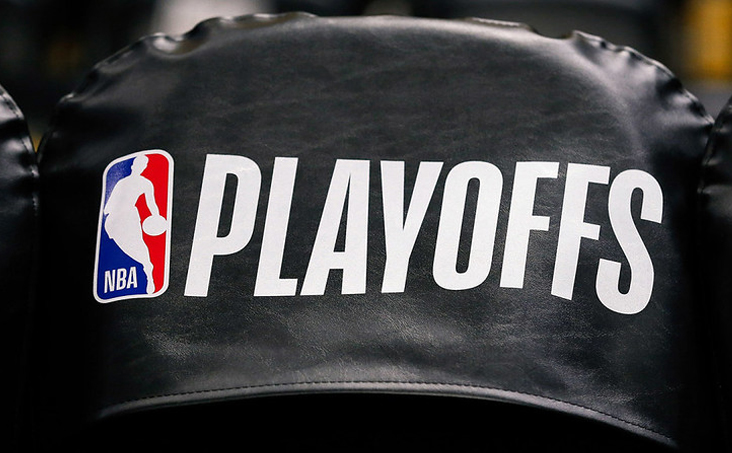 In an NBA postseason full of drama, one underdog has advanced to Round 2, and Embiid and Harden are both on the DL. How will these factors (and others) affect the semifinal matchups?

This year’s NBA Playoffs have been full of drama. In the postseason, superstars Joel Embiid and James Harden both landed on the DL. One underdog danced on to the NBA second round. And the eight remaining teams are stacked with talent. Put it together, and you’ve got all the ingredients for a thriller going forward. Let’s get into some second-round predictions.

After a frightening injury to Philadelphia 76ers center Embiid at the end of the first round, and then a Game 1 win by the Atlanta Hawks, this series line was pretty even early this week (PHI -120/ATL +100). While the Hawks played a nearly immaculate first half in Game 1, the Sixers came storming back, especially in the fourth quarter. At that point, they looked like the far superior team.

Luckily, Embiid roared back to start the second round against the Hawks, and he was dominant, scoring 79 points in two games, including a playoff career-high 40 in Tuesday’s Game 2 win, 102-118. The Hawks say they’re still confident, but I’d be shocked if the Trae Young magic prevails. Give me Philly in six. 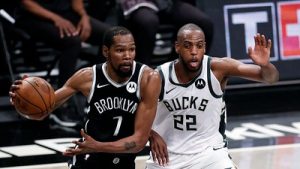 The Brooklyn Nets’ biggest fears were realized after just one second-round game against the Milwaukee Bucks. A few months back, the team traded a third of the franchise for star guard James Harden. Now Harden’s reaggravated the hamstring injury that sidelined him for more than a month not long ago. This injury has huge ramifications for the remainder of the postseason, as his status going forward could make or break Brooklyn’s title hopes.

That said, the Nets actually seemed to play better after Harden left the game—an encouraging sign. And we all know that teams guard Bucks star Giannis Antetokounmpo differently in the playoffs, hoping to cut his effectiveness in half. While this should be an exciting series, give me Brooklyn in six or seven, depending on the availability of Mr. Harden.

Place a Single-Game Parlay with 3+ legs on any Round 2 NBA game, and get back up to $25 in free bets if it loses. Only at PointsBet.com!

So, Utah Jazz–L.A. Clippers. This might be the most even series of the second round, and the opening odds reflect that. I’d almost rather bet on this series to go to seven games than pick a winner. But if forced to make a choice, I’d take L.A. Something about Utah’s success doesn’t seem sustainable down the stretch run of the playoffs, and the Clippers easily have the best two players in this series: Kawhli Leonard and Paul George. As always, the question is whether this dynamic duo will show up, game in and game out, through the series. After a convincing Game 7 showing vs. Dallas, I’m ready to give the Clips some respect. They’ll advance to the conference finals, but most likely need a full seven games to get there.

After a couple six-game victories, the Phoenix Suns and Denver Nuggets are ready to grind out yet another series with a conference finals bid on the line. 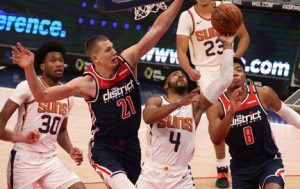 Denver made a statement stopping Dame Time without the services of Jamal Murray, who’s done for the year with a torn ACL. But Phoenix just won Most Impressive First Round Victory after discarding LeBron and the defending champion L.A. Lakers. With Devin Booker playing unconscious and Chris Paul and Deandre Ayton adding key contributions as well, this team seems bound for greatness in the postseason.

Not only will the Suns advance to the Western Conference Finals, they’ll keep motoring right ahead to the NBA Finals as well. This team is incredibly deep and plays very well on both sides of the court—arguably, it’s the most well-rounded team left in the playoffs. So expect big things from Phoenix, starting with them moving on from Denver in five.

Register a new account at WilliamHill.com. If you lose your first bet, you’ll earn a Free Bet in equal value up to $500!

If you parlay these four series lines at William Hill, they’d total +819. This means a $100 wager would get you $919 at cash-out. These picks are definitely worth taking a flyer on. Best of luck in the second round, and enjoy the action!

Don’t miss a buzzer-beating second of the 2021 NBA Playoffs! For the complete broadcast and live-streaming schedule, visit NBA.com. And for unique insights into all sports, teams and players, read Justin Epifanio at iGamingPlayer.