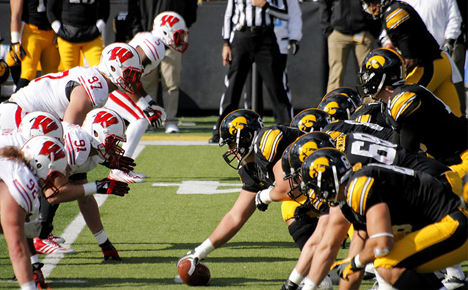 College football opened with a bang, and an action-packed Week 2 is in the offing. Who will bring it this weekend in the NCAAF?

College football’s opening weekend didn’t disappoint. It was a good mix of upsets, nail-biters, and top-tier teams handling business. With more of the same to come in Week 2, let’s jump into some favorable matchups.

The UTEP Miners got off to a hot start and are one of the few teams in the country that already sit at 2-0. The Miners beat both New Mexico State and Bethune Cookman by double digits, and did so convincingly.

The Boise State Broncos, on the other hand, began their 2021 campaign by blowing a 21-point lead at the hands of UCF. That was a winnable game, and a bounceback is likely in the cards for the Broncos. But 26 points is way too many for them to cover Friday night. Expect a two touchdown-or-so margin in a win by Boise. 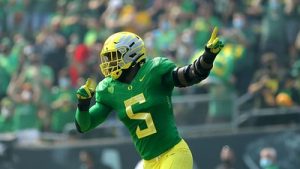 The Ohio State Buckeyes are a very, very, very good football team. But they have a young QB in CJ Stroud and have room to improve before their inevitable trip to the College Football Playoff. The Buckeyes were unable to cover 14 points against Minnesota a week ago, so I have no reason to believe they’ll cover an extra half point against a more quality opponent in the #11 Oregon Ducks.

The Ducks have a strong defense led by top draft prospect Kayvon Thibodeaux, and should be able to slow down the Buckeye offense. This should be an Oregon-and-under type of game.

Sign up at PlaySugarHouse and your first deposit will be matched, dollar for dollar, up to $250. Start betting today!

The Rutgers Scarlet Knights beat down Temple in Greg Schiano’s return for his second stint as Rutgers head coach. This team has been improving slowly, year by year, and Schiano seems like the perfect man to take them to the next level.

Saturday’s game against the Syracuse Orange will be a tough test on the road for the Knights, but their high-octane offensive attack should translate to upstate New York. I’ll take Rutgers by about a touchdown. 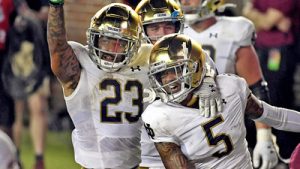 The Notre Dame Fighting Irish easily could have blown out Florida State on Sunday night, but they let the Seminoles storm back from down 18 in the fourth quarter to force overtime. The Irish were still able to escape with a tight victory, but should have left no doubt. If they had maintained their 18-point lead for the rest of the game, the spread would probably look very different this week.

Notre Dame should not have a problem covering 16.5 against the Toledo Rockets.

Register an account at Caesars Sportsbook. If you lose your first bet, earn a free bet of equal value up to $5,000! Terms apply.

This game is not only the most anticipated of the week, but an intense rivalry matchup. These teams will be out to destroy each other, and that should make for an instant classic.

The Iowa Hawkeyes are solid, and capitalize on what their opponents give them, the result of good coaching. The Iowa State Cyclones, however, has one of the most talented and experienced rosters in the country. While the game will most likely stay within a single-digit margin, I expect the Cyclones to win and cover Saturday afternoon.

One exciting, action-packed college football slate down, one more to go this weekend. It’s officially that time of year where we’ll be able to enjoy big football games every weekend. Enjoy all the action and best of luck jumping on those lines.

Double down on your first bet at Golden Nugget. Bet on any sport (min. odds -200) and your stake is matched with a Free Bet up to $250.