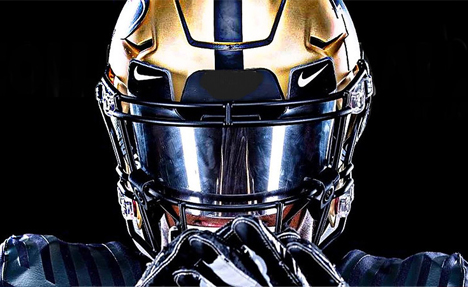 As we reach the midpoint of the NCAAF schedule, playoff implications are starting to take shape. What are this week’s best picks?

It’s Week 7 of the NCAAF season. With college football entering the main stretch, it’s clearer where teams stand and what they’re made of. After a big week of upsets, will the tides turn, or will we get more of the same? Read here for historic coverage, and below for this weekend’s best picks.

The California Golden Bears were pretty bad to start the 2021 NCAAF season (1-4), and are coming off their worst loss so far, a 21-6 trouncing at the hands of Washington State.

This week, Cal faces the Oregon Ducks, a team with one of the nation’s best defenses, in their home environment. This should be at least a two-touchdown victory for the Ducks.

If this game were in Lansing, the point spread would most likely reflect that. Instead, the 4.5 spread seems easy. Don’t think too hard about this one, just take the money.

Coming off a huge upset against Alabama’s #1 Crimson Tide, the Texas A&M Aggies can smell blood in the water.

Even in Colombia against the Missouri Tigers—a team that’s gotten off to a slow start—the Aggies shouldn’t have much trouble keeping their momentum going. Expect a double-digit victory this weekend. 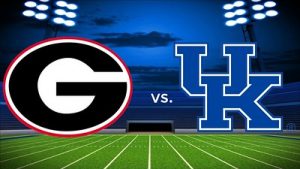 This season, the Georgia Bulldogs’ defense has allowed 33 total points, which averages out to 5.5 per game. The Georgia offense has scored more than 33 points in five of their six games. If that’s not enough to convince you to take them this weekend, the Bulldogs have also beaten the NCAAF’s three Top 20 teams already. And besides their season opener against Clemson, all those wins have been comfortable.

In the NCAAF, the Kentucky Wildcats are undefeated and a solid team, but Georgia’s covered more than 23.5 against better teams. This one has Bulldogs written all over it.

After a nail-biter of a win against #4 Penn State a week ago, the Iowa Hawkeyes get a bit of a breather this week in the form of the Purdue Boilermakers.

Iowa’s defense is almost as terrifying as Georgia’s, and will likely keep Purdue in the single digits. After having to prove themselves last weekend, the Hawkeyes should be able to roll this Saturday.

At Resorts Casino, you deserve a winning score. Sign up, and get a percentage of cash back on monthly sports losses up to $10,000.

After a week of big upsets, I foresee a drastic change and have taken five favorites to cover. All are trying to maintain or improve their Top 25 rankings, so this week is the time for them to state their case. The NCAAF season has become defensively-themed, with the nation’s Top 2 where they are behind smothering defensive units. Expect more of the same this weekend, and good luck.

*All odds from ESPN/Caesars Sportsbook