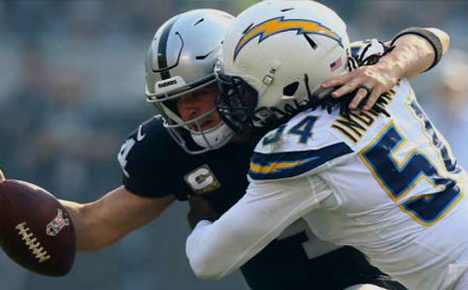 It’s the official halfway point of the NFL season. Week 9 brings plenty of good matchups to exploit on the spread. Here are your best bets.

The NFL trade deadline has officially come and gone, and that signifies this 2021 season’s halfway point. Teams are starting to distinguish themselves as either playoff-bound, playoff-hopeful, or non-competitive. That line in the sand always helps with betting as the season goes on. Here are some of Week 9’s best picks.

The Cincinnati Bengals have been rolling this year, thanks to the reunion between ex-LSU Tigers QB Joe Burrow and rookie WR Ja’Marr Chase. The Bengals have played well at home so far this season, boasting a 2-1 record to date. The Cleveland Browns, meanwhile, have struggled with consistency for a few years now, especially on the road. In this Week 9 rivalry matchup, I give the edge to the home Bengals.

Bet the Bengals at Unibet Sportsbook ahead of this weekend’s game and your first cash bet is insured. Get up to $500 back if you don’t hit a winner.

The Denver Broncos have also struggled with consistency in the first half, but are playing well defensively so far this season. At the same time, as Dallas Cowboys QB Dak Prescott deals with a lingering injury and this defense continues to play hard, it’s unlikely the Cowboys will cover 9.5 points. This feels like a definite Dallas W, but by a margin closer to three or six points in Week 9.

Check out Golden Lines, the Daily Odds Boost at Golden Nugget Sportsbook. Check in every day for enhanced odds and specials.

The Las Vegas Raiders have been good. The New York Giants have been bad. Vegas has been good on the road (2-1). New York has been bad at home (1-3). This one doesn’t require much critical thinking. In week 9, Las Vegas is the right pick to cover three points. (BTW, my colleague John Reger splits with me on this, and thinks the disarray surrounding Henry Ruggs III will knee-cap the Raiders: see his analysis here.)

Got the Chargers & Eagles on your betslip? Bet the money line at BetMGM. If they’re up by 10 or more points at the half, your bet counts as a win, regardless of how the game ends. Max $250. Thursday Night Football only. Sounds like a no-brainer.

In Week 9, the Los Angeles Chargers are coming off back-to-back losses, and the Philadelphia Eagles are coming off a blowout win. In a vacuum, this spread should be Chargers by at least a touchdown. But recency bias and the game’s location have skewed the spread. With the Eagles’ starting RB Miles Sanders on IR, their already single-faceted passing offense will become even more predictable. This should be a much-needed game for L.A. to get its swagger back.

Root for the home team in Week 9 and get a 20% NFL Parlay Profit Boost at PlaySugarHouse. Log in each Sunday for the same weekly boost!

The Arizona Cardinals are coming off their first loss of the season, a game that also saw star QB Kyler Murray get banged up. These two factors, in addition to the fact that the San Francisco 49ers will host, have yielded an even spread. But again, in a vacuum, Arizona wins in Week 9 by about a touchdown. The Cards should be able to get back to their winning ways Sunday afternoon.

This weekend will feature tough matchups, highlights, and most importantly, lines to jump on. Don’t miss out on all the money to be made. Enjoy the action and good luck this weekend.