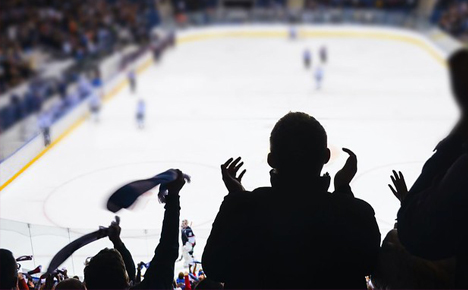 The 2021 season is winding down. NHL Playoff spots are 99% clinched, It’s time to preview how each division’s postseason action will play out.

The 2021 NHL Playoffs are finally here, with playoff berths 99% clinched. Let’s see how each division’s postseason action will play out, and make those Stanley Cup futures bets before the odds are significantly cut down.

This postseason is returning to a familiar 16-team format as opposed to last year’s unique 24-team pool. For the first time, however, the first two rounds will feature intradivisional matchups before a reseeding at the semifinal round.

Here’s our preview of the divisions’ opening two rounds, and our choices for Stanley Cup futures candidates.

All season, the Huberdeau/Barkov duo has been extremely reliable for the Florida Panthers, providing 61 and 57 points respectively. Yes, the Carolina Hurricanes are tied for the NHL lead in points, and the Tampa Bay Lightning are the defending Stanley Cup champions. But Florida is the hottest team in the division (8-2 in their last 10) and has played consistently great hockey all season long. The team of Driedger/Bobrovsky in net has been solid this year, and should continue to be in the postseason. This is the best value pick on the board going into the Stanley Cup playoffs. Get your Panthers picks in now! 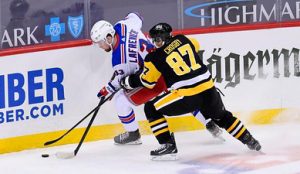 The Pittsburgh Penguins have the largest goal differential by far (+40), as well as the best player in the division (Sidney Crosby). Those factors should give them the edge in these opening two rounds. This team has tons of playoff experience, specifically Stanley Cup experience, which should prove invaluable in the coming month or so. Strong on both halves of the ice, the Penguins are a reliable bet to make a run this postseason.

Boost your personalized parlays at PointsBet.com! Get 1 Boost on Traditional Parlays and 1 Boost on Single Game Parlays every day.

Toronto Maple Leafs Mitchell Marner and Auston Matthews have arguably been the league’s most dynamic duo this season (other than division rival Edmonton’s McDavid/Draisaitl). Together, they’ve tallied 67 and 65 points, respectively. These two have given the Leafs a commanding lead in a division they’ve dominated for most of the season. Winning seven of their last eight, the Leafs are rolling right into the playoffs, where they should be able to perpetuate their success. 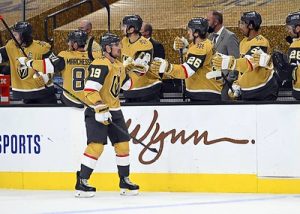 The Vegas Golden Knights have posted the NHL’s top goal differential by a comfortable margin (+62 to division rival the Colorado Avalanche’s +53). They got there with the fourth most goals scored and the least goals allowed. Dominance like that comes from consistency, and this franchise has been consistently elite for its entire young existence. Winners of 14 of their last 16, the Golden Knights are a frightening opponent. This team has plenty of recent deep playoff success/experience. That sets it up for another long run into the Stanley Cup playoffs.

These first two intradivisional rounds of the 2021 NHL playoffs should offer plenty of excitement, as each division race is tight right down to the end of the season. Expect plenty of fireworks and a fair share of upsets, as truly any team can put together a magical run and lift Lord Stanley’s trophy. Enjoy the postseason and get those futures in while you still can.

Get the Inside Track