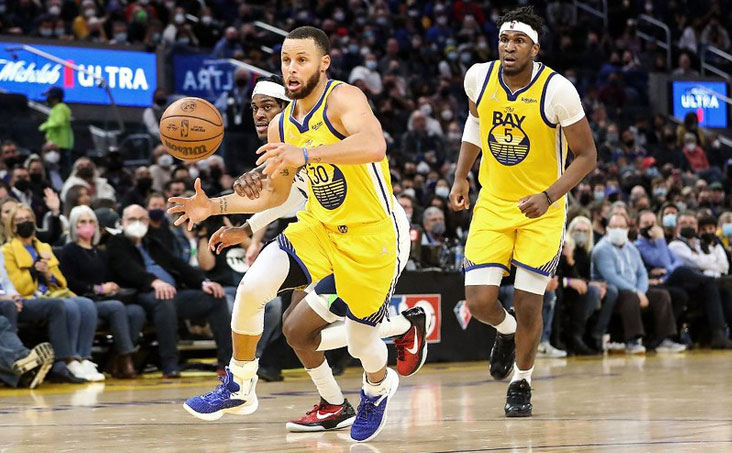 The NBA’s All-Star Weekend has come and gone, and there are just 20 to 25 games left in the regular season. Look for these outcomes down the stretch.

The NBA All-Star Weekend affords lots of fun and entertainment for players. Now that it’s over, it’s strictly business in the league, with just over 20 games left, and playoff spots and seeding on the line.

The landscape of the league looks slightly different than before the break. Here are the biggest storylines to keep an eye on down the stretch.

Can Suns Keep the West’s Top Seed Without CP3? 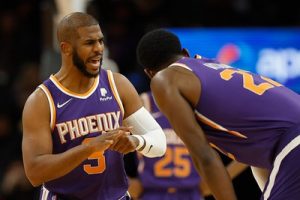 The Phoenix Suns have the best record, not just in the Western Conference, but in the entire NBA, a year after making it to the NBA Finals. The Suns have spent most of the season as the league’s clear dominant team.

Now veteran star point guard Chris Paul is out for up to eight weeks with a fractured thumb. That time frame matches up with the end of the regular season, so it’s likely we won’t see CP3 until the postseason. What does that mean for the Suns?

Phoenix shouldn’t fall too far in the standings, as it’s built itself a nice cushion. It holds a 6.5 game advantage over the second-place Golden State Warriors and sits eight games above the third-place Memphis Grizzlies. The Suns can afford this absence and still secure home court advantage through most of the Western Conference playoffs.

New bettors get a $250 free bet bonus at Golden Nugget Sportsbook. Place your first wager, and the Nugget will match it 100%—whether you win or lose. 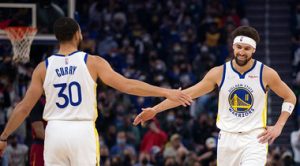 The Golden State Warriors overperformed in the early season without Klay Thompson, who is back after missing two years due to injury. Thompson is returning to form, averaging 17 points on 37% three-point shooting so far this season.

As he shakes off the rust, Steph Curry is having another MVP-caliber season, and Andrew Wiggins was an All-Star starter. The Warriors also consistently get strong contributions from their role players.

All things considered, Golden State has a window to climb into the top seed in the West and take over the NBA’s best record. This team is familiar with the postseason. It knows the right time to get hot, and that time is coming. Expect a familiar sight by season’s end: Golden State at the top. 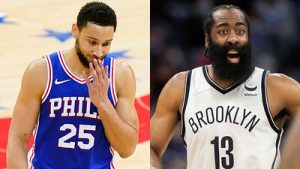 After one of the biggest blockbuster trades in recent NBA history, the Brooklyn Nets and Philadelphia 76ers swapped star players James Harden and Ben Simmons. Both teams may benefit, as Harden in Philly and Simmons in Brooklyn are better fits than they were with their previous teams.

In fact, Harden and Joel Embiid may quickly become the most effective duo in the NBA, depending on how they mesh. One thing’s for sure: Harden has never played with a big man as good as Embiid, and Embiid has never sniffed a guard with as much talent as Harden. That pairing will be a lot of fun to watch.

In Brooklyn, this trade alleviated a situation in which all three of its stars needed the ball in isolation constantly. Now Kevin Durant and Kyrie Irving can run the offense with complementary facilitating and elite defense from Simmons. This seems like a perfect match for the Nets and Simmons. It will just come down to Simmons’ availability and readiness to return to action.

Both teams (PHI in 3rd, BKN in 8th) will most likely end the season in a higher seed than the one they currently hold. Both should put together strong runs to end the season, and position themselves for a great postseason. All we can do is pray they match up in some round, and fuel what could become a fierce rivalry.

Welcome to the club. Sign up to wager on sports at Borgata Sportsbook. All new players get $100 in Free Bets after betting $20. 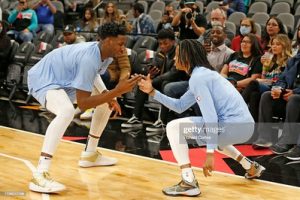 The Memphis Grizzlies, led by young stars Ja Morant and Jaren Jackson, have been nothing short of incredible this season. Despite expectations of slight growth and a return to the play-in tournament, the young squad has overperformed in a huge way.

The Grizzlies are currently at 41-19 and are comfortably a Top 3 team in the West. Morant’s star power and the depth of the whole roster has catapulted this team into NBA Finals conversations.

While I remain skeptical of this young team’s chances of advancing past veteran squads in the playoffs, they have all the firepower to finish as a Top 3 or even Top 2 team in the West.

Hey, hoops fans, get Boosted Same-Game Payouts every day at PointsBet. Same-Game Parlay is available for all NBA, NFL and NCAAB games!

The Milwaukee Bucks have mostly kept their roster together after winning the NBA Finals a season ago. There have been a few minor moves, but this is essentially the same dominant team. The Bucks currently sit tied for third in the East at 2.5 games back.

The team is within striking distance of the top spot in the East. A combination of talent and minimal moving parts to sort out post-All Star break, could get the Bucks out in front of the Miami Heat and Chicago Bulls. They’ve seen the importance of a home-court advantage in the postseason, and will be gunning for total control of the East.

At Resorts Casino, you deserve a winning score. That’s why Resorts gives you get a percentage of cash back on monthly sports losses, up to $10,000.

The parity in this league is the highest it’s been in recent history. About eight to 10 teams have a real chance at hoisting the Larry O’Brien trophy this summer. For those teams, this stretch run is vital to secure home court in the postseason and gain favorable matchups. Veteran leadership will prevail, so look to trusted stars to make you some money and win their teams some key games. Good luck and enjoy the pre-postseason.