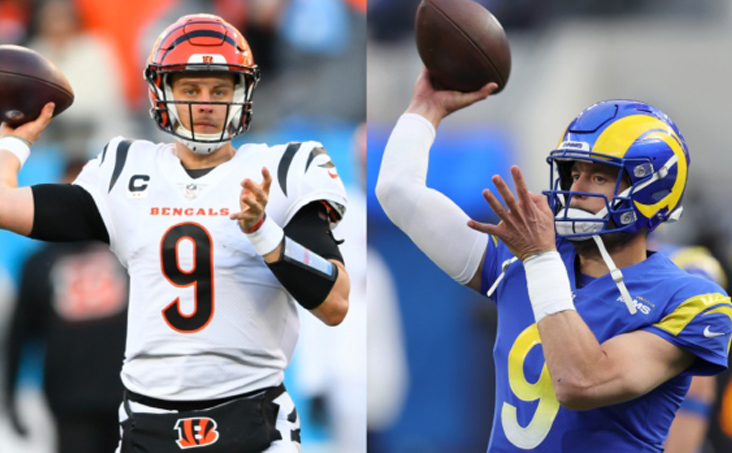 The Los Angeles Rams and Cincinnati Bengals meet Sunday in Super Bowl LVI in a game that could be decided by three key elements.

A month ago, when the NFL Playoffs began, few expected a Super Bowl matchup between the Los Angeles Rams and Cincinnati Bengals.

The Rams weren’t expected to get past the Tampa Bay Buccaneers in the divisional round. Of course they did, and went on to defeat fellow division foe the San Francisco 49ers in the NFC Championship game.

The Bengals were even more of a longshot to reach Super Bowl LVI. They began the season at +15000 to win the Vince Lombardi Trophy, but managed to pull two big upsets to reach the championships: first downing No. 2 seed the Tennessee Titans, then knocking out the defending AFC Champion Kansas City Chiefs to advance to Super Bowl Sunday.

When the line was announced for Super Bowl LVI, the Rams were +4.5 favorites. The line dropped to four, but has settled back to 4.5 points at most sportsbooks.

It’s the Big Game Booyah Boost at Unibet! Place your favorite Single-Game Parlay for Rams vs. Bengals and receive a 100% profit boost. Max $25 stake. One boost per player. 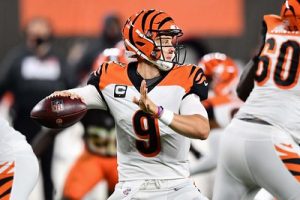 Meanwhile, Bengals Head Coach Zac Taylor believes quarterback Joe Burrow could lead his team to its third consecutive upset. “He’s able to elevate his teammates and his coaches around him to believe that special things are possible,” Taylor said. “When the moments are big, he plays really big … These are stages he’s built for, and so I’m excited to watch him play.”

So who should you take in Sunday’s big game? Let’s take a look at three factors to consider before you bet on Super Bowl LVI.

Get a Risk-Free First TD Scorer Bet at BetMGM. Place a bet on the player to score a touchdown at Super Bowl LVI. If your bet loses, get your wager back in Free Bets, up to $25, once the wager is settled. 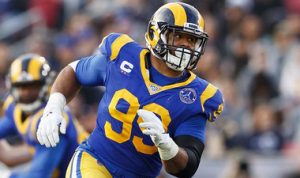 In the regular season, the Rams had the second-best defense in the NFL, limiting offenses to 274.7 yards per game.

L.A.’s front four is led by All-Pro Aaron Donald. They were No. 1 in pass rush and should be able to dominate. Cincinnati’s offensive line has been abysmal during the regular season, and that carried over into the playoffs. In the AFC Divisional Round, Burrow was sacked a record nine times.

But somehow he managed to get it done, and Burrow is confident he’ll do it again on Sunday.

“They’re a very good defensive front,” Burrow said of his rivals. “It’s going to be a challenge for our guys, but they’ve worked really hard to put themselves in this position. Our coaching staff has a great plan that they’re going to be able to go out and execute.”

Still, Burrow is in for a long day with Rams defenders in his face . In games where Burrow was sacked five or more times, the team went 2-4. Burrow’s was sacked a total of 51 times during the regular season, 11 in the playoffs, nine of which he received during the divisional round win against the Titans.

Bet the Props at Caesars Sportsbook. Make 10 Super Bowl Prop Bets, and you’ll get a $56 Free Bet if you win seven or more! Through Super Bowl Sunday. 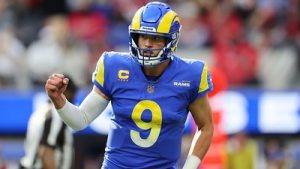 Though the Rams have two solid running backs, they couldn’t put together an effective rushing attack in the playoffs. Against the Arizona Cardinals in the Wild Card, Cam Akers and Sony Michel each rushed for more than 50 yards.

But later, facing Tampa Bay in the divisional round and the 49ers in the NFC Championship, Akers and Michel weren’t nearly as effective.

Los Angeles quarterback Matthew Stafford was able to operate in the playoffs despite the lack of a running attack. Does that continue against the Bengals? Cincinnati was ninth in total defense and seventh in passing yards allowed.

Stafford—who, like Burrow, wears the number nine on his jersey—should have enough time to operate. But it won’t be easy.

Try the New Same Game Parlay Feature at BetRivers! Select a game, and choose how many legs you want (max. 12). Enter the amount you want to wager, and find the Ideal Combo to win big! 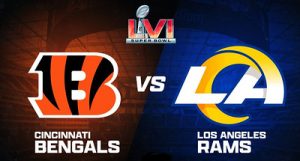 For two years, Cincinnati Head Coach Zac Taylor was an assistant coach to Rams Head Coach Sean McVay. Does that give either one an advantage on Sunday?

Taylor said being with McVay was instrumental in him becoming a head coach. “Working for Sean was the best two years of my life,” he said. “It was fun. You loved coming into the building.”

McVay was complimentary of Taylor, but knows what’s at stake. “I’m glad we’re going against each other, but we’re going to do everything in our power to try to finish this off,” he said. “And I know he feels the same way.”

Having studied under McVay might be a boost for Taylor. He knows McVay’s tendencies and may be able to exploit them. McVay isn’t as familiar with Taylor’s head-coaching style, and that could be a minus for him and the Rams.

It’s the Big Game Bet & Get at PointsBet! Place a Pre-Game $20+ Bet on Cincinnati vs Los Angeles and receive a $20 Free Bet to use live during the game!

Your Guide to Super