The 311 this week is looking for ATS wins from the Baltimore Ravens, Miami Dolphins, and Minnesota Vikings.

The Dolphins lead the AFC East with a record of 7-3. Since Miami wants to maintain their lead over the Buffalo Bills they will want the game more than a Texans team that is looking to get the number one pick in the NFL Draft.

The Washington Commanders are hosting the Atlanta Falcons. The Commanders are favored by four. Washington is fourth in the NFC East at 6-5 and have won four of their last five. They are still in the playoff hunt, probably fighting for a Wild Card spot.

The Falcons are 1-4 on the road. Atlanta has not covered in three of their last four against the spread. Atlanta is playing for a high draft pick and won’t be that motivated to win. Take Washington minus the points.

Prediction: Commanders -4 over Falcons (-110 at BetRivers) 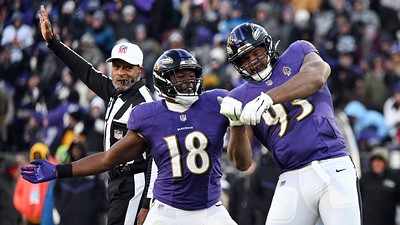 The Baltimore Ravens travel to Florida to face the Jacksonville Jaguars. The Ravens are favored by four.

The Ravens are first in the AFC North with a record of 7-3. The Jags are 2-3 at home and are coming off a bye week. Baltimore has won four straight games. Ravens have held their last two opponents to 16 points.

Ravens win this game minus the points.

The final game of Thanksgiving is the Buffalo Bills at the Detroit Lions. The total in this game is 54.

Four of the last five Thursday Games in the NFL have went over the projected total. After factoring in the short work week, expect the high scoring to continue. This game goes over. 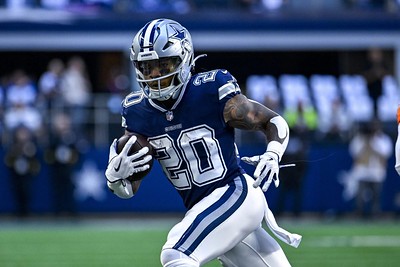 Pollard Runs to Over

Dallas Cowboys running back Tony Pollard total rushing yards is 67.5. The price for the Over is set at -110 on Bet365.

Pollard has gone Over the projected number in four consecutive games. The New York Giants gave up more than 150 yards to the Detroit Lions in their loss this past Sunday.

With a short work week due to the game being played on Thanksgiving, Pollard should get at least 12 or more carries. He averages 5.9 yards per carry. Take Pollard Over.

Take advantage of an Early NFL Payout at Bet365. Get your straight bets or parlay selections paid out if the team you back gains a 17-point advantage.