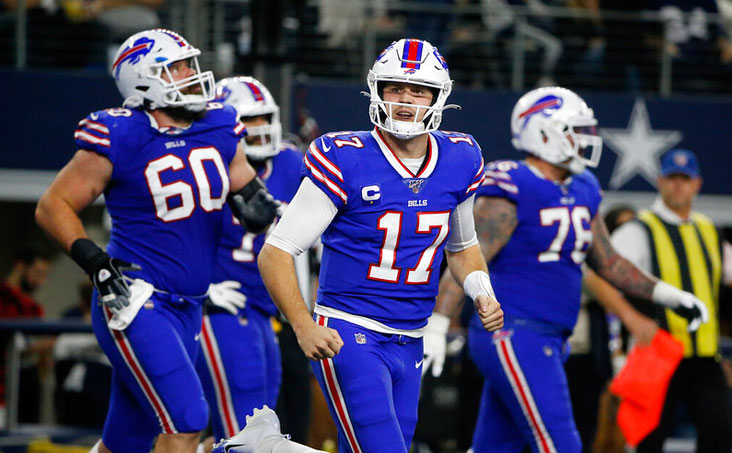 The 311 this week looks at Buffalo-Miami, Kansas City-Indianapolis, Tampa Bay-Green Bay, a good Under bet, and a passing prop with Jacoby Brissett.

The 311 consists of three NFL games that I will select using the spread or money line, one game that is selected based on the total number of points for both teams going Over or Under and one player projected production for the game and if he exceeds or falls short of that number. This will give you action every Sunday that is based on trends and matchups.

The Buffalo Bills are favored by 5.5 points on the road against the Miami Dolphins. The line opened at 3.5 but quickly went up two points at most sportsbooks.

The Bills destroyed the Tennessee Titans on Monday night, 41-7. The Dolphins are 2-0 and staged an epic 25-point comeback in the fourth quarter against the Baltimore Ravens, winning 42-38.

This is a divisional showdown that Buffalo has won seven of the last eight times they have faced each other. Miami quarterback Tua Tagovailoa has struggled against the Bills. He’s 0-3 with one touchdown and four interceptions versus Buffalo, which includes two losses by 30 points.

Buffalo QB Josh Allen is ranked No. 1 Total Quarterback Rating. Tagovailoa is ranked No. 2. The Bills have won both of their games by an average of 29 points. Buffalo will continue to handle the Dolphins and cover the 5.5 points. 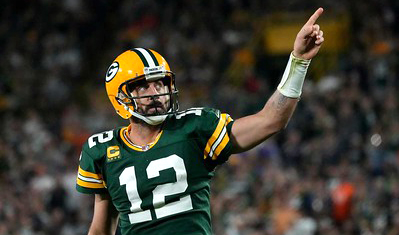 The Tampa Bay Buccaneers opened as 3.5 favorites over the Green Bay Packers but that line has dropped a point.

This is a match up of two future Hall of Fame QBs in Aaron Rodgers, and Tom Brady. Brady will be without wide receiver Mike Evans who was suspended for one game for an altercation against New Orleans’ players.

The Packers will have an advantage with the running game of AJ Dillion and Aaron Jones. Packers will win the game outright so take the moneyline for better odds.

The Kansas City Chiefs saw their odds explode against the Indianapolis Colts. The game opened at 2.5 in favor of Kansas City but has shot up to 6.5.

The Colts are a dumpster fire. They are 0-1-1 with a tie to the Houston Texans and a loss to the Jacksonville Jaguars. The Colts look confused with Matt Ryan under center.

The Chiefs are 2-0 after an impressive win against the Los Angeles Chargers. Chiefs are coming in with 10 days of rest between games. Kansas City Head Coach Andy Reid has a high winning percentage when he has more than a week to prepare.

The Colts are limited offensively and have Jonathan Taylor as their only viable threat. Chiefs will score at least 24 points. Colts have yet to score over 20. Chiefs cover the 6.5.

Watch Kansas City Chiefs vs. Indianapolis Colts at 1 p.m. on CBS and Fubo.

The Detroit Lions and the Minnesota Vikings total is 53.5 points after opening at 50.5. The last four times these two teams have played they combined to average 32 points.

The Vikings are coming off a short work week and are at home. While a better performance is expected against a divisional opponent, I don’t see a ton of points in this contest.

Detroit has scored 71 points in their first two games. Vikings have scored a total of 30 points so far. Take the under in this matchup.

Prediction: Detroit-Minnesota Under 53.5 points (-110 at BetMGM)

Watch Detroit Lions vs. Minnesota Vikings at 1 p.m. on FOX and Fubo.

Brissett Gets Pass Happy Against Steelers 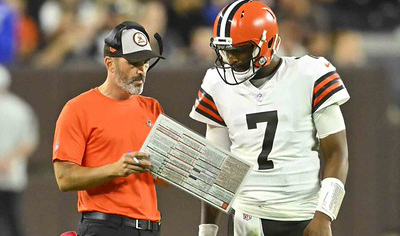 Cleveland Browns QB JacobyBrissett total pass attempts is set at 26.5. Brissett and the Browns are facing the Pittsburgh Steelers on Thursday Night Football.

Brissett has thrown an average of 30 times in his first two games starting in place of Deshaun Watson. The Browns will have some problems running against the Steelers defense and Brissett will have to attempt to move the ball down the field via the pass.

The price is -125 on Unibet. Take Brissett and the over.