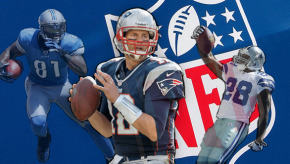 As NFL crunch time approaches, here are some thoughts to consider for the final four weeks of the regular season.

1. The trend is your friend, but some friendships end.

The New Orleans Saints had won eight straight against the number before losing in Dallas this week. See if the line reflects your expectation of a lull for them.

Yes, even the G-Men, in a 4-8 season, are beating the number. The Denver Broncos have covered against the Los Angeles Rams, Kansas City Chiefs, Los Angeles Chargers, Pittsburgh Steelers and Cincinnati Bengals in recent weeks. The Broncos don’t do it with flash, so perhaps their number can stay under the radar. The Houston Texans have won nine straight games, are 7-2 versus the line in that time and have won two straight.

Closely observe Mitchell Trubisky and his hopeful return to Da Bears, who saw their five-game cover streak snapped against the Giants. Oddsmakers tell iGamingPlayer.com he is worth somewhere between one to three points on the betting line. He missed the last two games, but is a gunslinger and, in the view of lines makers, a big friend of the over.

4. This is usually when the haves begin to pull away from the have-nots.

That’s true even when they are laying a high number of points. Consider this with your wagers to teams like New England, who face a depleted AFC Least.

Already, New Jersey has reported that mobile sports wagering surpassed brick-and-mortar numbers. That’s why they love it when you bet on your phone. Alexander Graham Bell thought you’d be calling up a friend, not a parlay.

In the racing world, Gulfstream Park continues to excel with unique themes. It recently conducted the Claiming Crown, a working man’s Breeders’ Cup that brings racing’s blue-collar level, claimers, into a championship spotlight. On December 8, it presents the Caribbean Classic, featuring the finest thoroughbreds from Latin America and the Caribbean. Horsemen and visitors from Mexico, Panama, Venezuela, Ecuador, Puerto Rico, Jamaica and Trinidad and Tobago figure to add betting spice to this event, which dates back to 1966. The Caribbean Classic has a $300,000 purse.

The Saturday showcase also involves Los Alamitos, a quarter-horse racing establishment in California. On this day, it cards some distance races and two impressive $300,000 purses, the Starlet and Cash Call.

There are other sports. You sometimes wouldn’t know it because of the feverish NFL action. So, here are some hockey numbers to throw at you.

Entering this week, Buffalo leads the way with a 17-10 record against the spread. Calgary is 16-11. Chicago is 9-19 versus the number and St. Louis 9-16. Interpret that any way you want, but Chicago and St. Louis are historically strong. Should be a string of events going the other way, wouldn’t you think?