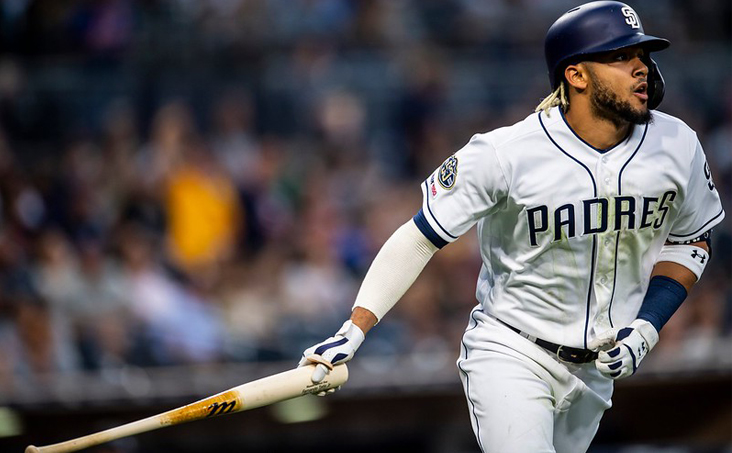 Pitchers and catchers reported to MLB Spring Training last week, and the rest of the position players are showing up this week. Let’s look at the best bets to make on baseball, right now.

With pitchers and catchers reporting to MLB Spring Training last week, and the rest of the position players showing up this week, this edition of 5 Bets is baseball-dominated with MLB futures including MVPs, Division titles & a surprising season under bet.

Most of the sportsbooks put out MLB proposition bets, and there are a few gamblers should take advantage of before the start of the season.

The San Diego Padres believe so much in Fernando Tatis Jr. that they signed him to the longest contract in baseball history. The shortstop inked a 14-year deal worth $340 million.

Now Tatis will prove he’s worth the money. The 22-year-old should help lead the Padres to the National League Championship at the very least, and that’ll give him the exposure to help him win the league’s MVP.

Four players are favored in front of Tatis. Mookie Betts of the Los Angeles Dodgers and Juan Soto of the Washington Nationals are the top picks at +750. Betts won the award in 2018 with the Boston Red Sox and would like to join Frank Robinson as the only player to win the award in both leagues.

Soto put up some monster numbers in a season shortened by the coronavirus. The biggest question: Can he be just as impressive in 162 games?

The third player is fellow Dodger Cody Bellinger. Because he and Betts are on the same team, they might hurt each other more than propel one to the award. And the final player ahead of Tatis is Atlanta Braves outfielder Ronald Acuna, also at +800. He could prove to be the biggest threat to win the award.

Tatis follows at +900. He’s part of a team that will challenge the Dodgers for the NL West and could meet in the NL Championship Series. With a lot to prove, he’s told reporters he’ll show he was worth the price tag. All of which should inform your MLB futures bets.

Don’t miss the daily Odds/Line Boosts at GoldenNugget! Golden Lines are a great way to boost your odds on sporting events. Check in daily for boosted odds on a selection of bets. 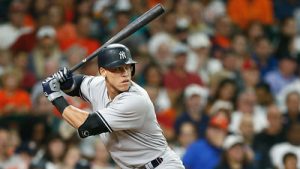 If New York Yankees outfielder Aaron Judge can stay healthy—something he’s been unable to do the past three seasons—he should be the favorite to win the MVP Award. When Judge is on the field, he’s devastating to opposing pitchers.

At 10/1, he’s also a great value bet. Oddsmakers at BetMGM believe Los Angeles Angels superstar Mike Trout will pick up his fourth MVP Award, and have him as the overwhelming favorite at +250. The Houston Astros’ Alex Bregman is tied with Judge at 10/1.

But Judge could be an easy selection for voters, for a couple of reasons. First, he plays in New York, so he’s already getting more exposure than Bregman will get in the smaller Houston market.

Secondly, Judge is in the final year of his contract. If he wants a deal like the one Tatis just got, the 28-year-old has to show management he can stay healthy. If he does, the offensive numbers should take care of themselves.

The sports action never stops, so why should your bet? BetMGM’s Edit My Bet feature lets you change any straight or parlay bet that has Cash Out available. Don’t like how your bet is going? Then change it!

In more MLB futures prognosticating, I think Judge will stay healthy, so I’m also high on the Yankees to win the American League Championship. At +250, I also like the odds. Betting them to win the AL East would be a safer wager, but at -200, I’m not keen on risking money for those odds.

Nope, I think New York will cruise into the World Series, and actually have a chance to upset the Dodgers, who are at +350 to repeat as champions. The Yankees are the next choice at +600, and if I wanted to play the longshot, I’d take them.

Still, getting nearly three to one on my money for them to win the ALCS is a bet I can make with confidence. 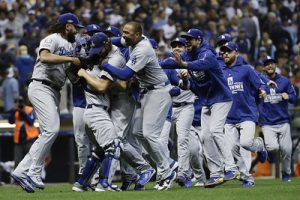 Hard to believe the Los Angeles Dodgers won’t dominate in the National League and repeat as World Series Champions, but there are two factors that’ll keep them from getting to 100 victories this season.

The first is their bullpen. As much as I love Clayton Kershaw, his dominating days are behind him. He’s 32 years old. That isn’t ancient, but he’s not going to pitch like he did five years ago. The team is also going to rely on another veteran, David Price. That’s a risky proposition.

The second is the San Diego Padres. They’re going to face their division rival 19 times, and they should give the Dodgers all they can handle. The rest of the division should be manageable, but the over/under on season wins is 102.5. I’ll take the under.

Boost your personalized parlays at PointsBet.com! Build any 3+ Leg Parlay of your choice and boost the final price yourself! Minimum 3 legs.

Several baseball pundits have written that the NL Central race will be a tight one, but I don’t share that opinion. While the rest of the teams in that division didn’t make a lot of noise in the off-season, the St. Louis Cardinals went out and got the best third baseman in baseball: Nolan Arenado.

The Cards already had one of the strongest defensive clubs in the majors, but getting Arenado only made them stronger. In addition, the team should have an improved pitching staff.

St. Louis is the +155 favorite to win the NL Central, and I don’t think it’ll be close.

Follow our 5 MLB futures bets from the first crack of the bat through the October Classic. To find more tips for betting on baseball at iGamingPlayer, just click here.