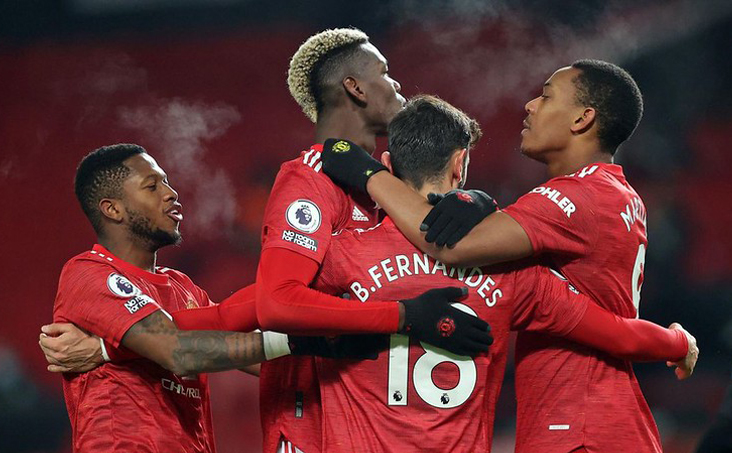 In this week’s 5 Bets, I went globetrotting, taking a wager on two events in the United States, one in the U.K., and another in Italy. The last of the 5 Bets is a futures wager that’s less than two weeks out. So plan to get in on that action now.

Formula 1 has its second race of the season. The PGA Tour gets back at it after the Masters. UFC will be under the Las Vegas lights. Manchester United will be hosting a Europa League quarterfinal. To wrap it up I took a peak at the upcoming NFL Draft. A very diversified 5 Bets to make this week.

There’s a lot to like about Lewis Hamilton at Sunday’s Emilia Romagna Grand Prix in Imola, Italy. First, the Formula 1 driver is the defending champion, part of the reason he’s listed at +125 to repeat.

Third, there are rumors that this could be Hamilton’s final year driving full-time on the Formula 1 circuit. If he plans on hanging it up, he’ll be trying to win every race, and I think he’ll be the victor in Italy. Take this for the first of your 5 Bets.

The driver was a bit coy about his future before the Bahrain Grand Prix, saying, “In the next eight months or so, I’ll find out whether I’m ready to stop or not.” Meanwhile, all bets on Hamilton.

Register a new-player account at WilliamHill.com. If you lose your first bet, you’ll earn a Free Bet of equal value up to $500!

After his second straight Top 10 finish at the Masters last week, it’s time for Corey Conners to win a golf tournament. The RBC Heritage in Hilton Head, South Carolina, might be the perfect place for him to do so.

Oddsmakers have Conners at 25/1 to capture this event, despite finishing 21st here last year, and though he hasn’t won a tournament since 2019, the talent is there. I liked Conners earlier this year at the Arnold Palmer Invitational at Bay Hill in early March. He almost paid off, but ultimately finished third.

This week, I’m not convinced he’ll win, but I do believe he’ll be in the mix. I bet on him finishing in the Top 5 at +550 at BetRivers, and I like his chances to be near the top of the leaderboard. I especially liked the odds the sportsbook was handing out.

Get RBC Heritage Top 5 Player insurance at BetMGM.com. Your wager will be returned up to $25 if the losing golfer you bet on finishes in the Top 5.

The main event of Saturday’s UFC Fight Night in Las Vegas features two middleweights seemingly going in different directions. Robert Whittaker is the -250 favorite. He’s looking to regain the middleweight belt and a victory over Kelvin Gastelum, which will set up a title bout with current champ Israel Adesanya.

Gastelum’s at +210 to pull off the upset, and is perceived as washed-up in the UFC. His record is 17-6-0, with one no-contest. At 29, his window of opportunity might have passed. And if he loses to Whittaker Saturday, he might not get another chance for a high-profile fight. Three of Gastelum’s last four fights were defeats. His one victory, against Darren Till, wasn’t considered to be in the same class.

Long story short, this contest will come down to which Gastelum shows up. Will it be the promising fighter once tabbed to be a champion? Or the one whose better days are behind him? We’re guessing the latter, and are putting the third of our 5 Bets on Whittaker.

Bet the Daily Odds Boost Specials at BetRivers.com! From moneylines to spreads and props to parlays, get in the action with the best prices on the games and storylines you want to bet!

Take Under on QBs in NFL Draft First Round 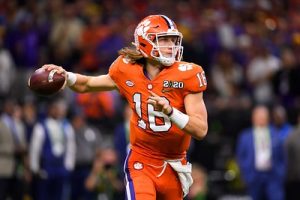 The NFL Draft is less than two weeks away, and the prop bets put out by BetMGM have the usual odds on the first three picks.

The beginning of the draft, however, will be a little bit of a sweat. Clemson Tigers QB Trevor Lawrence is a huge favorite to be picked No. 1. Then, after the Jacksonville Jaguars snatch him up, Zach Wilson, BYU Cougars signal caller, is expected to go to the New York Jets at No. 2.

The San Francisco 49ers are expected to take Alabama Crimson Tide QB Mac Jones. The hot rumor is that the New England Patriots are going to trade up for the fourth pick. If that’s the case, the Pats have their eyes on either North Dakota State Bison’s Trey Lance or Ohio State Buckeyes’ Justin Field to solve their issue at quarterback.

The sixth ranked QB who could push this over is Florida Gator Kyle Trask. Most mock drafts have him going in the second round at the earliest.

They should easily handle Granada at home this time. Man United is -200 to win and this could be the bet I like best this week. Look for the Premier League team to cruise to another victory.

Check in weekly for Reger’s 5 Bets, right here at iGamingPlayer.com.

Road to the Kentucky