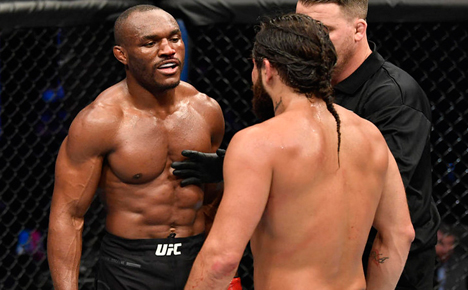 Reger’s on a streak, winning four of last week’s 5 Bets, with the last yet to be decided. This week, he handicaps NASCAR, NHL, PGA, UFC—and makes a bold NFL Draft prediction.

In last week’s edition of 5 Bets, I won four of the five wagers, and the fifth one—on the NFL Draft—won’t play out until next week.

Swelling with confidence, I feel strongly that I can equal that mark yet again this week.

For this week’s 5 Bets, I took a NASCAR driver who’s overdue for a win; a UFC fighter with an undefeated record; an Australian duo who could be a perfect PGA Tour pairing; an NHL-bound playoff team that has previously dominated a much inferior squad; and another prop bet for next week’s NFL Draft. 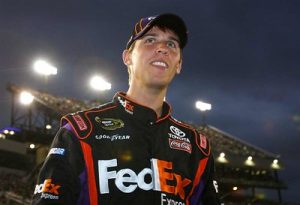 Are you baffled that Hamlin hasn’t won so far this year? Me, too. And it certainly has mystified the Joe Gibbs Racing driver.

“We definitely would like to have [wins], for sure,” Hamlin said two weeks ago. “But the way we’re running, we can win any given week.”

A victory almost came last week at Richmond Raceway. Hamlin was ahead, with 12 laps remaining. But a restart allowed Alex Bowman to overtake him for the win.

The second-place finish didn’t sit well with Hamlin, and this week, at the Geico 500 at Talladega , he’ll finally get into victory lane. Hamlin won the last time NASCAR was here, and took home the pole. At +650, he’s a great value bet.

Parlay Boosts add to your winnings! Pick three qualifying selections at GoldenNuggetCasino.com, and the Boost kicks in. Adding more selections will increase the Boost!

Usman Will Reign at UFC 261 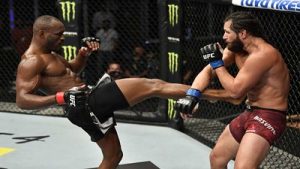 Kamaru Usman is 13-0 in the UFC, and less than a year ago, defeated his challenger at Saturday’s UFC 261, Jorge Masvidal.

But the welterweight championship rematch, where Usman is the -400 favorite, might be a little tougher than the “Nigerian Nightmare” expects. The circumstances for the first fight were much different than the upcoming bout. Masvidal took that fight on short notice—just six days—and said after his loss by a decision that the lack of preparation definitely hurt him. The 36-year-old hasn’t fought since, and said he’s ready to win this time. Masvidal is the +310 underdog.

If Masvidal executes a perfect fight, sure, he can upset Usman. But I don’t see that happening. I’ll take Usman to keep his perfect UFC record.

Introducing the one-game parlay at BetMGM.com. Create your new-player account today, and wager on football, soccer or the NBA! 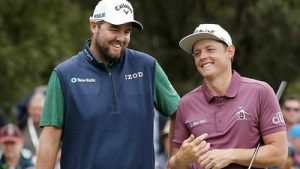 In 2019, Presidents Cup Captain Ernie Els ruffled a few feathers, saying Marc Leishman and Cameron Smith wouldn’t be good teammates. But the two Australian golfers have faith they can do well, and they get the chance to prove it this week, at the Zurich Classic of New Orleans.

It might be sort of an audition for Presidents Cup International Captain Trevor Immelman. The duo played well in another team setting, the World Cup. Leishman also won Zurich in 2017, when he was paired with Jonas Blix.

The Aussies are coming off strong performances two weeks ago, at the Masters. Leishman tied for fifth, and Smith tied for 10th. Smith also tied for ninth last week at the RBC Heritage.

The Buffalo Sabres are the worst team in the NHL. They have the fewest points of any team, and it cost head coach Ralph Krueger his job a month ago.

The Sabres haven’t played any better for interim coach Don Granato, going 6-13 since he took over. This team is definitely looking forward to the offseason.

The Boston Bruins, on the other hand, are fighting for the fourth and final playoff spot in the East Division. They have a five-point lead over the New York Rangers, and beating teams like Buffalo will be mandatory if they want to get to the postseason.

The Bruins defeated Buffalo 2-0 on Tuesday as a -300 favorite. They’re -295 to win again on Thursday. They might not shut out the Sabres, but should win easily yet again. 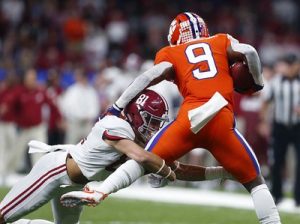 NFL teams don’t place much stock in the running back position. But the first-pick RB in next Thursday’s NFL Draft has become a hotly debated topic. Alabama Crimson Tide running back Najee Harris is the favorite at -140, but several draft analysts believe Clemson Tigers’ Travis Etienne (l.)will be the first back off the board.

One mock draft has Etienne going to the Washington Football Team with the No. 19 pick. Another projects Harris going first to the Pittsburgh Steelers with the 24th pick, and Etienne going in the second round.

I like Etienne going before Harris. He’s a more explosive running back, and also is a better pass catcher.

Stay in the know. Read John Reger’s 5 Bets every week at iGamingPlayer.