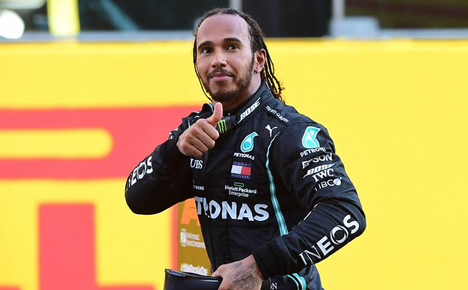 This week’s 5 Bets include a longshot at the Madrid Open, an F1 driver who pays, and our first horse racing bet of the year (hint: it’s not the Kentucky Derby favorite).

In this week’s 5 Bets, I’m making my first tennis wager of the year, looking at a nice longshot at the Madrid Open. I’m also placing my first horse racing bet of the year—but I’m not buying the favorite to win the Kentucky Derby. In golf, I’m taking a break from the PGA Tour, and instead going to the senior circuit. I like a certain German to pick up his first victory of the year at the Insperity Invitational.

I’ll also bet on a Formula 1 driver I’ve cashed with before, and two NHL teams I predict will stay under the total goals in their Thursday contest. Check out this week’s 5 Bets, and let us know how they work for you.

Even though Aryna Sabalenka has some tough competition in her bracket at this week’s Madrid Open, including Simona Halep and Victoria Azarenka, I believe she’ll prevail. Sabalenka defeated Halep recently in Stuttgart.

Getting to the quarter-finals will be difficult, but if she can advance, it might be worth taking Sabalenka at +1200.

Rock Your World has had three races, and finished first in all three. The John Sadler-trained horse really caught the eyes of bettors at the Santa Anita Derby in the beginning of April, when he won by four lengths over the favorite, Medina Spirit.

I like this horse to pull off the upset Saturday at the Kentucky Derby. He’s getting +500 odds and will be starting directly to the right of +200 favorite Essential Quality.

(logo/link) Reward yourself with up to 40% more profits on your winning parlays at BetMGM.com. Just opt in to place a 4-7 leg parlay on any sport or combination of sports.

Lewis Hamilton won the first Formula 1 race of the year, and then played second fiddle to Max Verstappen at last week’s Emilia Romagna Grand Prix. The two are expected to finish in the top two spots this week at Sunday’s Portuguese Grand Prix.

Verstappen is the slight +140 favorite, while Hamilton is next at +160. This will be the first time drivers will be on the Autodromo Internacional do Algarve.

An inaugural track would level the playing field, but I think Hamilton has the edge, though he told reporters Verstappen is a worthy adversary.

“I think this is really the first time in a long time that Red Bull have had a championship-winning car,” Hamilton said. “So I think it’s going to be close all the way through the year.”

My money is on the veteran Hamilton to win this Sunday.

Double down on your first settled sports bet. Make your bet on any sportsbook market (minimum odds -200) at GoldenNuggetCasino.com. Your stake will be matched with a Free Bet up to $250. 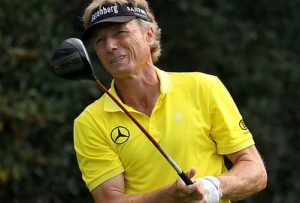 We’re only four events into the PGA Tour Champions season and Bernhard Langer hasn’t won yet. That’s no reason for alarm, however. Last year, Langer didn’t win until his fourth event, the Cologuard Classic.

This week is the 63-year-old’s time to be in the winner’s circle at the Insperity Invitational. Langer has won the tournament four times, three of them at the Woodlands, this week’s site.

In the three tournaments he’s played this year, Langer finished 11th, 14th, and sixth. Langer knows this course, and has won there. I’ll take the German to finish first at 8/1.

At first glance, the Boston Bruins playing the hapless Buffalo Sabres looks like it would be a goal-fest. It’s certainly been that way the last two times these two met, with the over hitting both times.

This time, I think it might be time for the under. Boston is playing more disciplined, defense-minded hockey as of late. The Bruins faced the Pittsburgh Penguins, a team they might see in the first round of the playoffs, and played like they were gearing up for the post-season. They lost on Sunday 1-0, but came back to down the Penguins, 3-1 on Tuesday. Both games hit the under.

The Sabres aren’t anywhere near Pittsburgh’s class, but they’re playing with a little more pride lately. They lost to the New York Rangers 3-1 on Tuesday, keeping that game under the total of 5.5.

This season, Buffalo has faced Boston seven times and the under has hit in five of those games. I’ll take the under in Thursday’s contest and bank on that trend continuing.

Do the math. 5 Bets a week = hundreds of possible wins every year. Read John Reger’s 5 Bets every week at iGamingPlayer, and let us know how it pays.