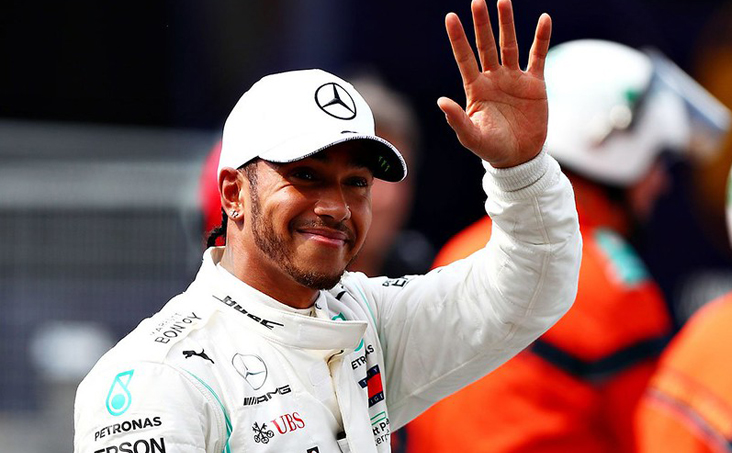 With the NHL Playoffs in the second round, this week’s 5 Bets includes two Thursday that I like. Formula 1 is also back after a week off, and I’m sticking with my favorite driver.

lThe NHL Playoffs are in the second round, so this week’s 5 Bets includes two games on Thursday that I like. Formula 1 racing is also back after a week off, and I’m going back to my favorite driver.

Also, the last leg of the Triple Crown is Saturday, and I’m taking a flyer on a horse with great odds and a good chance to win the Belmont Stakes. The last bet is on the PGA Tour’s Memorial, and a certain golfer who’s red-hot and could finish in the Top 5. 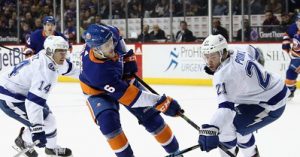 Right now, the New York Islanders are a thorn in the side of the Boston Bruins. The Islanders are +175 to win the series, and they got a split on the road, winning Game 2 in overtime, 4-3.

For Game 3, again they’re the underdogs, but the odds have tightened a bit. The game in New York opened with the Islanders at +120. It’s since moved to +110.

While the Islanders are the underdogs, they aren’t playing like it. They got what they needed in Boston, winning one of the first two games. Now they have the opportunity to grab the series lead with a victory on Thursday at home.

Another reason the Islanders will prevail is that they were 5-3 against Boston in the regular season. They have the confidence to play with the Bruins, and if they can shut down Boston’s top line, they will prevail.

Get your Golden Lines Daily Odds Boost at GoldenNuggetCasino.com. Enhanced odds and specials on your favorite sports are posted every day.

So far, the Tampa Bay Lightning have been cruising against the Carolina Hurricanes. The Lightning, a -270 favorite to win the series against Carolina, is already up two games, and now returns home.

That could be too much for the Hurricanes, who are +130 in Thursday’s Game 3. That line moved quickly from +110.

Tampa Bay opened at -130 to win Game 3, and then the line shot up to -145. Another reason to like the Lightning is that Carolina will probably be without one of their top scorers, center Vincent Trocheck, who left Game 2 with a leg injury that could keep him out for the rest of the playoffs.

Lewis Hamilton had his worst finish of the 2021 Formula 1 season at the Monaco Grand Prix two weeks ago, finishing seventh. Hamilton told reporters it was a bad race for the entire Mercedes team.

“We always take responsibility for our mistakes as a team and today collectively we didn’t do as good as we could,” he said, “and yes, that’s including me. But we live and learn.”

Hamilton, who won three of his previous four races before laying an egg at Monaco, will bounce back at the Azerbaijan Grand Prix on Sunday. He’s not the favorite, but stands at +130 behind Max Verstappen, who won at Monaco and is at +110 to win the Azerbaijan GP.

However, given that Hamilton and his crew had almost two weeks to analyze what went wrong in Monaco, I don’t see him doing anything but returning to the winner’s circle on Sunday. Add Hamilton to your list of 5 bets.

All-stars meet Rock Stars at HardRockSports.com. Simply deposit $100 or more and place your first bet of $100 or more. If your pick doesn’t rock out a victory, you’ll get back $100. 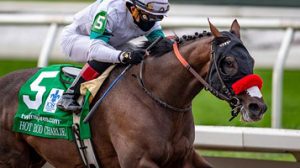 The Belmont Stakes, the final leg of the Triple Crown, is Saturday, and it’s a wide-open race. With that said, I’m going to shy away from the favorites, Essential Quality (2/1) and Rombauer (3/1), and go with the third horse, Hot Rod Charlie, who’s at 7/2.

This horse has proven he can run with quality fields. He won the Louisiana Derby earlier this year at 11/3 miles. The Belmont is the longest of the three Triple Crown races at a mile and a half, but I believe Hot Rod Charlie is up to the task.

Finishing third at the Kentucky Derby also proved he can compete. In my view, resting him and not running him at the Preakness improves his chances of winning. 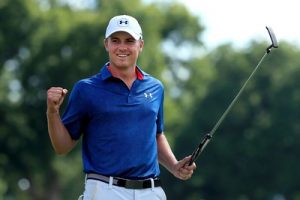 Jordan Spieth has been the most consistent golfer on the PGA Tour for the last two months. His odds of winning this week’s Memorial Tournament are +1600, and while that’s tempting, I like him finishing in the Top 5 at +400.

In his last six events, Spieth finished in the Top 10 five times, including a tie for third at the Masters. Last week, Spieth carried the lead at the Charles Schwab Challenge before a final-round 73 dropped him to second.

I expect the 27-year-old to continue sitting at the top of the leaderboard this week. In eight appearances at the Memorial, he has two Top 10s and three Top 20s. Make him one of your 5 bets.

Create a new-player account at Unibet.com, and you’ll get $20 free without deposit! Add funds, and your first cash bet is insured. Get up to $250 back if you don’t hit a winner.

Don’t fill out that betslip until you check in with Reger’s 5 Bets, right here at iGamingPlayer.