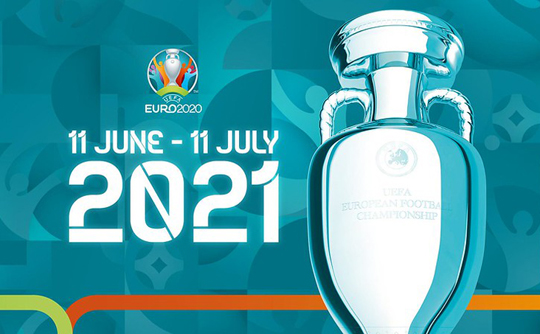 European soccer is the highlight of this week’s 5 Bets, with Euro Cup 2021. There’s also a loaded card for UFC 263, and NASCAR has its All-Star race Sunday at Texas Motor Speedway. We also look at a PGA Tour Champions golfer to defend his title at this week’s American Family Insurance Championship. The last of this week’s 5 Bets is on the NHL Playoff series. 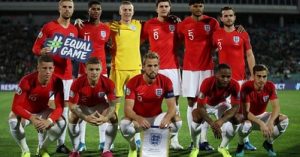 The Euro Cup 2021 begins Friday, and England and France are the +500 favorites to win the European soccer championship. The tournament was cancelled last year because of Covid-19.

England begins its quest in Group D play, along with Croatia, Scotland and the Czech Republic. BetMGM (add affiliate link) has England the favorite to win Group D at -275, and it’s a safe bet that they should cash.

The English team is one of the most talented in years. They have Golden Boot candidate Harry Kane, as well as Raheem Sterling, Jadon Sancho, and Mason Mount. They begin the tournament Friday with Croatia, which has the next best odds at +300. The last time the two countries met, Croatia upset the Brits in the semifinals of the 2018 World Cup.

If England gets past Croatia, and it’s -135 to win on Friday, the team should have little problem with the other two countries in Group D. The Czech Republic is +1100 to be tops among the four, while Scotland is at +1600. Make this the first of your 5 Bets.

Vettori to Upset Adesanya in UFC 263 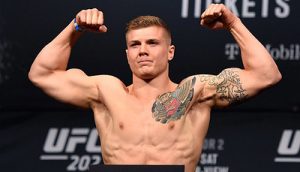 Motivation is a huge factor in sports, one I always consider when making picks, especially when it comes to underdogs. Marvin Vettori has a score to settle with Israel Adesanya, and I think he’ll do it in Saturday’s UFC 263, to be held at Gila River Arena in Glendale, Arizona.

The Italian MMA fighter met Adesanya back in 2018, and lost in a split decision. Many people, including Vettori, thought he won. The outcome has stuck with Vettori, and he’s used it as motivation.

Vettori could give Adesanya trouble with his aggressive fighting style. He’s also improved his technique since the two met three years ago. I like the +200 odds for Vettori, and predict that he’ll be victorious on Saturday.

John Reger is on the money! For unique sports betting insights and tips, read 5 Bets every week at iGamingPlayer. 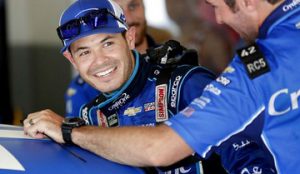 There’s no more consistent NASCAR driver right now than Kyle Larson, who should win this Sunday at the NASCAR All-Star Race. Larson is the +350 favorite, while Martin Truex Jr. is next at +700.

Larson opened at +450, and at BetMGM (add affiliate link) has dropped all the way to +325. It’s not unthinkable that the 28-year-old could fall even farther down the board. The Hendrick Motorsports driver has won his last two races, including last week’s Toyota Save Mart 350 at Sonoma Raceway.

Before winning two victories in two weeks, Larson had three consecutive runner-up finishes. He told reporters last week that he hasn’t been this confident in years.

“I’ve talked about 2017 being a really good year for me. I would say this is better, for sure,” Larson said. “Now we’ve got three wins at this point in the season, a lot of other seconds and top-fives. Right now, I feel like we could go to any racetrack and be good.”

In another possible advantage for Larson, he has the pole for Sunday’s race. He’s 5 Bets material this week.

Look for Jerry Kelly to Defend 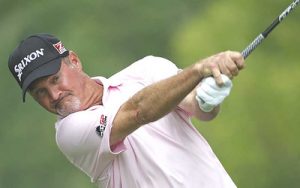 No one wants to win the AmFam Championship more than Jerry Kelly. The Wisconsin native has a house close to University Ridge Golf Club in Madison, where the tournament will be played.

You may remember that Kelly won this one in 2019, and celebrated emotionally with his caddie. He couldn’t defend his title last year, as the championship was canceled due to Covid-19. Now the golfers are back, and Kelly will go all out to win. At +1200, he also has lots of value for this wager.

In his last eight tourneys, Kelly’s finished in the Top 10 six times, including three Top 5s. Look for him to defend this week. 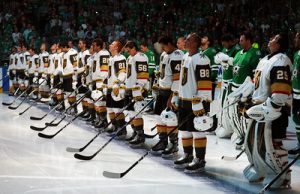 Tuesday’s Game 5 between the Vegas Golden Knights and the Colorado Avalanche was crucial. Whoever won the game would have a 3-2 series lead and be one game away from advancing.

The Golden Knights enjoyed an incredible victory on the road, and can close out the series at home. The Knights are -145 favorites to win their fourth consecutive game. Make them one of your 5 Bets, and watch them go on to meet the Montreal Canadiens.

Get NHL Playoff Overtime Insurance at BetMGM.com. If your team loses in OT, you’ll get your original stake back, up to $20 in Free Bets.