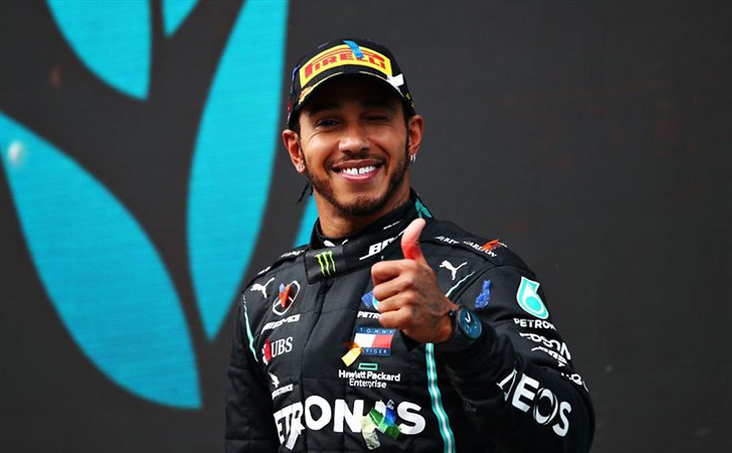 This week’s 5 Bets are all about marquee contests: we’re talking the NHL Playoffs, Euro Cup soccer, U.S. Open golf, and a Formula 1 race. Hint: The money’s on a driver who won back-to-back at the French Grand Prix.

This week, my best bets are on the biggest contests in sports: the NHL Playoffs, Euro Cup soccer, and golf’s third major championship of the season, the U.S. Open. I’m also betting on Formula 1 driver Lewis Hamilton—a favorite of mine, in a race he’s already won twice. 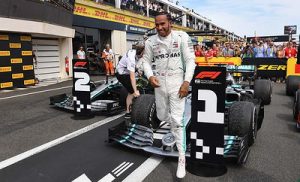 You’ve gotta like Lewis Hamilton in any Formula 1 race. But the French Grand Prix is special. First, Hamilton won back to back races at Circuit Paul Ricard, in 2018 and 2019 (the race was canceled in 2020, due to Covid-19). And second, Pirelli’s bringing the same tire combination it used in 2019, the most recent year Lewis won.

“We’re back to the combination of tires used for the first two races of this year, right in the middle of the range,” said Pirelli Head of F1 and Car Racing Mario Isola. “This is the most versatile combination, well suited to a wide variety of different demands. And this is also what makes it a good match for the Paul Ricard circuit, which contains an interesting mix of corners.”

For these reasons, look for Hamilton to dominate in France. He’s listed at +100 at BetRivers, but PointsBet has him at +110.

Boost your personalized parlays at PointsBet.com! Receive 1 Boost on Traditional Parlays and 1 Boost on Single-Game Parlays every day!

Doubling Down on Vegas Golden Knights 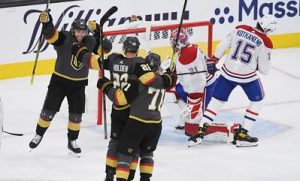 Before the Stanley Cup Playoffs began, I took the Vegas Golden Knights to win at +550. Obviously, the odds have plummeted, but I still think they’re a solid pick to win, even at -120.

The key for me was Colorado. Before the playoffs, I said whoever won that series would win the cup, too. I stand by the prediction, especially after Vegas took apart the Montreal Canadiens in Game 1 of their semifinals. The Knights systematically destroyed the Habs in the opener, cutting off the neutral zone and giving them few scoring opportunities. I predicted the series would go no more than five games.

The Tampa Bay Lightning have the next best odds to win the Stanley Cup (+290), and are locked in battle with the New York Islanders. The Lightning should win this series, but don’t be surprised if it goes seven games. If that’s the case, the Lightning will face a superior (and well-rested) Vegas team. Add the Knights to your 5 Bets.

Bet sports this summer for up to $1,000 in Free Bets at WilliamHill.com. Place straight, parlay and teasers to rack up points. Enroll by July 31. 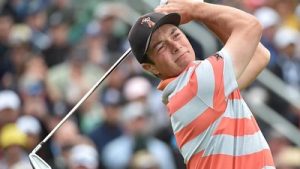 Viktor Hovland has become the darling of prognosticators for this week’s U.S. Open, with many believing he has a legitimate chance to win. Oddsmakers have Hovland at +2500, and those looking for value are jumping on the Norwegian.

I’ll take the contrarian view, and predict that Hovland doesn’t make the cut. Yes, I like the odds of that proposition bet at +300, but I also have a feeling the 23-year-old will struggle this week. The first reason is that Torrey Pines will be a bomber’s paradise. That’s an immediate disadvantage for Hovland, who ranks 54th in driving distance on the PGA Tour.

Second, I know Hovland finished tied for second at this year’s Farmers Insurance Open, which is also played at Torrey, but the golfers will be seeing two totally different layouts. Hovland has finished in the Top 20 in the last two U.S. Opens, so I’m going against the odds here, but this is a hunch wager that I believe will hit.

Get A Mulligan at BetMGM.com. Bet on a golfer to win the U.S. Open. If your choice loses, but finishes in the Top 5, you’ll get your wager back in Free Bets, up to $25! 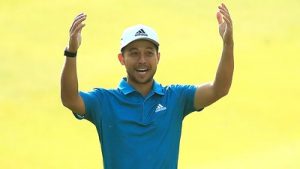 Xander Schauffele is always in the conversation when it comes to potential U.S. Open winners—and for good reason. The 27-year-old is usually near the top of the leaderboard for the major championship.

Schauffele finished fifth in the 2020 Open, and was tied for third in 2019. While long drivers usually reign at this event, Schauffele manages to keep up with them, despite being 26th in driving distance on tour.

At +2000, he’s definitely worth a bet this week. Here’s another stat I like: he finished tied for second at Torrey Pines this year at the Farmers Insurance Open. Besides, he’s from San Diego. Home-course advantage. Add to your list of best bets. 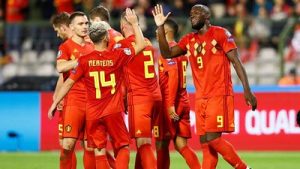 Belgium is the favorite to win Group B of the Euro Cup, and the team started strong by shutting out Russia 3-0 on Saturday. They now travel to Copenhagen to take on the Denmark team.

The Danes suffered a near-fatal tragedy in their first match against Finland, when Christian Eriksen suffered cardiac arrest on the pitch in the first half. Fortunately, Eriksen survived, but his teammates were visibly shaken. The game resumed, and Denmark fell, 1-0.

I don’t think the team is over that scare. Belgium was already expected to defeat Denmark, and at +100, they’ll do just that. Put Belgium high on your list of best bets.

Be a better bettor. Read John Reger’s 5 Bets every week at iGamingPlayer.