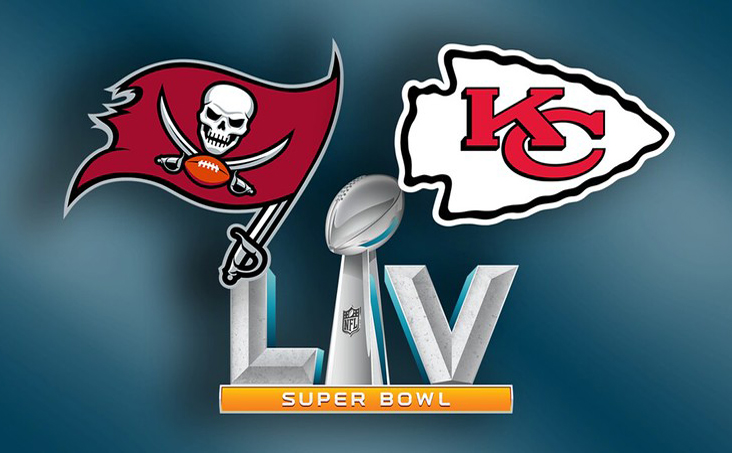 Here are 5 best bets that could bring big paydays. Start with the Super Bowl. Add the English Premier League, the PGA, the NHL, and NCAA men's hoops.

This week’s 5 best bets could bring big paydays. Start with a Super Bowl prop bet. Then add the English Premier League, the PGA Tour, the NHL and NCAA men’s hoops.

Super Bowl LV is still more than a week away, so most prop bets haven’t been released yet. But there are some early ones we like, including a combination prop featuring the coin toss.

It’s one of the most popular bets on Super Bowl Sunday: Who will win the coin toss? The odds for either team winning the toss are -105, and right now the Tampa Bay Buccaneers are +145 on the moneyline to defeat the Kansas City Chiefs.

Couple that with winning the coin toss and the game, and the odds for Tampa Bay go up to +355.

Best bet: Winning the coin toss is 50/50. If you believe the Bucs are going to upset the Chiefs, this is a great way to get a better return for your money.

The lone English Premier League soccer matchup on Thursday is Liverpool on the road at Tottenham Hotspur. Liverpool is favored by BetMGM at +120 to win on the road, but Tottenham is +220 to pull off the upset. Our best bet is on the Spurs.

Taking Tottenham Hotspur is the more attractive play, and could be a rewarding bet. The Spurs could very well take advantage of a struggling Liverpool team, which hasn’t won its last seven contests. That includes a 3-2 defeat to Manchester United in the FA Cup on Sunday. An upset loss to Burnley earlier last week dropped them to fourth in the standings just above the Spurs. And with a loss on Thursday, Liverpool will drop to fifth behind Tottenham.

Best bet: Meanwhile, Hotspur’s been on fire lately, not losing in eight matches.

Introducing the 1-Game Parlay at BetMGM.com! Now you can build a parlay by selecting the winner, total and multiple player props from a single game. Make every play of the game matter even more.

The Farmers Insurance Open is January 28-31 at Torrey Pines Golf Course, and Max Homa is a big fan of the area. San Diego is listed as his favorite city in his PGA Tour bio, and the Southern California resident played well at this event in 2020. Homa tied for ninth, finishing strong with a 67 on the final day.

Couple that with his recent play, and Homa could repeat last year’s Top 10 performance at the Farmers Open. In his last two events, Homa finished tied for 12th and tied for 21st. The T-21 at last week’s American Express could have been better, but a final-round 76 spoiled his chance to compete for his second tour victory.

Best bet: There could be a bounce-back this week. At 11/1, we’re willing to bet that Homa finishes in the Top 10.

The Vegas Golden Knights have a goalie controversy brewing. The team’s No. 1 starter, Robin Lehner, has looked awful his last two games, and allowed five goals in two losses.

Meanwhile, Marc-Andre Fleury has the team’s only shutout of the season so far, and is undefeated in his three appearances this season.

Fleury should get the start on Thursday when the Knights face the St. Louis Blues in the second game between the two teams.

Best bet: Vegas is the -150 favorite, but the bet we really like is the under. The line is set at 6.5, and Fleury currently has a goals against average of 1.01. The two teams should play a lot tighter than the 5-4 overtime score in Tuesday’s first contest.

Bet $50, Get $50 on your first sports bet at BetAmerica.com! Just create your new-player account, make a deposit of at least $50, and the bonus is yours.

A nice futures bet for a team to win the NCAA Championship might be the Iowa Hawkeyes at 12/1. The team is currently 12-2 on the season, and ranked No. 4 in the AP Top 25.

The Hawkeyes’ two losses came against the No. 1 Gonzaga Bulldogs, and in overtime to the No. 21 Minnesota Golden Gophers.

Best bet: Iowa features center Luke Garza, who’s going to be a match-up problem for several teams. Garza could take the Hawkeyes deep into the NCAA Tournament, and at 12/1, they might be worth taking a flyer on.

Get your 5 best bets every week at iGamingPlayer! Sign up for our newsletter below or stop back each week for bonuses, promos, odds and insights.