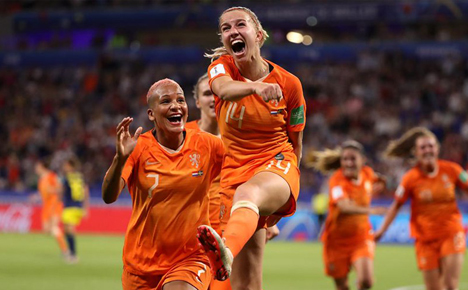 It’s an all-Olympics edition of 5 Bets this week, with our picks in soccer, golf, handball and boxing. Let’s cash in on these summer games.

It’s all-Olympics, all the time, in this week’s edition of 5 Bets.

Soccer has moved into the knockout stage, and one game could turn a nice profit for bettors. Golf has been a bonanza at sportsbooks; BetMGM reports that business is brisk, and puts Japan’s Hideki Matsuyama as the biggest liability. I like another foreign golfer to take home the gold.

I’m not ignoring some of the lesser-known sports. I like a Hungarian athlete to medal in the modern women’s pentathlon. And I’m eyeing handball and boxing as value bets. 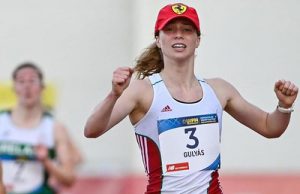 Hungary’s Michelle Gulyas is listed as the fourth choice to win the women’s modern pentathlon, but her recent track record could get her on the platform. The 20-year-old won a modern Pentathlon Union World Cup in April, beating out Britain’s Francesca Summers and Belarusian Anastasiya Prokopenko.

That was her first international gold medal, but it won’t be her last. This is the first Olympics for Gulyas, so nerves could play a role, but I believe she could easily win the bronze medal, or even sneak up and grab the silver.

Gulyas comes into this contest as the top-ranked competitor. At +650, it’s tempting to take her to win the gold. But I’ll play it safe and take her at +175 to finish in the Top 3.

Get up to 40% more profits on winning parlays at BetMGM.com. Place a 4-7 leg parlay on any sporting event combo. 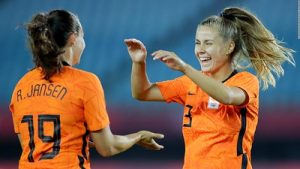 The USA women’s soccer team looked shaky in group play, losing its first match to Sweden 3-0, downing New Zealand 6-1, and tying Australia 0-0. The team came into the Olympics as the favorite to win the gold medal. They still are, at +125, but the odds have dropped from when they opened at -185.

The team’s quarterfinal opponent is the Netherlands. I think the Dutch will shock the U.S. and advance to the semifinals. Two reasons for that thinking: one, the Netherlands looked stronger in group play. And two, they clobbered Zambia 10-3 and China 8-2. They tied Brazil 3-3.

The Netherlands is led by scoring machine Vivianne Miedema, the striker who broke the record with eight goals in three games.

There’s a motivation factor for the Netherlands as well. These opponents last met in the 2019 World Cup finals, with the USA winning, 2-0.

This year’s U.S. women’s team has been listless, even after their shocking loss to Sweden. I think they’ll score, but 5 Bets says the Netherlands will win. BetMGM has a line of both teams scoring and the Netherlands winning at +350. I like that wager.

Norway’s Viktor Hovland has established himself on both the PGA and European PGA tours. Now he’s out to win an international competition. The golfer has taken tournaments in Puerto Rico, Mexico and Germany in the last two years, so he knows how to win anywhere.

“People not knowing anything about golf—there are plenty of those people in Norway,” he said. “I think they would probably be more excited about an Olympic medal compared to a major, because they might not know what a major is. Everyone’s heard of the Olympics, and an Olympic medal carries a lot more weight than a major maybe does for some people.”

Hovland is +1200 to win a gold, and is comfortable battling top golfers like Collin Morikawa and Justin Thomas. Add him to your 5 Bets.

Have an Olympic bet or parlay not listed at PointsBet.com? Request it through the Olympic Specials Name-A-Bet Hub! 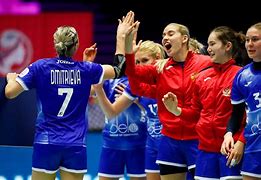 The Russian Olympic Committee is defending its Olympic championship in women’s handball, and will probably face the favorite, Norway in the final. The ROC is at +230 to win the gold, while Norway is at +155.

Norway won the European Championship last year, which is why sportsbooks have them as the favorite. But the ROC usually performs well in the Olympics. I’ll take the Russians to pull off the minor upset. 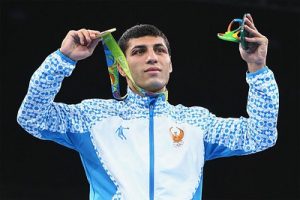 Shakhobidin Zoirov from Uzbekistan is a big reason his country won more boxing medals than any other nation in the 2016 Olympics in Rio. He leads his country again as a heavy favorite to get gold as a flyweight.

Zoirov is a +175 pick to win that division. The next closest, Yosvany Vietia of Cuba, is at + 500. Zoirov advanced to the Round of 16 following a one-sided unanimous decision win over Turkey’s Batuhan Ciftci. That ran his undefeated mark at the Olympics to six bouts. I have no doubt he’ll run the table again, and take home the gold.

Join UnibetCasino.com today and your first cash bet is insured up to $500 if you don’t hit a winner.