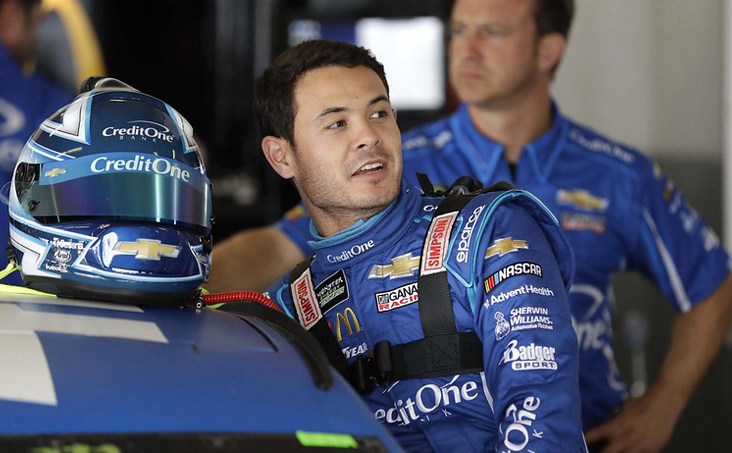 This week’s 5 best bets include NASCAR, UFC 265, a winning WNBA team, PGA golf, and a contender for NFL Offensive ROY.

With the Summer Olympics winding down and the NFL season a month away, there’s currently a bit of a lull in sports betting. But we get a bump with NASCAR returning from a two-week break. At Watkins Glen this week, I like a driver with an affinity for road courses. The main event at UFC 265 could provide the next contender for the heavyweight crown, and I’m leaning toward the underdog.

With men’s Olympic golf concluded, the PGA Tour gets some attention, with a Tokyo participant expected to make the Top 5. The WNBA Championship is still a few months away, but I like the favorite to capture the title. Lastly, I fulfill my NFL fix by betting on the Offensive Rookie of the Year. 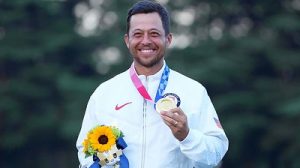 Usually I’d shy away from a golfer who won the previous week, especially when it was an Olympic win. But I think Xander Schauffele is invigorated after winning the gold medal in men’s golf in Tokyo. I expect him to keep the momentum going at the World Golf Championship’s FedEx St. Jude Invitational.

The 27-year-old told reporters Tuesday that he’s still adjusting a bit from the 2020 games, but will be ready for this week. “Fortunately, I’m not coming to a new property, but one I’ve played a few times and had minimal success on,” Schauffele said. “I think I’m obviously in decent form coming overseas. Looking forward to the week.”

Schauffele is usually around the top of the leaderboard in big events, and with 48 of the Top 50 in the Official World Golf Rankings playing in Memphis, the strong field should bring out the best in him.

Lewis Pulls Off Upset at UFC 265

The main event at UFC 265 features a heavyweight bout between Derrick Lewis and Frenchman Ciryl Gane. Whoever wins will be the top contender in the division, so there’s a lot at stake on Saturday night.

The contest is in Houston, which favors Texan Lewis. He’s a pretty big underdog at +280 at Caesars Sportsbook (formerly William Hill), with Gane at -350.

For Lewis to pull off the upset, he’ll need to employ his thundering right hand. Gane will win if he can avoid that knock-out punch, which Lewis has used so devastatingly in past bouts.

Yes, Gane’s the overwhelming favorite, but I’ll take the underdog at +280.

Sign up to bet on sports at PlaySugarHouse.com, and your first deposit will be matched up to $250.

Larson Back on Track at Watkins Glen

Kyle Larson has been dominating NASCAR this season, though he’s recently cooled a bit. After finishing either first or second in seven consecutive races, he’s only posted one Top 5 finish in his last five races.

That could change this Sunday at Watkins Glen. The drivers are on a road course, and with Larson’s prior success on this type of track, I’m backing him to win at +500.

Chase Elliott is the favorite to win at +185 at PointsBet. Elliott has been impressive on road tracks, finishing with seven victories in his last 11 races on that layout. But Larson won at Sonoma earlier this year, and he’s due for another victory.

New customers get up to a $500 Refund (in Free Bets) if their 1st Fixed Odds Bet loses at PointsBet.com. 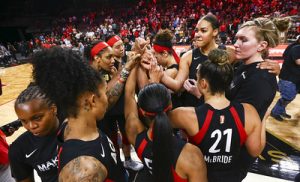 I should have made this bet six months ago, and I’m kicking myself for waiting. The Las Vegas Aces opened the year at +350 to win the WNBA Championship, well behind the Seattle Storm, who were at +175.

As the season’s progressed, however, the Aces have shown they’re the team to beat; they’re now at +220 at BetMGM. Those were the best odds found, and I pounced on it, since I saw lines for the Aces at other sportsbooks at anywhere from +180 to +205.

The Aces are still a game behind the Storm in the Western Conference, but come playoff time, their talent will be too much for any team to overcome.

Get 40% more in profits on winning parlays at BetMGM.com. Just opt in and place a 4-to-7 leg parlay on any sport or sports combo.

I’m very excited about this pick. Most draft experts believe tight end Kyle Pitts will be an immediate impact player for the Atlanta Falcons. I share that belief, and take it one step further. I think Pitts will be the dominant offensive rookie. I’ll take the NFL’s Offensive ROY award away from the four quarterbacks listed above him.

Unlike the QBs, who will be thrown into an offense and be forced to climb a learning curve, Pitts is ready to make an instant splash. The Falcons traded away wide receiver Julio Jones, and this only ups Pitts’ potential. If he performs well, he’ll win the award. And at +1000, I like the upside of this bet.

Join the sportsbook at Unibet.com today. Once you add funds, your first cash bet is insured up to $500 if you don’t hit a winner.