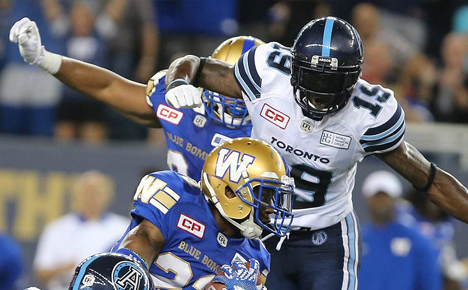 This week's 5 bets include a preseason NFL game, Canadian football, a PGA Tour stop, and a NASCAR favorite. Finally, can Leeds challenge Man U?

NFL football is back! It’s only preseason, but after a summer slogging through baseball, it’s nice to have another Big 4 sport return. Your 5 bets to make this week will include a preseason NFL game. We’ll also go north of the border and dabble in the Canadian Football League. Next, I’ll bet that a golfer with past success at the Wyndham Championship grabs a Top 10 finish.

I won my NASCAR bet last week, taking Kyle Larson to capture his fifth victory at Watkins Glen. With the drivers competing on their second road course in as many weeks, I back another driver who has a strong track record with that type of layout.

Finally, it’s the English Premier League. One team just got promoted and has to face a league powerhouse. I like the favorite. 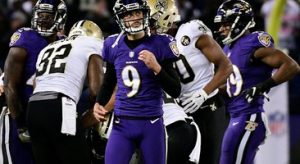 No one’s had a better run in the NFL preseason than Baltimore Ravens head coach John Harbaugh. If you don’t count last year, when the preseason was cancelled because of Covid-19, Harbaugh’s won his last 17 preseason games.

Expect that to continue Saturday when the Ravens host the New Orleans Saints. Baltimore is favored by 2.5 points at PointsBet, but I’m going to forego that wager and instead take the moneyline at -145.

There are a couple of reasons to back the Ravens, in addition to their winning streak. New Orleans is a hot mess right now. Jameis Winston and Taysom Hill are competing for the starting quarterback job, but neither has shown any real consistency. They’ll be facing one of the strongest group of cornerbacks in the league. I don’t see either one scoring as often as they need to defeat Baltimore.

Also, the wide-receiving corps is in disarray with the Michael Thomas situation. The All-Pro pass catcher had surgery on his ankle later and isn’t to return until midseason. Can the Saints find someone to fill his spot? Not an easy task. 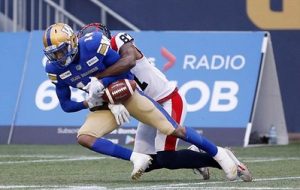 It’s Week 2 for the Canadian Football League and both the Winnipeg Blue Bombers and the Toronto Argonauts won as underdogs last week. Toronto shocked the Calgary Stampeders on the road as a 7-point dog, winning 23-20.

Winnipeg hosted the Hamilton Tiger-Cats and prevailed, 19-6, despite getting two points.

This week, the Blue Bombers are favored by 5.5 points over the Argonauts at BetRivers, but it shouldn’t be that close. Toronto is 2-17 straight-up in its last 19 road games. It’s also 1-7 against the spread in its last eight games against Winnipeg. In this week’s 5 bets, I’m taking the Blue Bombers and giving away the points.

Play at BetRivers, and your first deposit will be matched, dollar for dollar, up to $250. Get started today!

Snedeker Sneaks into Top 10 at Wyndham

Brandt Snedeker enjoys playing the Wyndham Championship. The 40-year-old is second only to Webb Simpson is all-time earnings at this tournament on the PGA Tour.

Though he hasn’t won in 2021, Snedeker tied for fourth at the Zurich Classic of New Orleans, tied for sixth at the Valero Texas Open and tied for 11th at last weekend’s 3M Open in Minneapolis.

He’s close to making the Top 10 again, and this will be the event where he does it. Besides, I like the +500 odds at BetMGM.

Elliott King of the Road at Brickyard 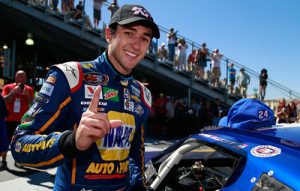 Chase Elliott is one of the best road-course drivers in NASCAR, and though he didn’t win last Sunday at Watkins Glen, arguably he had the most impressive performance of the day. Elliott had to start at the rear after incurring an infraction before the race. He motored past the field and finished second, just behind winner Kyle Larson.

NASCAR returns to a road course Sunday at Indianapolis Motor Speedway, and Elliott’s the favorite to win at +200 at Caesars Sportsbook (formerly William Hill). His team won’t get another penalty like the one that handcuffed him, and he should end up in the winner’s circle. Add him to your list of 5 bets.

Register a new account at Caesars Sportsbook. If you lose your first bet, earn a Free Bet in equal value up to $5,000! 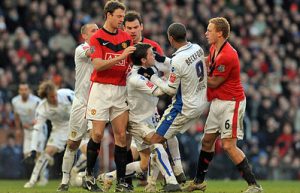 Leeds United makes its return to the English Premier League following its promotion from the ECL last year. The team’s reward is facing powerhouse Manchester United in the opening game of the season.

Leeds can score, but they haven’t faced a defense like Man U, and should have a hard time overcoming that disadvantage. I’ll take Manchester United to cruise to an opening victory.

Are You the PA Lotte