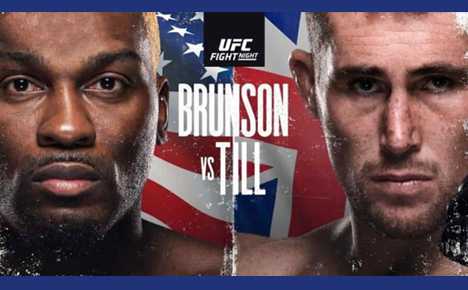 With fall fast approaching, a multitude of sports are underway, and 5 Bets is taking advantage of the variety, including golf, college football, pro football, UFC and NASCAR.

The PGA Tour ends its season this week at the Tour Championship, and I like one golfer who’s had previous success at East Lake Country Club in Atlanta. With NFL season a week away, I name my team to win the Super Bowl.

UFC 36 is Saturday night in Las Vegas, and the main event showcases two middleweight contenders who should put on a solid show. The NASCAR Cup Series Playoffs begin on Sunday, and I’m taking a long shot to win the championship.

Finally, college football begins its first full week of action. There’s a Big Ten matchup I’m fond of, and you might be surprised at who I’m taking.

Thomas Could Grab a Victory at Tour Championship 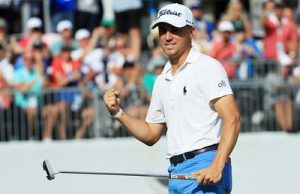 A lot is being made of Jon Rahm and Patrick Cantlay as potential Tour Championship winners, but don’t let Justin Thomas go unnoticed.

Thomas enters the final event of the regular season as the No. 6 seed, and will only be six strokes behind Cantlay with the modified system when they tee off on Thursday.

That won’t be a problem for Thomas to make up, and at +1600, there’s a lot of value there. In the past, Thomas has thrived at this course, tying for second twice and posting three other Top 10 finishes. It won’t be surprising if Thomas is at the top of the leaderboard come Sunday evening. Add him to your 5 Bets. 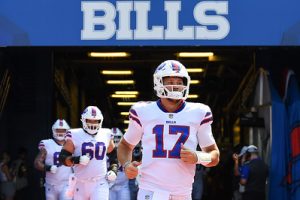 With just a week until the NFL regular season, I’ve already picked my team to win the Super Bowl. I like the Buffalo Bills, who are +1100 to hoist the Vince Lombardi Trophy.

The team lost in the AFC Championship to the Kansas City Chiefs, 38-24, but this year, I think they’ll reach the title game. The Bills will definitely be tested in the regular season—they have a tough schedule, facing Pittsburgh, KC and Tampa Bay.

They have a potent passing attack that was third in the league last year. There’s a question at running back, but if Devin Singletary and Zack Moss can even be average, they should be all right.

The defense should be markedly improved. They shored up pass rushing deficiencies, and if they can avoid injuries that hurt them at linebacker, they’ll be a force on that side of the ball.

A lot will have to go right for the Bills to win the Super Bowl, but at +1100 at Caesars Sportsbook (formerly William Hill), I’m willing to throw some money at that underdog. 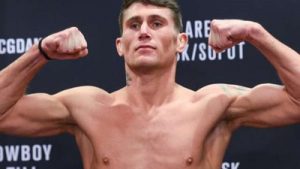 There’s a lot to not like in middleweight Darren Till, who will face Derek Brunson in the main event at UFC 36. The Englishman, now the -160 favorite at BetRivers, hasn’t fought since losing a unanimous decision to Robert Whittaker in July 2020.

That loss was Till’s third defeat in the previous four fights. But before that stretch, he was unbeaten in 18 bouts.

For his return to the ring, Till is taking on Brunson, who has a reputation of defeating fighters who are trying to climb in the rankings. Brunson is ranked fifth while Till is seventh, and whoever wins on Saturday should get a shot at Jared Cannonier.

Despite his year-long layoff, I’m going with the favorite in this week’s 5 Bets. I think Till will easily defend Brunson’s take-down approach.

For most of the first half of the NASCAR regular season, Denny Hamlin looked like a lock for the regular-season title. Even though he didn’t have a victory, Hamlin was at the top of the standings until Kyle Larson took Watkins Glen in August.

Hamlin couldn’t keep up with Larson’s five victories, and ended the season winless. Even so, the Joe Gibbs Racing driver enters the playoffs in seventh place, and believes he has a realistic chance to win the Cup Championship.

“We’ve got to just keep performing like we’ve been doing, keep running up front and then we’ll win and keep moving on,” Hamlin said. “Every week we give ourselves a chance, so I’m excited for the playoffs to start, especially these first rounds of tracks. We definitely want to just keep getting some momentum, keep performing well and things will fall our way.”

While Larson is the favorite to win at PointsBet at +225, Hamlin is the better play at +700. I’ll take Hamlin and hope for an upset for 5 Bets.

The Michigan State Spartans kick off their season by traveling to Evanston, Illinois Friday and playing the Northwestern Wildcats. MSU is a 3-point underdog and +135 on the moneyline at Caesars, but I don’t believe they should be getting points.

A lot of bettors don’t, either. The game opened with Northwestern -7, and the line quickly went down to three as the money poured in for the visiting team. The line hasn’t moved since the initial bump, but MSU backers could wait to see if it goes any more in their favor.

There’s a revenge factor for the Wildcats after losing last year on the road. I just don’t think they have enough offensive consistency to win as the favorite. I’ll take the Spartans and the three points.