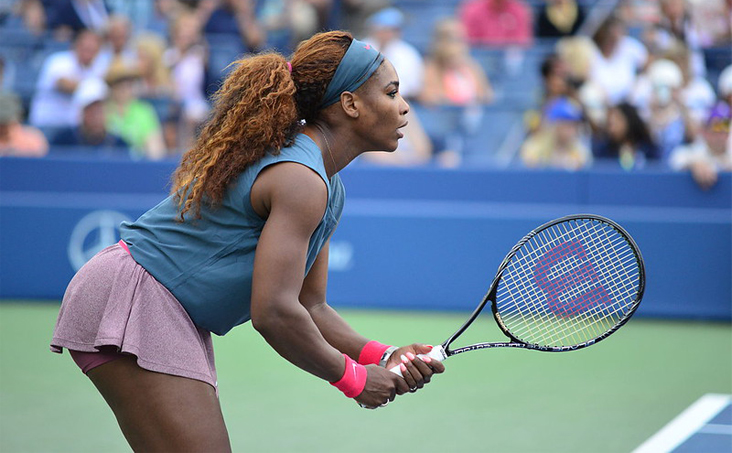 Football season’s over, but there’s still lots of betting ahead: UFC 258, the Australian Open, the Daytona 500, Pebble Beach—and looking ahead, Super Bowl LVI futures. Here are the Top 5 bets to make this week. 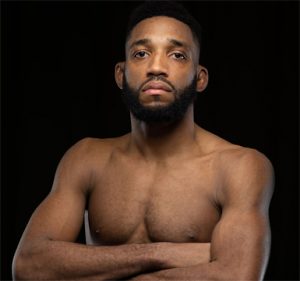 In his short MMA career, welterweight Philip Rowe has proven he can defeat the favorite, and at +105, he looks like an attractive pick over Gabe Green at UFC 258, this Saturday, February 13 in Las Vegas. Green, who’s at -125 to down Rowe, came off a two-year layoff and lost to Daniel Rodriguez in May 2020.

Signed recently by the organization’s CEO Dana White, Rowe is making his UFC debut. After losing his first two fights, he’s won seven in a row, and took down the favorite, Leon Shahbazyan, in his last bout.

Though the experts like Green to win this fight, citing his style in the octagon, we’re calling for Rowe, the “Fresh Prince,” to pull off the upset. Rowe’s proven he can hang with opponents who are supposed to beat him, and he won’t be intimidated by Green.

In addition, Rowe is five inches taller, and has an eight inch reach advantage. That should negate Green’s power, and if the two get into a slugfest—which should be the case—Rowe might have the edge.

Don’t miss the daily Odds/Line Boosts at GoldenNuggetCasino.com! Golden Lines are an exciting way to boost your odds on sporting events and are available across all bet types and sports.

Serena Williams has 23 Grand Slam titles, though she hasn’t won one since the Australian Open in 2017.

At odds of 7/1, however, this might be the time to take a flyer on the 39-year-old. We’re certainly willing to grab her at these odds, especially given her performance in the first two rounds. Both have been straight-set wins. In her first-round match, Serena defeated Laura Siegemund, 6-1, 6-1. In her second contest against Nina Stojanovic she prevailed, 6-3, 6-0.

After her first match, Williams told reporters she was just happy to be competing again after a tumultuous 2020.

“Last year was very crazy for the world, and to be able to do what I love and to be able to come out and compete and play the Grand Slam after the last 12 months, it makes me appreciate the moment even more,” Williams said.

The Australian Open runs through the weekend of February 20-21 and can be viewed on ESPN, ESPN2, ESPN+ and the Tennis Channel with streaming at ESPN.com or on fuboTV.

Make your first sports wager at BorgataOnline.com, and you’ll receive $100 in free bets. Just place a $20 wager on any sport (minimum odds of -200 or greater).

3. Molinari Over Spieth at Pebble Beach 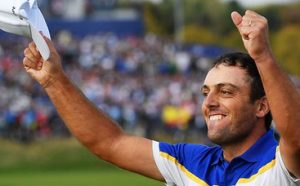 A lot was made of Jordan Spieth finishing tied for fourth at last week’s Waste Management Phoenix Open, and for good reason. It was the best result for the 27-year-old since a tie for third at the 2019 PGA Championship.

But at TPC Scottsdale, balls can be sprayed around the course, and by Spieth’s own admission he got away with having a fickle driver. That won’t be the case at the Pebble Beach Pro Am. The three courses used in the rotation are all fairly tight tracts, and for someone who is 236th in driving accuracy, that doesn’t bode well.

Francesco Molinari has been playing strong golf, finishing tied for eighth at the American Express, and tied for 10th at the Farmers Insurance Open at Torrey Pines. In a head-to-head matchup at (affiliate link) BetMGM, Molinari is at +110, while Spieth is the favorite at -135.

We’ll take the Italian to get the better of Spieth at Pebble Beach, February 11-14. The tournament will be broadcast on CBS and the GOLF Channel.

4. Hamlin Should Dominate at Daytona 500 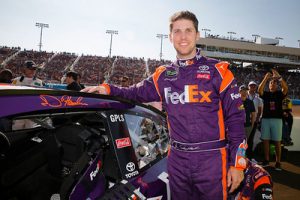 Since 2016, no one has been more dominant at the Daytona 500 than Denny Hamlin. The 40-year-old has finished first, 17th, third, first and first. Hamlin became the first driver since Sterling Marlin in 1994-95 to win two in a row. Now he has a chance to become the first NASCAR driver to win three consecutive Daytona 500 races.

Hamlin told reporters this week that winning three in a row would be a great accomplishment, but he already feels like he’s done something special.

“It’s truly, in my mind, harder to win now,” Hamlin said. “The field is closer, the chances of you getting in wrecks is higher, and everyone’s car is so close.”

We think Hamlin could capture a third straight Daytona, but we’re going to hedge a bit and take him to finish in the Top 2. Those odds pay off at +450, and if he wins, we’ll still have a nice payday.

The Daytona 500 starts Sunday, February 14 at 2:30 p.m. ET. It will be broadcast live from Daytona International Speedway in Daytona Beach, Florida on FOX-TV, MRN and SiriusXM NASCAR Radio. 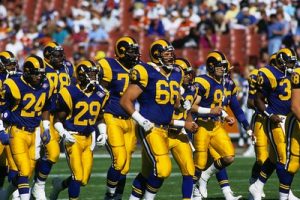 It doesn’t take long for the sportsbooks to put out the odds for the next year’s Super Bowl, and one team caught my eye. The Los Angeles Rams are at 12/1 to win the Big Game in 2022.

We saw what a great defense can do in the Super Bowl last weekend, when the Tampa Bay Buccaneers dominated the Kansas City Chiefs’ offense, and frustrated one of the game’s great quarterbacks.

The Rams have a better defense than the Bucs, and if newly acquired quarterback Matt Stafford can lead the offense, Los Angeles could feast on NFC opponents and reach the Super Bowl.

Get your 5 bets every week at iGamingPlayer. And check our track record right here.