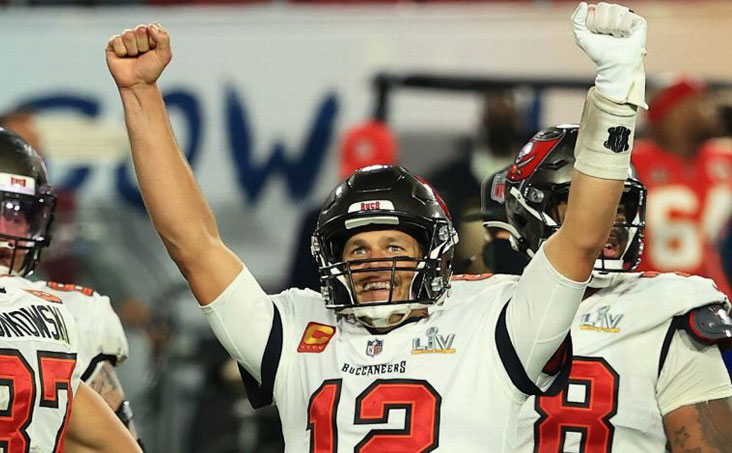 After a wild and crazy first week of college football, 5 Bets is ready for NFL season—and a kickass showing from the Tampa Bay Bucs.

After a crazy first full week of college football, 5 Bets is ready for NFL season. It’s doubtful that pro football’s launch will be as wild and crazy as the NCAAF opener, but there are some very attractive wagers out there.

One NFL bet I like involves the defending Super Bowl champions, who will host a team with a lot of question marks. In college, I’m picking a team that was embarrassed by No. 1 Alabama to have a rebound and take it out on this week’s opponent.

The 2021 season for golf is over, but the Ryder Cup is two weeks away, and I like the visiting squad to repeat as champions. NASCAR is in the second week of the playoffs, and Denny Hamlin won his first race of the year last week. He’s the second pick behind favorite Martin Truex Jr., but I’m partial to another driver who’s had success at Richmond.

The last wager is on the Premier League. Two teams that will face off on Saturday have had draws in two of their three most recent matches. I like the odds for another tie.

Some of you out there are on the Dallas Cowboys bandwagon, and you have my sympathy. The Cowboys are one of the most overrated teams in the NFL in my opinion, and the Tampa Bay Buccaneers will make that painfully obvious on Thursday.

Put aside the rumors saying Dak Prescott’s shoulder is still not at 100 percent. The offense lost starting right guard Zach Martin when he tested positive for Covid-19. Tampa Bay’s run defense was the best in the NFL, and they return all of the starters from that squad.

Martin’s absence may force Prescott to pass more, and I’m not willing to depend on his arm. The Bucs are favored by 7.5 points at BetRivers, and in this week’s 5 Bets, I can live with laying those points.

Miami Hurricanes to Bounce Back

In the first full week of the 2021 college football season, the No. 14 Miami Hurricanes hosted No. 1 Alabama Crimson Tide. Alabama crushed Miami, 44-13, in a game many thought wasn’t that close.

But Miami hasn’t given up hope for the season. The Hurricanes are in a weak ACC Conference and can still finish on top of it. The first step is getting past non-conference foe, the Appalachian State Mountaineers on Saturday.

Not only will Miami win, they should blow out the FBS team. The line is -8 Miami at BetMGM. Gamblers believe the Hurricanes will struggle against App State. I do not. I wouldn’t be surprised to see a blowout, but at the very least I think Miami will win by two touchdowns. 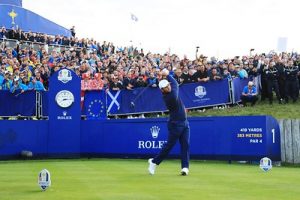 Every year, the U.S. Team is the favorite in the Ryder Cup. And more often than not, they end up scratching their heads after another upset loss. The reason is simple. The European Team plays like a team, while the Americans have a hard time grasping that concept.

This year, the divisiveness between some of the Americans is apparent. Bryson DeChambeau has feuded with Brooks Koepka and Patrick Cantlay. He’s a lightning rod for controversy, and I don’t think the other teammates can get over that.

Throw in potential captain’s pick Patrick Reed, another controversial golfer, and this team might fall apart before the first day.

Meanwhile, the Europeans will do what they usually do: dominate the first two days, then hang on in the singles and keep the Ryder Cup. They’re +175 at Caesars Sportsbook to pull off the upset, and I’m all over it. Add the Euros to your 5 Bets.

Kyle Busch had a disastrous race last week in Darlington Raceway. He tangled with Austin Dillon, and his car sustained heavy damage. On the way back to the garage, he raced into an area near spectators and was fined $50,000 by NASCAR.

The finish knocked Busch out of the race for the next 12 in the playoffs, and if he’s going to get back in contention, he needs a high result this week at Richmond Raceway. Fortunately, this is a track Busch enjoys. He has six consecutive Top 8 finishes at Richmond.

Picking Busch to win might not be the play, however. I like him finishing in the Top 3 at +200 at PointsBet. It’s a safer bet, and one that could pay off.

It’s early in the Premier League season, and many teams are trying to find what they have to work with this year. Tottenham had a hot start to the season, winning its first three games. Crystal Palace is winless so far, going 0-1-2.

The last three times these teams squared off, it ended in a tie. I think Crystal Palace will cool off Tottenham, and escape with their third tie of the year. The odds are +245 that it’ll end in a draw, and I like getting nearly 2.5 times my bet.