This week’s 5 Bets include a great NCAAF over, a flier on the Pittsburgh Steelers, plus CFL, UFC and the Ryder Cup. Let’s fill out those bet slips.

In college football this week, I won’t lay more than three touchdowns but go with an attractive over bet. In the NFL, I’m ready to pounce on a low number against a team that might be tired after a short week. In the Canadian Football League, I like an under with two offensively challenged teams. And for UFC Vegas 37 on Saturday, I predict an upset in one of the main events. My final pick is a future bet on a golfer who should perform well in next week’s Ryder Cup.

Expect Lots of Points at Oklahoma-Nebraska 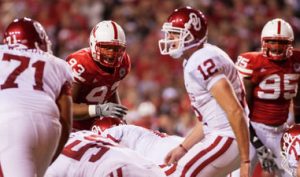 There’s no mystery behind the Oklahoma Sooners offense. These guys like to score and score and score some more. Last week, they hung 76 points on the Western Carolina Catamounts, and the week before put up 40 on the Tulane Green Wave.

While I trust the Sooners to score points in bunches, I don’t like betting them against the spread. In the Tulane game, they let the Green Wave score 35 points, and missed covering by 26.5 points. So this Saturday against the Nebraska Cornhuskers, I’m not sure about laying 22.5 points, but I’ll gladly take the over of 62 at BetRivers.

I have serious doubts about the defense of the Sooners, as I did last year and the year before. I can see Oklahoma getting to 40 points and Nebraska keeping up with them through the third quarter. By then, we should see a total of 62 points. 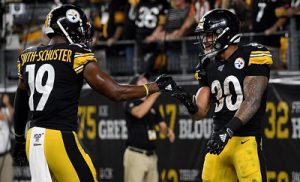 It seems the Pittsburgh Steelers have been snake-bitten by the Las Vegas Raiders, even though right now they’re the better team. In the last seven games, Pittsburgh is 2-5.

The last time the two played was 2018 and Pittsburgh lost, 24-21, as a three-point favorite. But this year should be different. The Steelers went into Western New York in Week 1 and manhandled the Buffalo Bills, 23-16. The Raiders were lucky to win their home opener on Monday, downing the Baltimore Ravens in overtime, 33-27.

Short weeks are always a disadvantage, especially for teams traveling west to east. Las Vegas had to get on a plane and fly to Pittsburgh, trying to prepare for a team that silenced a lot of critics last week.

If the Pittsburgh offensive line can hold off the Raiders front four, they should win this game. Their defensive line might feast on the Raiders O-line, and having to lay five points at Caesars Sportsbook, I’ll take the Steelers to win by at least a touchdown. 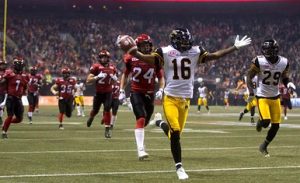 There are plenty of questions going into Friday’s Canadian Football League matchup of the Calgary Stampeders on the road against the Hamilton Tiger-Cats.

The under seems like the play here. In the 11 games the two have played so far this year, the under has hit in seven of them. For Friday’s game, the under is at 41.5. That’s a shockingly low number for a professional football game, but not so much when you look at the variables.

Hamilton is down to third-string QB David Watford, and inexperience is rampant throughout his resume. Calgary is relying on backup Jake Maier, so I expect a lot of incompletions and a low-scoring game. 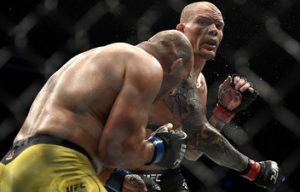 There’s no doubt that Anthony Smith is an accomplished MMA fighter, but going up against Ryan Spann at UFC Vegas 37 Saturday night could be a stumbling block for the veteran. While Smith is the -160 favorite, Spann at +140 at PointsBet provides a lot to like.

If the stats are any indication, the underdog Spann has a big advantage. The 30-year-old is three years younger than Smith, and is not only an inch taller, but has a three-inch reach differential.

Spann has the edge in striking defense, striking differential, takedowns average, takedown accuracy and takedown defense. Spann has the punching power, as evidenced by his five knockouts/TKOs.

For Smith to win, he’ll have to rely on his striking power. But if Spann can absorb an early charge from Smith, he should have the stamina to prevail.

Experience Will Work for Thomas at Ryder Cup 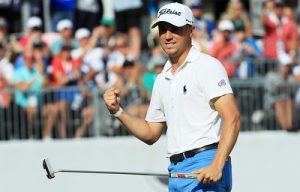 While fishing around for the best odds on next week’s Ryder Cup competition, I found this gem in the props bet section at BetMGM. Justin Thomas is listed at +700 to be the top points scorer for Team USA.

Thomas has only played in one Ryder Cup competition, but he compiled a 4-1-0 record—one of the best showings among the Team USA members.

I like Thomas to do well, because he’ll play a lot. With six rookies on the team, they’ll rely on him to earn as many points as possible. I’m not sure how well Team USA will do, but I’m fairly confident Thomas will be one of the stars.

Is Your Online Casin