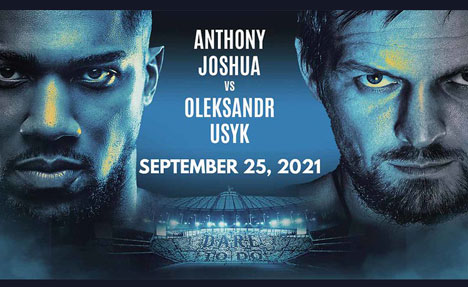 In this week’s picks: pro and college football, a heavyweight title bout, NASCAR and Ryder Cup golf. Read on before you fill out your bet slip.

College and professional football are cranking along, and a heavyweight title fight this weekend makes us happy at 5 Bets. It should be a good bout as Anthony Joshua faces heavyweight newcomer Oleksandr Usyk.

The Ryder Cup begins Friday, and Team USA is heavily favored to defeat the Europeans. But for that to happen, they’re going to need points from their six rookies. I like one newbie in particular to push Team USA to victory.

Finally, NASCAR is at the Las Vegas Motor Speedway Sunday, and I’ll take a driver a little down on the betting board to win for the first time.

Are you wagering to win? Don’t fill out your bet slip without read John Reger’s 5 Bets, every week at iGamingPlayer. 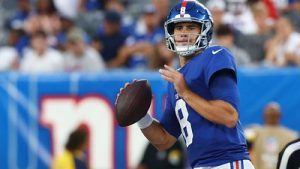 No one claims the New York Giants are a powerhouse NFL team, but they shouldn’t be winless on the season. I believe they’ll get their first victory this Sunday against another 0-2 team, the Atlanta Falcons.

The Giants had a chance to win versus the Washington Football Team last Thursday, and were leading 29-27 with seconds remaining when Washington missed a field goal to conceivably win the game. An offsides penalty gave Washington another chance, and they were able to convert.

There should be no such gaffes against Atlanta. The Falcons are in the running for worst team in the NFL. They lost their first game against the Philadelphia Eagles by 26 points, then followed it with a 23-point loss to the Tampa Bay Buccaneers.

It’s surprising in a way that the Giants are only laying three points. Atlanta is awful against the pass, and even New York QB Daniel Jones should have success here. Also, Atlanta is on the road for the second straight week. I like the Giants to get their first win by at least a touchdown, maybe more. Add this one to your 5 Bets.

2. Joshua Will Pass Test Against Usyk 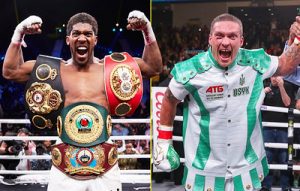 This is one of those fights that has several sportsbooks backing the underdog. I think Usyk will give Joshua more than he can handle, but the champ will hold off Usyk. With that reasoning, I’m taking Joshua to win by a decision or technical decision at +300 at PointsBet.

This will only be Usyk’s third fight in the heavyweight division. He dominated at cruiserweight, but surrendered his titles to move up. In his two heavyweight fights, Usyk won both, one by TKO and the other by a decision.

The Ukrainian has never been knocked out, and I don’t think he will be against Joshua. But I do think the champ will retain his belts in a fight that goes the distance. 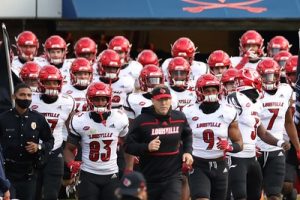 The Cardinals upset the University of Central Florida Knights last week for their second victory. Meanwhile, FSU has been a dumpster fire. They lost to Notre Dame, a game they should have won, and were upset the following week by Jacksonville State. Last week, they were trounced by Wake Forest.

On Saturday, the Seminoles host Louisville with a puzzling line by sportsbooks. The game opened with the Cardinals favored by a point. It climbed as high as 2.5. BetRivers, like most facilities, now has it at 2.

If the Cardinals can upset the UCF Knights, they can handle a much inferior FSU squad. I’m taking Louisville. 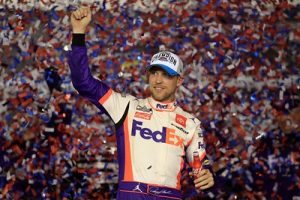 Denny Hamlin may have finally figured out the Las Vegas Motor Speedway. After stumbling around the track in seven races, finishing no better than sixth, Hamlin has gone fourth and third his last two times there.

Larson is problematic. He won last week at Bristol, and could easily go back to back. But I think Hamlin can sneak into the winner’s circle, and he’s on my list of 5 Bets.

Team USA is a -188 favorite at BetMGM to win the Ryder Cup, but if they’re going to snatch the trophy away from the Europeans, they need help from the six rookies on the team.

Patrick Cantlay could be pivotal in this bunch. The FedEx Cup winner has shown what he can do under pressure, and could be instrumental in the win. I like him as the overall points winner at +1100.

While favorites like Jon Rahm will be dueling with America’s best, Cantlay may get weaker competition. That could allow him to run the table and gobble up points. With these odds, he’s great to take a chance on.