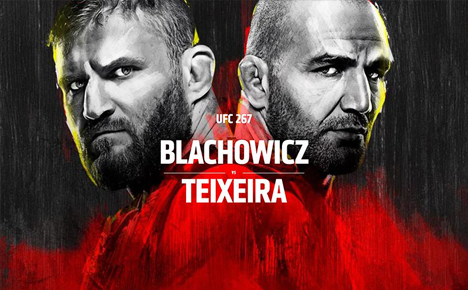 Some of this week’s 5 Bets go out on a limb. Some play it safe. Get in on all the picks for PGA’s Bermuda Championship, football, NHL and UFC 267.

In this week’s 5 Bets, I’m going a little conservative with my wagers—betting on the PGA Tour’s Bermuda Championship, but not choosing an outright winner. Instead, I’ll go with the winning margin.

In NCAA football and NFL, I took heavy favorites, laying big points, and confident that they’ll cover. The college team is 6-1 ATS, and the NFL team covered a double-digit spread earlier this season.

I also look at the Main Card of UFC 267, leaning on the favorite to retain his light heavyweight title.

The last of my 5 Bets is on the over/under of an NHL game. I like the over, and think both teams are able to cover it. 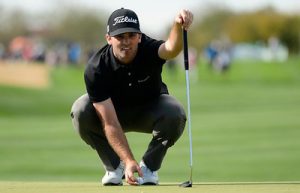 It’s hard to sample margins of victory for the PGA Tour’s Bermuda Championship, since the tournament has only been around since 2019. In the inaugural event, Brendon Todd won by four strokes over Harry Higgs. Last year, Brian Gay prevailed in a playoff with Wyndham Clark.

Predicting how much the champ will win by is a bit of a guessing game. But I think this year someone will win by two shots. Caesars Sportsbook has odds of +350 for that margin, so I like this value bet.

As a side note, if I had to pick a winner, it would be Denny McCarthy. He finished tied for fourth at Port Royal last year, and he’s getting odds of +4000.

Bet on the Bermuda Championship at Caesars Sportsbook. New players earn a Free Bet in equal value up to $5,000! Terms apply. 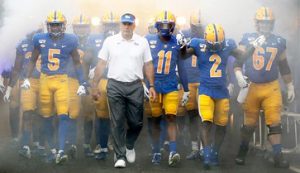 The Pittsburgh Panthers have been a top collegiate team when it comes to covering the spread. The Panthers are 6-1, having defeated Clemson last weekend by 10 points as a 3.5-point favorite.

This Saturday, the Panthers face the Miami Hurricanes and are a 10-point pick at most sportsbooks. I was fortunate to find them at nine at Circa, so I jumped on that.

Besides the Panthers’ ability to cover the spread, I like that Pittsburgh has easily handled better teams than Miami. Giving up nine points really doesn’t concern me too much.

Besides, as good as Pittsburgh has been ATS, the Hurricanes have been just as bad. They’re 3-4 ATS, and have been unable to cover against teams like the Virginia Cavaliers and the Appalachian State Mountaineers. Miami has covered the last two games and that’s a bit concerning, but I feel good about the Panthers getting another win ATS. Add them to your 5 Bets.

Get in on some NCAAF action at Unibet Sportsbook. Join today. Once you add funds, your first cash bet is insured up to $500 if you don’t hit a winner.

Gambling pundits made a lot about the 16.5 points the Los Angeles Rams gave to the Detroit Lions last Sunday. Some believe double-digit spreads are hazardous to a bettor’s wallet.

It’s true the Rams didn’t cover, but it was only the third time this season a team favored by 10 or more didn’t do so. Eight other teams have covered this year. One of those was the Buffalo Bills. In Week 4, they were favored over the Houston Texans by 19 points, the second largest line this season. The Arizona Cardinals were 20-point picks last week against the Texans.

Both Buffalo and Arizona covered, and I think Buffalo will do it again this Sunday. The Bills are at home against the Miami Dolphins and are laying 13.5 points at PointsBet. The Dolphins were getting 11.5 points against the Tampa Bay Buccaneers in Week 5 on the road, and couldn’t cover then. They won’t do it against the Bills, either, so add this to your 5 Bets.

4. Blachowicz Ready for Another Title Defense

It would be tempting to take an underdog against light heavyweight champ Jan Blachowicz, seeing that he’s 38 years old. But his opponent in Saturday’s Main Card at UFC 267 is 41-year-old Glover Teixeira.

While health experts might say 40 is the new 30 in regular life, in MMA it’s bordering on senior citizenry. Teixeira is a +215 underdog at BetRivers, while Blachowicz is -275.

The champ has already had one successful title defense, a unanimous decision in March against reigning middleweight champion Israel Adesanya. Saturday at Fight Island in Abu Dhabi should see another victory for Blachowicz.

Bet on Blacho at BetRivers and your first deposit will be matched dollar for dollar up to $250.

5. Tampa Bay Pushes the Over 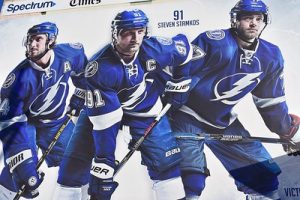 The Tampa Bay Lightning might be sputtering to begin the NHL season, but the defending Stanley Cup champs know how to score goals. They’ve played seven games and have a 3-4 record, but are 4-2-1 on the over.

On Thursday, the Lightning are playing the Arizona Coyotes and the over/under is set at six goals. I like the over a lot in this game. The Coyotes are winless on the season, but they, too, are hitting the over at 3-2-1.

Tampa Bay is back at home after two road games and hasn’t played since a 5-1 victory over Pittsburgh on Tuesday. The Coyotes are on the second game of a five-game road trip. Look for Tampa Bay to score at least four goals. Arizona is good for at least two. The worst I expect is a push.

Win or lose, at Resorts Casino, you deserve to score on your 5 Bets. Get a percentage of cash back on monthly sports losses up to $10,000.