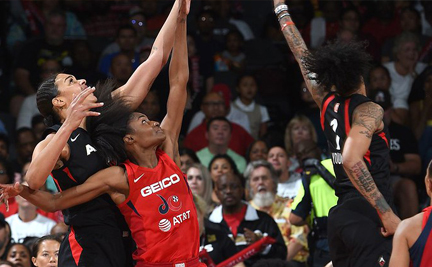 This week’s 5 Bets lean heavily on basketball, both the NBA and WNBA. We also make picks for the Genesis Invitational, NASCAR’s O’Reilly 253 and an MLB futures bet.

For this week’s 5 Bets, we lean heavily on basketball, both the NBA and WNBA. Rounding out our best bets are picks for the PGA Tour stop at the Genesis Invitational, NASCAR’s O’Reilly Auto Parts 253, and an MLB futures bet. 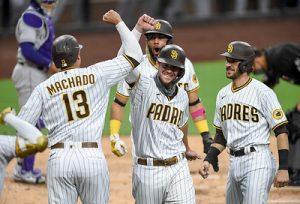 Pitchers and catchers report this week as Major League Baseball Spring Training kicks off, and the most anticipated race is going to be the National League West. The Los Angeles Dodgers and San Diego Padres should be the best storyline in baseball this season.

Oddsmakers have the Dodgers repeating as the National League champs at +170, but the better bet might be taking the Padres at +425. San Diego was busy in the offseason, and might have enough weapons to usurp the defending World Series champions.

San Diego added starting pitchers Yu Darvish, Blake Snell and Joe Musgrove, and has its most talented rotation in years. Some fans don’t believe it’ll be enough against the Dodgers, but Los Angeles is relying on aging veterans Clayton Kershaw and David Price. If they falter at all, the Padres should be poised to take over as the best team in the west.

Before you bet, bone up on the current Padres lineup. Just click here.

Last year the Las Vegas Aces lost in the WNBA Finals to the Seattle Storm. Without standout player Liz Cambage, the Aces were swept. Cambage is a free agent, but expected to be back with the club. That should help the team reach the finals again—and this time win it.

The Aces are the second pick at +350, with defending champions Seattle the favorite at +160. But Las Vegas might be your better choice, not only for the better odds, but because they should have the stronger team.

Las Vegas already scored a victory over Seattle in free agency. The Aces lost guard Kayla McBride, who left for Minnesota as a free agent. And the team quickly picked up Chelsea Gray from the Los Angeles Sparks. She’s considered the better of the two guards.

Another valuable addition came from L.A., when Riquna Williams followed Gray up to Sin City. Williams gives them some bench strength as well as more scoring.

Meanwhile, Seattle got hammered in the free-agency period, and failed to keep stars Natasha Howard and Alysha Clark. That was a big blow to the Storm. Young talent such as Breanna Stewart, Jewell Loyd and Jordin Canada return, but losing Howard and Clark might be too much of a liability if these two teams return to the finals.

3. Utah Jazz Could Win the West 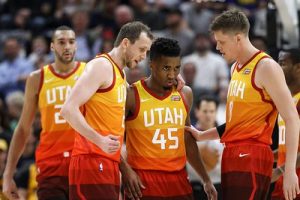 Utah has the best record in the NBA, and the team’s won 19 of its last 20 games. The Jazz may be able to take advantage of the Lakers, who just lost star Anthony Davis for at least three weeks as he nurses an Achilles injury.

When the playoffs come in March, Utah might be the more rested team, and be able to take the Lakers if they both reach the conference finals.

The Genesis Invitational at Riviera Country Club is loaded with talent this week. The No. 1 ranked golfer in the world, Dustin Johnson, is the favorite at +550. Jon Rahm, Justin Thomas and Rory McIlroy are next at +1300. 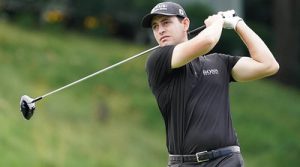 But the golfer we like this week is Patrick Cantlay. The 28-year-old, who played at this course constantly when he was at UCLA, has had success here and on the PGA Tour so far this year.

In five events dating back to October, Cantlay has one victory, one second, and one third. The second came at the American Express at the end of January, and the third was at the Pebble Beach National Pro-Am last weekend.

After his final round at Pebble on Sunday, Cantlay told reporters he feels strongly about the state of his game. “All parts of my game are really good and I really love Riviera, so I’m going to go down there next week, get rested over the next couple days, and know that my game’s in a good spot.”

In his last three appearances at Riviera, he’s finished 17th, 15th, and fourth. At +1600, he’s a great value play, and our fourth best bet of the week.

Paige knows golf. Get to know Paige. See Paige Spiranac’s Boost of the Week at PointsBet.com! 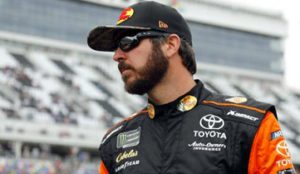 NASCAR remains at Daytona for the second straight week, but will be on the road course for the O’Reilly Auto Parts 253 this Sunday, February 21. Chase Elliott, who won the inaugural race last year, is the favorite to win again at +325.

But a better pick might be Martin Truex Jr. at +550. The second choice has won on road courses four times in his career. At the O’Reilly Auto Parts 253 last year, he finished third.

Bettors, if you want to back Truex, better do it soon. He’s already been bet down from his opening odds of +600, and could go lower before Sunday.

For iGaming Player’s recent NASCAR coverage, click here. And be sure to check in every week for 5 Bets!

Make your first sports wager of $20 or more at BorgataOnline.com and you’ll get $100 in free bets. All sports qualify (minimum odds of -200 or greater).