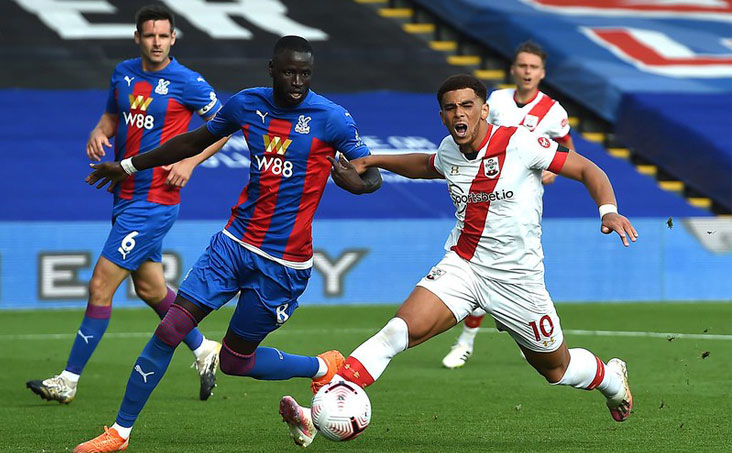 5 Bets is on a roll. This week’s wagers cover NHL, EPL, NFL, college football and the PGA Tour’s RSM Classic. Get in on the win!

Brimming with confidence after going 4-1 last week, I enter this week’s 5 Bets looking at the same types of wagers.

The first of my 5 Bet is on an NHL game that I believe will easily hit the over in goals. I correctly called the United States over Mexico in World Cup soccer qualifying, and predict that two English Premiere League teams will play to a draw on Saturday.

The only sport I didn’t get right in last week’s 5 Bets was golf, so I’m taking another crack at it. Instead of predicting a winner, however, I’ll go the safer route and take a golfer to finish in the Top 5 at the RSM Classic.

Football is always big on my betting slip. In this edition of 5 Bets, I have bets on NFL and college games. Both teams are top-tier, and I’m giving up double-digit points in both contests. 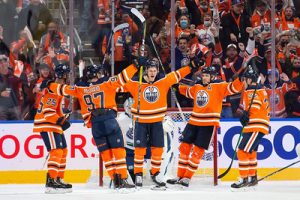 The Edmonton Oilers are one of the highest-scoring hockey teams in the NHL, led by Connor McDavid and Leon Draisaitl—first and second in the league in points, with 105 and 84, respectively.

On Thursday, the Oilers face the Winnipeg Jets, who beat them Tuesday, 5-2 (despite the defeat, the Oilers still covered the over of 6.5 goals).

Thursday’s total is set at six, and I like it for two reasons. First, the Oilers are home for the first time in two weeks, coming off a long five-game road trip. Second, Edmonton has one of the best over records in the league, at 10-4-1.

Wager to win, like Reger! Don’t fill out your bet slip without reading John’s 5 Bets, every week at iGamingPlayer.

Burnley-Crystal Palace Fit to Be Tied

In the last six matches between the English Premier League’s Burnley and Crystal Palace, there hasn’t been a draw, with each team winning three.

Saturday, the two clubs face each other, and they’re overdue for a tie. Golden Nugget also has a tie at +225, so I like the odds.

Burnley is one of three teams in the early running for regulation, and they must look at this match as winnable. Crystal Palace has won its last two matches, but played to a draw in the four previous games.

EPL fans, double down on your first settled bet at the Golden Nugget Sportsbook. Just place your bet on any market (minimum odds -200). Your stake is matched with a Free Bet up to $250.

Swedish golfer Alex Noren has played in the RSM Classic twice, finishing in the Top 20 both times. He tied for 10th in 2019, and tied for 18th last year.

The 39-year-old has also played solidly outside the PGA Tour. He hasn’t missed a cut in seven worldwide events, and in four of those tournaments made the Top 20, including a tie for 12th at the Alfred Dunhill Links Championship in October.

Noren doesn’t overpower a golf course, and at the Sea Island courses in Georgia he won’t have to. As long as he can putt decently, the Swede should be in the mix come Sunday. Noren is at +700 at BetMGM to finish in the Top 5, and the value is there. Add him to your 5 Bets.

Boost your odds with BetMGM’s Parlay Plus. You’ll get up to a 40 percent profit boost building a parlay of four to seven legs.

The Ohio State Buckeyes and big spreads make me nervous. Whenever I back them in a double-digit spread game, I get burned. This year, the Buckeyes are 3-2 when giving away 15 or more points, so I’m cautiously optimistic.

Saturday, they face a Michigan State Spartans team that got more credit than they deserved after upsetting rivals the Michigan Wolverines. And the following week, the Spartans were trounced as favorites to the Purdue Boilermakers.

Now they travel to Ohio to face the No. 5 Buckeyes, who are fourth in the College Football Rankings and clinging to the final spot in the playoffs. The Buckeyes just cannot afford a letdown against Michigan State, and I don’t think they will have one.

On paper, Ohio State looks like it should manhandle MSU. The team is 13th in run defense, allowing an average of 107.3 yards per game. On offense, quarterback C.J. Stroud should have a field day with the Spartans’ pass defense, which is averaging 350 yards per game.

Oddsmakers agree this game should go to Ohio. Caesars Sportsbook has OSU favored by 18.5 points. I’ll lay the points and hope I don’t regret backing the Buckeyes.

Backing the Buckeyes this weekend? TGIF! On Friday, double your stake if your NCAAF team wins at Caesars Sportsbook. 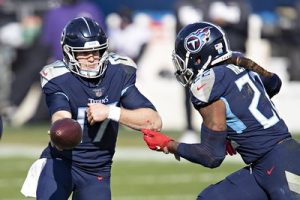 In the AFC, the emphasis has been on the Kansas City Chiefs or the Buffalo Bills. But the Tennessee Titans have quietly put together the longest current win streak in the NFL at six games. They should make it seven on Sunday, when they host the flailing Houston Texans.

BetRivers has the Titans as 10-point favorites, and I believe they’ll cover the big number for two reasons: one, this is Houston’s second consecutive road game (in October, they had back-to-back road games and in the second one, got smoked by the Arizona Cardinals, 31-5). And two, the Texans have been double-digit underdogs five times this season, and failed to cover in three of them.

Tennessee, on the other hand, is peaking at the right time. They’re making a strong case for best team in the AFC, and after Sunday will make another convincing argument toward that goal.

Who’s your pick in Titans-Texans this weekend? Get an early-week Profit Boost on NFL or NCAAF games at BetRivers! Log in each Tuesday for a 20% Boost to be used on pro or college football!